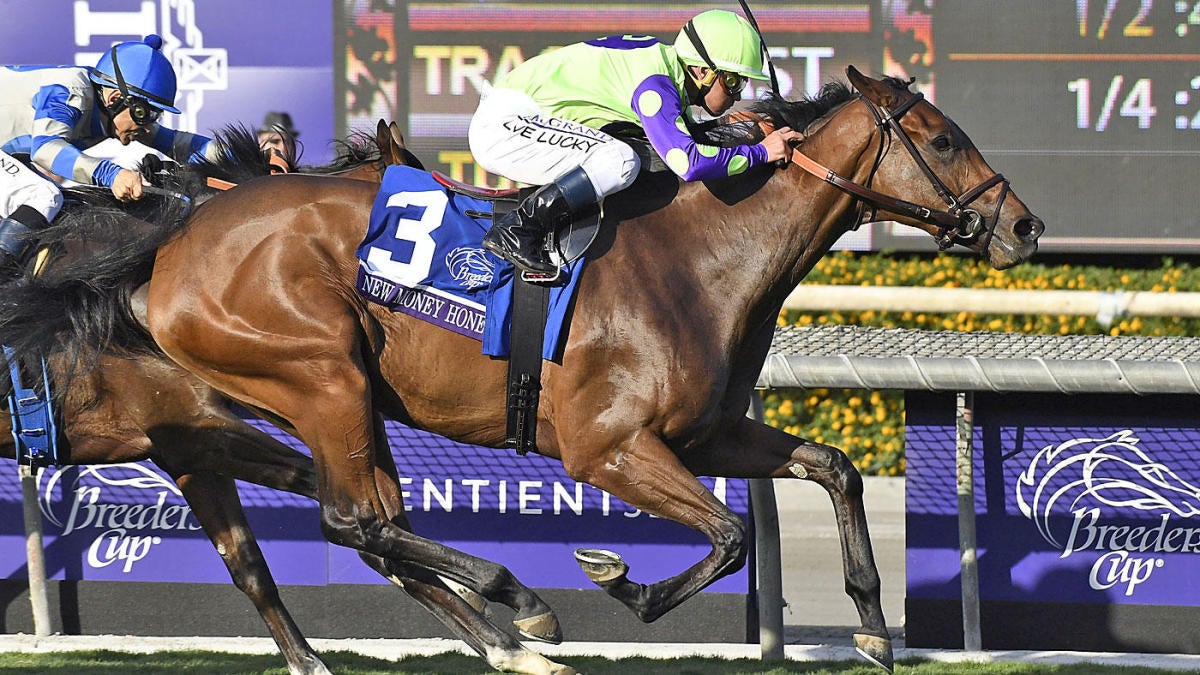 The 2019 horse racing schedule continues on Saturday with one of the richest races in the world, the 2019 Breeders’ Cup Classic at Santa Anita Park. The $6 million race has attracted a talented field of accomplished older horses, up-and-coming three-year-olds and even the classy five-year-old mare Elate. The Bob Baffert-trained McKinzie is the 3-1 favorite in the current 2019 Breeders’ Cup Classic odds, with Code of Honor and Vino Rosso hot on his heels at 4-1. Elate and Higher Power are both listed at 6-1 Breeders’ Cup odds, and six of the 11 horses in the field are at 8-1 or shorter. Post time for the 1 1/4-mile race on the Santa Anita dirt course is at 8:44 p.m. ET. With such an evenly-matched field set to enter the starting gate, you need to see the horse racing predictions from Hammerin’ Hank Goldberg before making any 2019 Breeders’ Cup Classic picks.

The former horse racing analyst for ESPN and NBC, Goldberg became a legendary handicapper by going straight to the source. In 2004, he had dinner before the Belmont Stakes with trainer Nick Zito at a pizzeria in Queens. The dinner led Goldberg to play Zito’s 36-1 monster long shot Birdstone to win and on top of his exacta, trifecta and superfecta bets. If you had laid $300 on Goldberg’s Belmont plays, you would have cashed for more than $21,000.

Goldberg got 2019 off to a strong start by nailing the Pegasus World Cup, the richest horse race in North America. He also nailed the exacta at the Gotham Stakes, Rebel Stakes and Arkansas Derby. Anyone who has followed Goldberg’s lead has seen some huge returns.

Now, Goldberg has studied the 2019 Breeders’ Cup Classic lineup and released his picks, predictions and exotic bets only at SportsLine.

We can tell you that Goldberg is fading Elate, one of the top Vegas favorites. In fact, Hammer doesn’t even think the five-year-old mare hits the board. One of the co-fourth choices at 6-1 on the morning line, Elate has seven wins and seven second place finishes in 16 career starts. She is a perfect 3-for-3 at the Classic distance of 1 1/4 miles.

However, Elate has finished second in her last two races, being caught at 1 1/8 miles. In addition, her perfect record at 10 furlongs did not come against the best competition, such as fillies Escape Clause and Sneaky Betty. At the Breeders’ Cup Classic 2019, Elate will face a significantly tougher field.

Instead, Goldberg is high on a huge double-digit long shot to hit the board. The Hammer is including this horse in his exotic wagers, and so should you. He’s sharing which horse to back only at SportsLine.