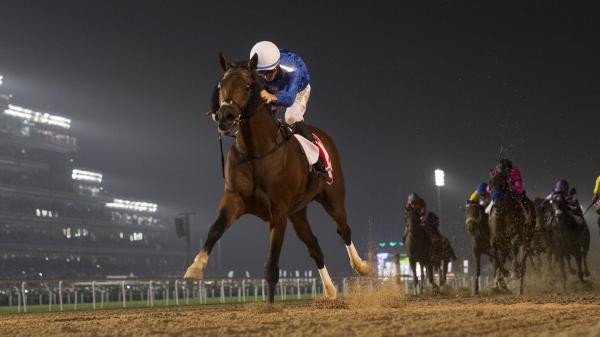 Though the desert might seem an unlikely place for top-tier Thoroughbred racing, it is in fact where global racing stars convene each spring to compete for millions of dollars in purses at the Dubai World Cup. Dubai World Cup day is hosted at Meydan Racecourse and headlined by the Dubai World Cup race itself, annually attracting some of the best horses from America and elsewhere.

Find a rundown of this year’s event by the numbers below.

$0 – The total dollars bet at Meydan on the Dubai World Cup last year. Gambling is illegal in Dubai.

2:01.38 – The fastest time the race has been completed in on the Meydan dirt. Thunder Snow set the record last year and he’s back to defend his title in 2019.

4– The number of Dubai World Cup wins by retired American jockey Jerry Bailey, more than any other jockey. Frankie Dettori trails him with three.

8 – The number of Dubai World Cup winners trained by United Arab Emirates-based Saeed bin Suroor, the most of any trainer.

11 – The number of American-trained horses that have won the Dubai World Cup, most recently Arrogate in 2018.

10.92% – The win percentage of U.S. Thoroughbreds in Dubai World Cup day races, third among countries with at least five runners.

13 – The expected field size for this year’s Dubai World Cup, including the American contingent of Audible, Gunnevera, Pavel, Seeking the Soul, and Yoshida.

14 lengths – The record margin of victory in the Dubai World Cup, when Well Armed won in 2009.

20 – The number of Group 1 wins earned by American-trained Thoroughbreds on Dubai World Cup day, more than any other country.

1996 – The last time Bill Mott, trainer of 2019 contender Yoshida, won the Dubai World Cup. His legendary Cigar won the inaugural edition of the race that year.