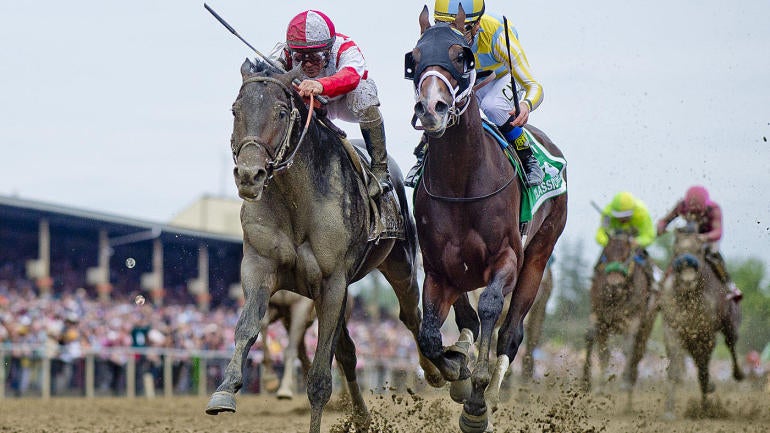 Saturday’s 2019 Florida Derby takes place at Gulfstream Park and could have major implications on this year’s Kentucky Derby. In fact, three of the last six winners of the Florida Derby have gone on to win the Kentucky Derby at Churchill Downs. The latest Hollandale Beach weather is calling for partly cloudy skies and temperatures in the 70s, with a chance of rain just before the 6:30 p.m. ET post time. A total of 11 horses will hit the track for the $1 million race, and seven 2019 Florida Derby contenders are at 15-1 or lower. Hidden Scroll is the favorite with 2019 Florida Derby odds of 5-2, followed by Code of Honor at 3-1. Hidden Scroll will have revenge on his mind too after he finished fourth in the Fountain of Youth Stakes at Gulfstream Park, the final Florida Derby prep race. With so much star power to choose from on Saturday, you’ll want to hear what SportsLine’s Jody Demling has to say before placing any 2019 Florida Derby picks of your own.

A fixture in the horse racing world who has been writing about, talking about and betting on races for years, Demling is off to a hot start in 2019, nailing the superfecta at the prestigious Pegasus World Cup — a $678 payout on a $1 bet — and the superfecta at the Robert B. Lewis Stakes. He also picked the winner of the Risen Star Stakes, War of Will, last month.

Demling picked winners throughout 2018 as well, starting with last year’s Pegasus World Cup. Among others, he produced big winning tickets at the Louisiana Derby, Arkansas Derby, and Belmont Stakes, and he nailed his ninth Preakness in the last 14 years. Plus, he’s hit nine of the last 10 Derby-Oaks doubles at Churchill Downs. That means he’s held a ticket with the winners of both races all but one time in the last decade. Anyone who has followed him is way, way up.

Now, Demling has analyzed the entire 2019 Florida Derby lineup and released where he says every horse will finish, along with his exacta, trifecta and superfecta picks. He’s sharing all of it at SportsLine.

We can tell you Demling isn’t going with the 5-2 favorite, Hidden Scroll, trained by Mott. Hidden Scroll won by an astonishing 14 lengths in his debut, then failed to come through as the favorite in the Fountain of Youth Stakes. In that Derby prep race, Hidden Scroll set a hot pace, but faded to fourth. Javier Castellano has replaced Joel Rosario as Hidden Scroll’s jockey.

“Hidden Scroll needs to relax early in the race,” Demling told SportsLine. “He’s talented, but this is still just his third career race.”

One shocker: Demling says Current, a long shot at 15-1, will make a strong push at the end of the Florida Derby 2019. He’s a long shot that should be on your radar.

Current has had success in major races in the past. In fact, he won the Grade 3 Dixiana Bourbon Stakes at Keeneland last fall and will look to duplicate that performance again on Saturday. Plus, Current’s trainer, Todd Pletcher, has won the Florida Derby a record five times. Current features strong closing speed and Demling believes he’ll be in the thick of things down the stretch.

“Current held his own in training with Sunland Park Derby longshot winner Cutting Humor,” Demling said. “He’ll be coming in strong at the end.”

Demling is also going with a horse that should thrive with the expected 2019 Florida Derby pace. He’s also extremely high on a massive long shot poised to finish strong. He’s including both horses in his exotics, and anyone who follows Demling’s advice could hit it big once again.