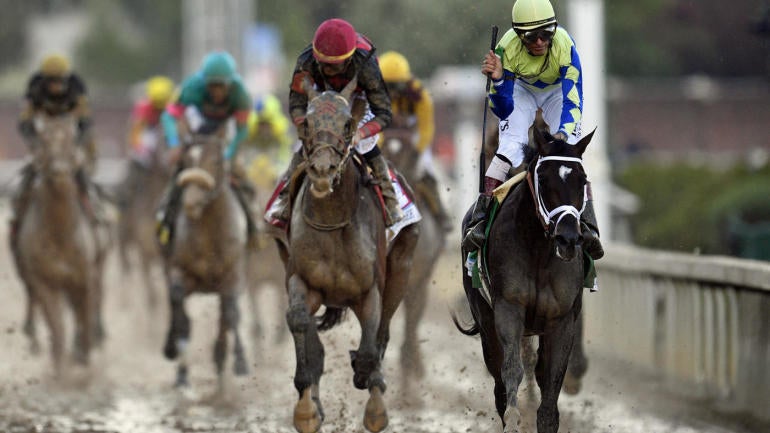 The 2019 Kentucky Derby is a little over a week away, with a full field of 20 horses expected for the biggest day of racing at Churchill Downs. There is no clear-cut favorite for the 145th running of the race, with five horses at 7-1 or lower 2019 Kentucky Derby odds. Omaha Beach, who has won his last three races including impressive wins over top 2019 Kentucky Derby contenders at the Arkansas Derby and Rebel Stakes, is a 7-2 co-favorite along with Roadster, who has won three of four career races including the Santa Anita Derby. Improbable, another three-time winner trained by Hall of Famer Bob Baffert, is at 5-1, while the unbeaten Maximum Security sits at 6-1. Another Baffert entrant, Game Winner, is going off at 7-1. With such a talented field trying to become the next Justify on May 4, you’ll want to hear what legendary horse racing handicapper Hammerin’ Hank Goldberg has to say before placing any 2019 Kentucky Derby picks of your own.

A legendary prognosticator and current CBS Sports expert, Goldberg couldn’t have been more dead-on about the 2018 Kentucky Derby. He picked Justify to win, saying he excelled in the slop. The result: Justify sloshed to victory over Good Magic in the rain and mud by two-and-a-half lengths.

The reason Goldberg has been so successful: He goes straight to the source. Last year at the Kentucky Derby, for example, Goldberg chatted up Gary Young, who timed workouts in California and had watched Justify race. “Justify kept getting bigger and stronger,” Goldberg told SportsLine. “I also talked to Baffert’s camp. They know how to train a competitive horse. I knew Justify would win the Derby and Preakness.”

The year before, he chatted up Chad Brown, the trainer for Cloud Computing, before the Preakness. “He was training off the charts, was Chad’s top horse all year, and had a tough trip in the Wood Memorial,” Goldberg said. “Brown skipped him for the Kentucky Derby, rested him, and trained him up for the Preakness.” When Goldberg learned Javier Castellano was getting off Gunnevera to ride Cloud Computing, the Hammer pounced on the 14-1 longshot to win and put him on top of his exacta, trifecta, and superfecta bets. The result: Cloud Computing beat Classic Empire in one of the most thrilling Triple Crown races ever.

Goldberg has gotten the 2019 season off to a strong start by nailing the winning horse in the Pegasus World Cup, the richest horse race in North America. He also nailed the exacta at the Gotham Stakes, Rebel Stakes and Arkansas Derby. Anyone who has followed Goldberg’s lead is way up.

Now with the Run for the Roses quickly approaching, Goldberg is releasing his 2019 Kentucky Derby picks over at SportsLine.

We can tell you Goldberg is high on Code of Honor, a huge longshot at 18-1 Kentucky Derby odds. Code of Honor defeated other Derby contenders at the Fountain of Youth Stakes at Gulfstream in March, an impressive victory in his first race at 1 1/16 miles. He followed it up by taking third at the Florida Derby, but Goldberg says the way that race was run didn’t benefit Code of Honor’s style. The 2019 Kentucky Derby should be more up his alley.

“Code of Honor had no chance coming off the pace in the Florida Derby. There’s enough pace in the Kentucky Derby that it will benefit him,” Goldberg told SportsLine.

Another shocker: Goldberg is fading Roadster, a co-favorite at 7-2 Kentucky Derby odds. The Baffert-trained horse has won three of his four career races, including beating out Game Winner in the Santa Anita Stakes on April 6. But Goldberg points to a change of jockey as a tell. Hall of Famer Mike Smith chose to get off Roadster for the Derby and instead ride Omaha Beach.

“Roadster is borderline to me. Smith getting off him bothers me,” Goldberg said. “I’m looking to beat him.”

Goldberg is also all over a double-digit darkhorse to compete for a win in the 2019 Kentucky Derby at Churchill Downs. This horse has all the tools to put together a complete run against the world’s top competition, and if this horse hits as Goldberg expects, you could be looking at a massive payout.