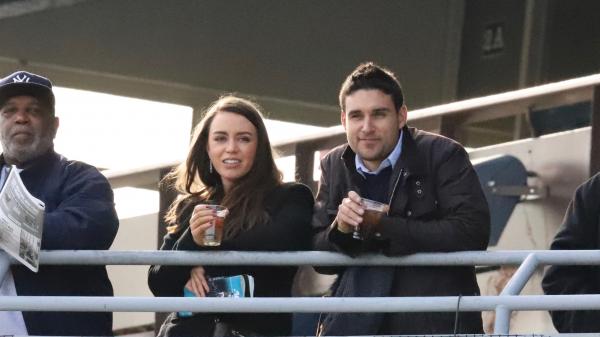 The arrival of February puts the Kentucky Derby three months away and Saturday’s trio of stakes in New York, Florida, and California promise to showcase a couple of top contenders for the run for the roses. Here’s a closer look at the Grade 3 Withers Stakes, the second of three races for 3-year-olds at Aqueduct that serve as local springboards to the Grade 2, $750,000 Wood Memorial Stakes on April 6, one of the most important prep races for the Kentucky Derby Presented by Woodford Reserve

1.Tax: Was claimed away from Hall of Fame trainer Bill Mott for $50,000 and chased the pace of the victorious Maximus Mischief in the Grade 2 Remsen Stakes before settling for third in his first race for trainer Danny Gargan. Switches to jockey Junior Alvarado and figures to be forwardly placed from the rail.

2. Sir Winston: Ships in from Canada where he won the $100,000 Display Stakes and was third in the Grade 3 Grey Stakes in his last two starts at Woodbine, where he raced on a synthetic surface. His lone try on a dirt course was uninspiring: he finished sixth in his career debut in a June 14 maiden race at Churchill Downs.

3. Moretti: Owner Mike Repole and trainer Todd Pletcher, who have won the Wood Memorial Stakes in two of the last three years, could have another top prospect for New York’s definitive Derby prep in this well-bred son of Medaglia d’Oro. New York-based runner tackles graded stakes company after a maiden win on Dec. 20 at the distance and seems talented enough to be a major threat.

4. Admire: Another maiden winner getting tested for class in this graded stakes. He prevailed by a half-length at Churchill Downs in November, but that came on a sloppy track in a race switched from the turf course to the main track. Was fifth on a “good” track in his first start and could be running on a fast track for the first time.

5. Lucky Lee: Comes off a pair of impressive wins at Parx Racing. Is co-owned by Cash Is King, which used races at Parx as a springboard to graded stakes success at Aqueduct with the aforementioned Maximus Mischief, but he seems a step slower than his owner’s Remsen winner and this week’s Fasig-Tipton Holy Bull Stakes favorite. Lucky Lee figures to be part of a hotly contested early pace.

6. Our Braintrust: Has never been worse than second in four career starts and is coming off a good second to Grade 1 winner Mind Control in the Jerome at a one-turn mile. Was bought by Gary Barber and turned over to trainer Mark Casse since then and makes his debut around two turns.

7. Not That Brady: Figures to be a hunch play on Super Bowl eve. A son of Big Brown, he was an easy, front-running winner of the Damon Runyon Stakes for New York-breds in his last start. Claimed for $50,000 out of a fourth-place finish in his career debut, he should also be a major player in the early pace scenario.

LIVE LONGSHOT: Not That Brady