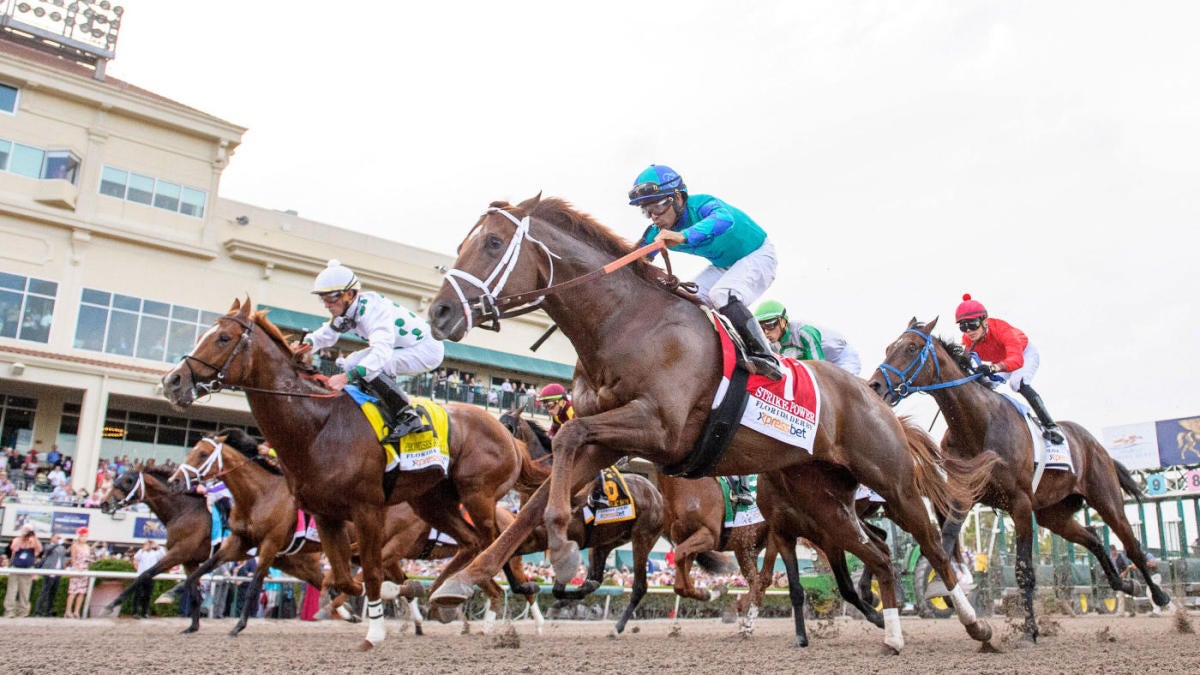 Charlatan can establish himself as one of the leading Kentucky Derby contenders when he leaves the starting gate on Saturday in the first division of the 2020 Arkansas Derby at Oaklawn Park. A three-year-old son of Speightstown, Charlatan is undefeated in two career starts. He’s the even money favorite in Division 1, according to the latest 2020 Arkansas Derby odds. Because of an overflow of entries, the Arkansas Derby 2020 was split into two divisions of 11.

Charlatan’s stablemate, Nadal, is the 5-2 favorite in Division 2. Post time for Division 1 is 6:29 p.m. ET, while Division 2 follows at 7:43 p.m. ET. With both divisions featuring large and accomplished fields, you’ll want to see what racing insider and accomplished horseplayer Bob Weir has to say before making any 2020 Arkansas Derby picks.

Based in Saratoga Springs, N.Y., Weir has been handicapping and following horse racing since reading Andy Beyer’s landmark handicapping book “Picking Winners” in the late 1980s. Weir is highly invested in the Beyer Speed Figure, a number assigned to every race run by a horse that measures how fast the horse ran. He uses the figure as the backbone of his handicapping. In fact, thanks to his proficiency with speed figures and top-tier handicapping, he landed one of just eight spots on Beyer’s figure-making team in 2017, a position he holds to this day.

This year, his first for SportsLine, Weir has been on fire. In January, he crushed the Pegasus World Cup, giving out an $8 exacta and $1 trifecta, winning $757.60. In February’s Sam F. Davis Stakes, he gave out a $0.50 superfecta that paid $150.75. Last month, Weir correctly pegged Wells Bayou to win the Louisiana Derby. He also nailed the late Pick 4 at Gulfstream Park on April 9 and April 10, hitting for $827.65 and $394.65, respectively. Anyone who has followed his lead is way up.

Now, Weir has handicapped the 2020 Arkansas Derby field, made his picks and constructed his tickets. You can only see them here.

One surprise: Weir is fading Anneau d’Or, even though he’s one of the favorites in Division 1 at 6-1. This son of Medaglia d’Oro has one win and two seconds in four career starts. He is coming off a ninth-place finish on Feb. 15 in a division of the Risen Star Stakes, his only start of 2020.

“Anneau d’Or did not show anything in the Risen Star in February,” Weir told SportsLine. He will not have Anneau d’Or on top of any wagers and will use the horse only at the bottom of trifectas and superfectas.

Another curveball: Weir is high on Taishan, a 15-1 longshot in Division 2. This three-year-old son of Twirling Candy has two wins and one third in six career starts. He is coming off a third-place finish in the Oaklawn Stakes on April 11.

That race featured a hot pace and Taishan made the first move to get to the lead before the deep closers rushed past. “On Saturday, he could get a close stalking trip and will have to prove he can run as well on a fast surface as he has over the slop in his last two starts,” Weir told SportsLine. He is including Taishan on all of his trifectas and superfectas.

How to make 2020 Arkansas Derby picks

Weir is high on a double-digit longshot in one of the divisions. This horse is coming off a loss, but Weir told SportsLine that this longshot “has continued to train well and may have more to show.” He’s including this horse in his trifectas and superfectas, and so should you. He’s sharing which horse to back only at SportsLine.