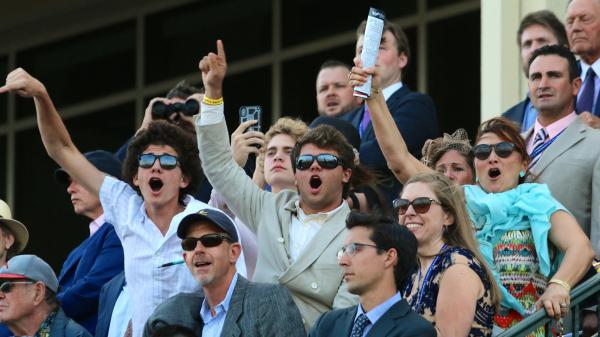 It’s one thing to bet $10 or $20 to win on a horse. It’s an entirely different matter to spend thousands of dollars on buying a horse.

Yet every day at racetracks across the country tens of thousands of dollars are spent on claiming horses, and there are indeed times when a claim slip can be an effective handicapping tool.

For the most past, when horses are claimed it’s a positive sign. A trainer or an owner had to see something they liked in a horse if they claimed it. Yet sometimes even the best of horsemen can make a mistake or have their gamble on a horse with shaky form backfire on them.

A more telling sign than a single claim is, of course, when a horse is claimed more than once in its recent races or is re-claimed by a previous owner. This is a more powerful sign of the value that horsemen see in the runner and a signal to handicappers that they should jump on board as well.

A fine example came in the ninth race at Gulfstream Park on Dec. 23.

Two starts back on Oct. 8, Queens Quarters ran in a $6,250 claimer at Gulfstream Park West, winning by a length. Her form and physical condition prompted trainer Antonio Sano to claim her.

Thirteen days later, she returned at the same $6,250 level, this time winning by a neck, and was claimed by trainer Gilberto Zerpa, who also gave the filly a thumbs-up.

Zerpa gave Queens Quarters two months off and then brought her back in the race on Dec. 23.

In the morning line, she was priced at 7-2, which was intriguing for a filly seeking a third straight win and who had enticed horsemen to claim her in her last two races.

Looking at the past performances and seeing Zerpa winning at a 43 percent clip off the claim should have sealed the deal.

Facing 11 rivals, Queens Quarters went off at those 7-2 odds and kept her winning streak alive by getting up in the final stride to win by a nose and return $9.40 to win for that third straight win.

Interestingly, Queens Quarters was not claimed for a third straight time, but handicappers had to be delighted at any opportunity to turn all those dollars in the claim box into cash they could stuff in their wallet.