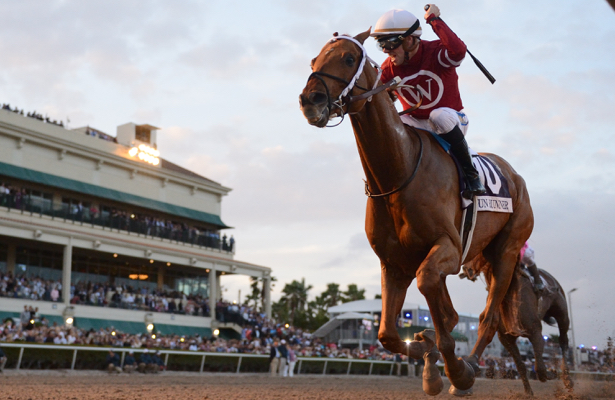 The categories in both columns have included descriptions of America’s top jockeys, horses, and trainers along with special references to their best achievements.

So here goes: the most outstanding accomplishments in horse racing that I personally have catalogued during 2018.

1. John Velazquez not only made my list in last week’s column for jockeys who had earn the most money ($377,998,302) during his long career, but he continued to earn his way into 2018’s top money winners with $18 million during the past dozen months. On Nov. 30, the Hall of Famer became the 18th overall rider and fourth active jockey to reach 6,000 victories.


2. Irad Ortiz Jr. has been a leading East Coast jockey for five years now and as such he has consistently been among the top earning jockeys on the circuit. In 2018, for example, Ortiz Jr. earned more than $27 million to edge his brother Jose Ortiz, who finished with more than $26 million, one place behind his brother on my list.

3. The reigning Eclipse Award winner Jose Ortiz finished one place behind his brother while competing on the same circuit they dominated, mostly in New York. Going into Sunday, Irad had piloted 346 winners and Jose 263 in 2018.

4. Javier Castellano has been riding successfully for 15 years and has ranked among the top earning jockeys in the West and the East, wherever he has chosen to be based. In 2018, he earned more than $24 million in purses.

5. Jose Rosario is another versatile jockey with solid earnings of $22 million in 2018. He rose to prominence especially late in the season, taking the mounts on soon-to-be champions Accelerate and Game Winner and has returned to riding full time in California.

1. Chad Brown has become more and more successful in recent seasons.  In 2018, for example, Brown earned more than $27 million, best of all trainers, and tacked on a 20th Grade 1 when Competitionofideas won Saturday’s American Oaks (G1) at Santa Anita Park.

2. Steve Asmussen is another trainer who has improved his seasonal earnings in recent years with a barn operating strings all over the Midwest. In 2018, he ranked a close second to Chad Brown with more than $26 million in combined earnings, a chunk of them from Gun Runner’s January win in the Pegasus World Cup (G1).

3. Bob Baffert is probably the most famous horse trainer in the world right now, and rightly so. In 2018, Baffert’s horses earned a shade under $20 million with many fewer starters to edge Todd Pletcher for third place on my list. Their value, of course, exceeded that number with Triple Crown winner Justify among his trainees.

1. Gun Runner earned a season-high Beyer Speed Figure of 120 back in the Pegasus. The fact that no other horse ran faster during the next 12 months is a testament toward the Horse of the Year’s ability.

2. Accelerate earned separate Beyer Speed Figures of 115, 111 and 110 during his strong 2018 campaign to place him high on my personal list.

3. Diversify earned separate Beyer Speed Figures of 111 and 110 to narrowly edge out West Coast for this spot. This, despite the fact that West Coast did earn a Beyer Figure of 117 when finishing behind Gun Runner on Jan. 27 at Gulfstream.

And a bonus: How can I leave off Justify, who merely swept the Triple Crown?

2 More on the Turf

1. World of Trouble, a 3-year-old, looks to have a high ceiling having performed well on grass and dirt in races restricted to his age group. Outside of that, he gave Stormy Liberal everything he wanted in the Breeders’ Cup.

1a. The Turf Sprint winner Stormy Liberal earned a 119 Beyer Speed Figure on Nov. 3 at Churchill Downs, second-fastest this year only to Gun Runner. The veteran returns New Year’s Day to begin a new campaign.Steve Davidowitz has written many books on handicapping, including the classic, “Betting Thoroughbreds.” His Across the Board columns appear regularly at Horse Racing Nation. Click here to read past editions.