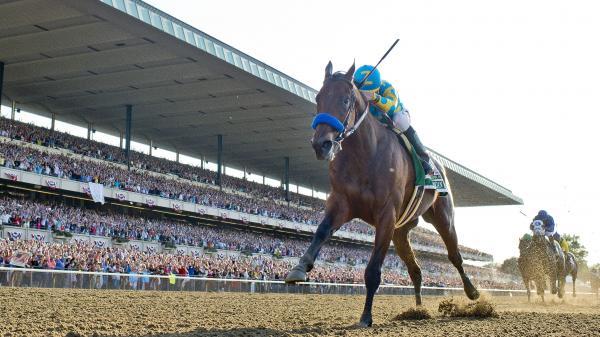 Justin Zayat, racing manager for Zayat Stables, looks hopefully at every young horse his family breeds or purchases, wondering if another American Pharoah might come his way again. He looks in vain.

American Pharoah captured the imagination of racing and non-racing fans in 2015 when, in but one indication of how rare he is, he became the 12th Triple Crown champion and the first in 37 years. In yet another sign of his immense quality, he was the first horse since the inception of the Breeders’ Cup World Championships in 1984 to achieve a “Grand Slam” by adding the Breeders’ Cup Classic to a sweep of the Kentucky Derby, Preakness, and Belmont Stakes.

Steve Cauthen, the rider of 1978 Triple Crown winner Affirmed, used to say that the feat would be performed again when the stars aligned. They did for Pharoah.

There is no doubt that the son of Pioneerof the Nile was born to greatness and had the additional good fortune of being in the right hands. The Zayats were caring owners. Hall of Fame trainer Bob Baffert listened to everything Pharoah’s body language told him. Jockey Victor Espinoza embraced every big moment, just the way his mount did.

“We always knew he was a very special horse,” Zayat said. “Wherever he was, they all saw something in him that they loved. When he started on the racetrack, he gave you goosebumps.”

“Everybody who has watched horses for a long time has in their mind perhaps what is the perfect moving horse,” Young said. “I thought Pharoah, when he was working or running, was about as perfect, as flawless, as you can get.”

Veteran jockey Espinoza has been on the backs of many good and even great horses, including Kentucky Derby, Preakness and Dubai World Cup winner California Chrome. No horse instilled confidence in him the way Pharoah did.

“When I sat on his back, the way he walked, the way he jogged, the way he galloped was at a different level from any horse I rode,” Espinoza said. “He was so smooth, that horse.”

“He was like silk when he was running,” Young said. “I considered it a privilege to be able to watch him in the morning on a regular basis.”

Although Pharoah missed the 2014 Breeders’ Cup Juvenile, he was still good enough to earn champion 2-year-old honors. His 3-year-old campaign was one for the ages.

He showed his readiness for the massive Triple Crown challenge by handling his two prep races at Oaklawn Park in Arkansas with relative ease. He showed courage in the Kentucky Derby, when he outslugged Firing Line in a torrid stretch duel to prevail by one length. He showed he could run on anything when he splashed home by seven lengths in the Preakness on a sloppy track at Baltimore’s Pimlico Race Course that all but had a river running through it. And he showed what a tremendous champion he was in the Belmont Stakes.

His gate-to-wire dominance had a Belmont Park crowd that was capped at 90,000 in full throat as he took command with his first few strides. The roar of the fans all but carried him through the stretch as he pounded out a 5 ½-length margin, fourth-largest for a Triple Crown winner. His time of 2:26.65 for the mile and a half was the second-fastest for a horse that gained Triple Crown immortality.

Pharoah added another convincing decision in the Haskell Invitational Stakes before he suffered a loss to Keen Ice in the Travers that did not feel that way after thousands of fans poured into Saratoga Race Course merely to watch him gallop the morning before.

Baffert compared other top horses he trained with Pharoah by saying, “They have a small window of greatness where Pharoah, he had a window all year long.”