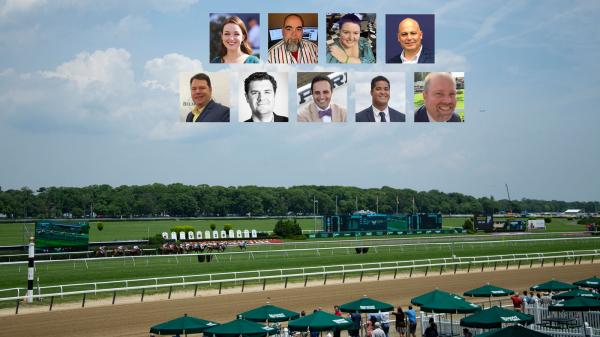 For the fourth year in a row, America’s Best Racing is challenging some of the brightest minds in horse betting to come up with their top three picks for key races every weekend leading up to the Breeders’ Cup World Championships. The handicappers face off in what we like to call “Big-Race Showdown.”

The players’ picks will be posted here and a running bankroll will be kept to track their success all year long. Bankrolls will be tabulated on the basis of $2 exacta and $2 trifecta box bets of each player’s top three selections. We will also be keeping track of which player correctly selects the most winners.

Our featured race this week is the the Jockey Club Gold Cup Stakes, a Breeders’ Cup Challenge Series “Win and You’re In” race for the Longines Breeders’ Cup Classic and one of four Breeders’ Cup qualifying races at Belmont Park on Saturday.

The Belmont Park Breeders’ Cup races will be televised on “America’s Day at the Races.” The NYRA-produced show runs Wednesday through Monday (Columbus Day) on either FS1 or FS2. Check the schedule below for air times. The shows will also air on MSG+ and on regional Fox outlets Prime Ticket and Fox Sports San Diego – check NYRA’s website for those dates and times.