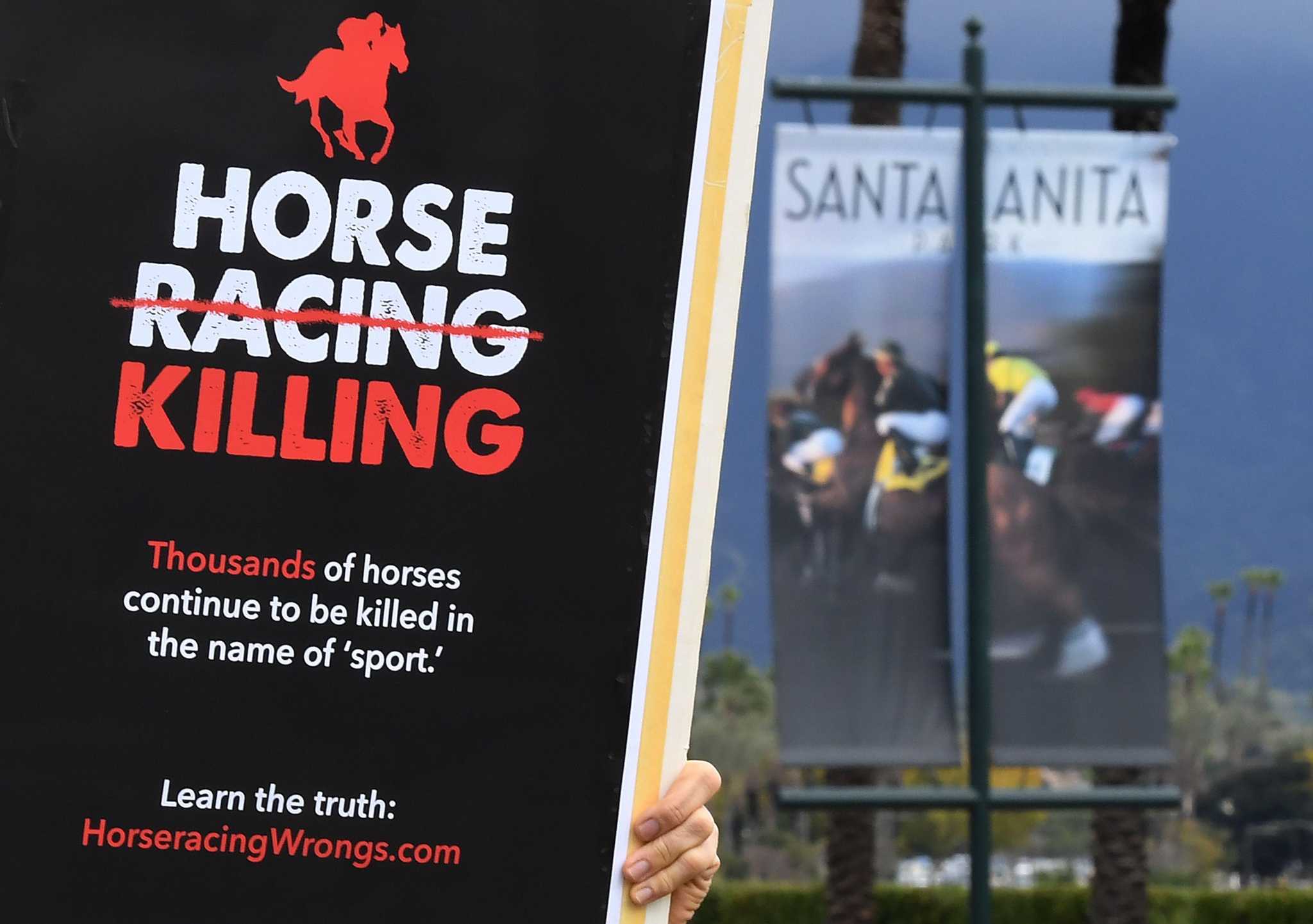 Horse racing is dying. It should be dead.

I say this not in response to 22 horse fatalities at Santa Anita racetrack since Dec. 26. I say this because horse racing would not exist without the involuntary participation of its four-legged athletes.

They are now changing medication rules and reducing the use of the whip and examining track surfaces, but this is nothing more than shuffling deck chairs on the backstretch of a moribund industry. Besides being imperiled by other forms of gambling, horse racing should be felled by a simple, moral fact: It’s just plain wrong.

You might look out your bedroom window and disagree, but Couch Slouch would like to believe we have evolved as a culture. With our evolution comes the realization that other living beings — horses, dogs, lions, bass, even pigs — should not be used for our sport or entertainment, or, frankly, for our food.

What, you think Affirmed woke up every morning thinking, “Man, I want to kick Alydar’s butt on Saturday”?

Don’t tell me these horses are bred to run; they are forced to run. They have no choice, like when my mother used to tell me to finish my chickpeas. (This happened as recently as two years ago.)

Horse racing, of course, is deeply rooted in American history.

Its origins date back to spring 1883:

Wyatt Earp and Doc Holliday were in Gunnison, Colo., during a three-day Presidents Day weekend and were bored; they were nowhere near Atlantic City or any Indian casino and craved action.

They decided they would bet $5 to see who could run to the spruce tree fastest — Holliday was particularly enamored with this, because his internist had suggested he exercise more and cut down on beef jerky to lower his cholesterol.

They raced a couple of times before Earp realized, “This is stupid. We’re both getting really tired. Let’s make the horses run, and we’ll bet on which one of them is fastest.”

So they lined up their horses, slapped them both on their backside, yelled “Giddy up!” and watched the stallions race to that same tree. But now they discovered a new problem — the horses kept running past the tree, and it was difficult to get them to come back.

Holliday said to Earp, “This is also stupid. We’ve got to get on the horses ourselves and ride them to the finish line so they won’t run off.”

And, as fate would have it, they glanced at a nearby homestead, saw two smallish men sitting on the front lawn and waved them over. The jockey was born.

And, now, as a 59- or 60-year-old — I’ve lost count of the birthdays — I finally know that animals deserve better treatment than as our play toys or prey targets.

So, please, no more sled dogs or show dogs. No more greyhounds or horses racing. No more cockfighting or dogfighting. No more elephants at the circus or orcas at SeaWorld.

I’m not even sure we should lazily ride horseback on a country trail. Would you want to carry someone on your back for a half-hour?

I’m a big Lone Ranger fan, but he should Uber to his next crime scene.

Q. If NCAA Tournament play-by-play announcers refer to a 3-point shot as a “triple,” why don’t they call a two-point shot a “double” or a free-throw attempt a “single”? (Ken Giglio; Silver Spring, Md.)

A. If you were an announcer, you’d be in the broadcasting hall of fame by now.

Q. When will the NCAA Tournament expand to 128 teams, with all teams playing a “play-in” game? (Joe Salo; Latham, N.Y.)

A. I hope the NCAA credits you with this when it expands March Madness to 128 teams.

A. Besides being the better player, Trout is happier and healthier. Harper is “day-to-day” year-around.

Q. First bowling, then bridge — are you working your way to backgammon? (David Wong; San Diego)

A. Curiously, the doubling cube led to my second marriage.

Q. Are you a two-time loser if you paid a bribe to get your kid into Trump University? (Andy Hatch; Rixeyville, Va.)

A. Pay the man, Shirley.