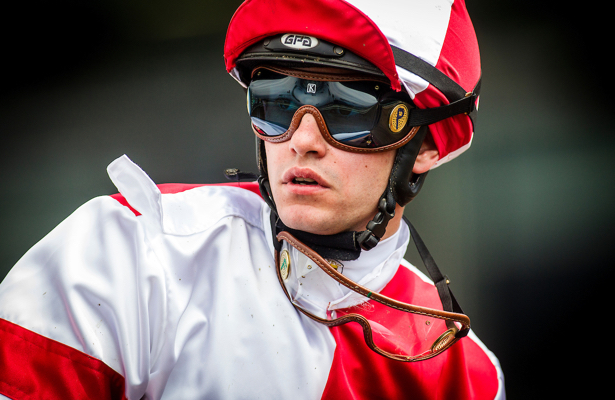 While Flavien Prat notoriously gave up the mount on 2019 Kentucky Derby favorite Omaha Beach earlier this prep season, he’ll still have an assignment in the May 4 race at Churchill Downs.

Derek Lawson, Prat’s agent, said Wednesday that trainer Bill Mott has named his rider to Country House, who hit the board in both the Louisiana Derby (G2) and Arkansas Derby (G1).

“He’s a horse that’s obviously not going to be on or near the lead, so he’ll have to come from off the pace,” Lawson said. “It’ll be dependent on how fast the pace is. But he’s seemed to be coming into his own, and with the distance I don’t think there will be any problem.”

The mount on Country House could continue a big weekend for Prat, one of Southern California’s top jockeys who also rides Kentucky Oaks favorite Bellafina. Should Instagrand go as planned in the Pat Day Mile (G3), that’s an assignment that likely falls to him as well.

This will mark Prat’s third straight Derby after finishing third on Battle of Midway in 2017 and 10th aboard Solomini in 2018.

Prat rode Omaha Beach in his first five starts, including a nine-length maiden-breaking win on Feb. 2. The jockey opted to stay aboard Galilean for the March 16 Rebel Stakes (G2), with that colt then a flashy California-bred stakes winner. From there, Hall of Famer Mike Smith assumed the mount and will hold it into the Derby.

If Smith had opted to remain on Roadster, the Santa Anita Derby (G1) winner, Prat could have fallen back on to Omaha Beach. As it is, Todd Pletcher-trained Cutting Humor and Peter Miller-trained Gray Magician are the two colts left in the prospective Derby field without jockeys named.