SAN DIEGO — Hall of Fame horse racing trainer Jerry Hollendorfer was banned from participating at the Del Mar Thoroughbred Club this summer because he had become a “radioactive” public-relations risk for the sport after six of his horses died from December to June, according to court records obtained by USA TODAY Sports.

Those six catastrophic breakdowns accounted for 15% of horse deaths at two other tracks in California, making Hollendorfer, 73, the face of fatality crisis that has engulfed the sport in this state after 30 horses died during the recent meet at Santa Anita Park.

Del Mar started its annual summer meet last week and has declined public comment about Hollendorfer’s ban. But the court records explain Del Mar’s reasoning in detail as the track defends itself from a lawsuit filed by Hollendorfer to fight Del Mar’s decision.

“The racing industry in California is in the midst of an almost existential crisis amid calls from the public, media, Governor’s office, the California legislature, Congress and the (California Horse Racing Board) to pull out all reasonable stops to assure everyone that the industry is doing everything it reasonably can to ensure the safety of horses,” an attorney for Del Mar, Chris Jaczko, wrote in 13-page filing in San Diego County Superior Court. “Unfortunately, despite his lengthy and successful career during the past six months. Hollendorfer has accounted for 15% of the horses that have lost their lives in racing and training at two Califomia tracks.” 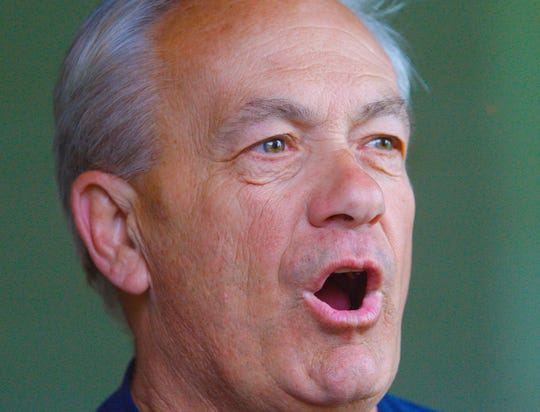 Jerry Hollendorfer, shown in 2012, has been a horse racing trainer for more than 30 years. (Photo: Bill Luster, Special to The Courier-Journal, Bill Luster, copyright 2012)

In a span of about six months, Hollendorfer cared for and trained two of the nine horses that died at Golden Gate Fields in Northern California and four of the 30 dead horses at Santa Anita, two more than any other trainer at the latter track. Jaczko noted in his court filing that Hollendorfer has been banned from participating at both of those tracks. The New York Racing Association also indicated that Hollendorfer wouldn’t be allowed to run horses there under his name, according to the Daily Racing Form.

“Criminal investigations are ongoing in Los Angeles relating to what led to 30 thoroughbred race horses losing their lives in the first six months of this year at Santa Anita, and animal rights activists have called for the industry in California to be shut down,” Jaczko stated on behalf of the Del Mar Thoroughbred Club (DMTC). “Ordering DMTC to permit Hollendorfer to train and race horses at Del Mar will lead to cries that DMTC is not doing what it can to ensure horse safety, and if a fatal injury were to occur to one of his horses, the clamor to end horse racing would be deafening.”

Del Mar President Josh Rubinstein also submitted a 12-page declaration to the court that outlines Del Mar’s position. He said Del Mar officials informed Hollendorfer and his attorney, Drew Couto, of its decision on June 28. Rubinstein said that Couto responded by saying, “We get it. Jerry’s radioactive. We get it.”

Del Mar executive vice president Tom Robbins also informed Hollendorfer of Del Mar’s decision in a letter dated July 5, telling him that “under the circumstances” Del Mar will not “accept any racing entries for any horse where you are listed as the official trainer.” 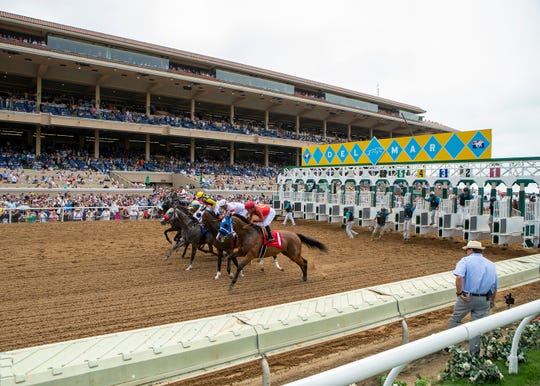 A San Diego County judge is expected to decide Friday whether to uphold the ban. Hollendorfer’s lawsuit against Del Mar is joined by the California Thoroughbred Trainers, an organization representing licensed trainers in the state. They argue that Del Mar’s decision was “arbitrary and capricious” and that he wasn’t given a proper hearing. Del Mar argues it has the right to deny him stalls at its track.

At Del Mar, Rubinstein said management “carefully weighed all of the factors involved and made a decision that Jerry cannot participate in our meet this summer,” according to an e-mail he sent July 5 to Alan Balch, executive director of the California Thoroughbred Trainers.

Public relations is a big part of it. On just the second day of its meet last week, Del Mar made national headlines after two horses collided during training and died in what was described as a freak accident.  Rubinstein’s court declaration also cites a CNN report about Hollendorfer that aired in June before he had a fourth horse die at Santa Anita.

“CNN ran a story focused in large part on Mr. Hollendorfer’s record of medication violations, including claims from an owner that Mr. Hollendorfer’s training practices led to the deaths of at least two horses,” Rubinstein stated. “The CNN story featured Jim Cassidy, who is a renowned trainer and at the time, the President of Plaintiff California Thoroughbred Trainers (‘CTT’) stating: `It doesn’t surprise me . . . Jerry does what he wants… he has tunnel vision.’”

Couto has described his client’s recent death toll as an aberration in a 40-year career that includes more than 7,600 wins out of more than 33,000 career starts. Hollendorfer also is the co-founder of a nonprofit in Washington state called Down the Stretch, a facility that connects injured or retired race horses with U.S. veterans.