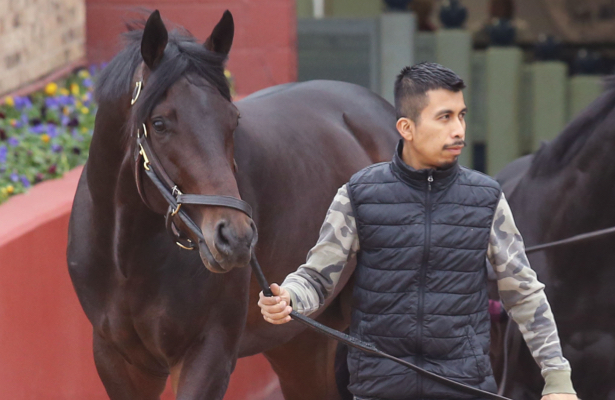 If not the 2019 Kentucky Derby, Sueno is expected to appear next in the Preakness Stakes.

Trainer Keith Desormeaux revealed the backup plan Friday in an interview with TVG for a colt who sits 23rd on the Derby preference list, in need of three defections to make the May 4 race at Churchill Downs.

“It seems like the Top 20 are thriving,” said Desormeaux, who has Sueno stabled at Churchill Downs and scheduled to work out this weekend under the Twin Spires.

“I don’t think we’ll get in,” he added of the Derby, “but it’s a fun challenge just to get here and hope for the best. If not, the Preakness isn’t a bad race to win.”

Of course, Desormeaux would know. In 2016, Exaggerator turned the tables on Nyquist at Pimlico Race Course.

The Triple Crown’s second leg is set for May 18.

Connections to the other colts on the wrong side of the Derby bubble — Bodexpress, Signalman and Bourbon War — have also expressed an interest in the 1 3/16-mile Preakness, while Anothertwistafate is also headed there.

Silverton Hill’s Sueno, by Atreides, has won just two of seven carer starts but has also never finished worse than third while running in races such as the Louisiana Derby (G3) and, last time, Keeneland’s Lexington Stakes (G3).

Hear from Trainer Keith Desormeaux on where has chosen to point SUENO’s next start, who stands at #24 on the Kentucky Derby Leaderboard. @ScottTVG pic.twitter.com/uu0p1TR1Jx