$100 Challenge – Suggested Wagers for Gulfstream Park on a $100 Budget

Support This Show – Click Here to Get Your HRT Gear Now

6 – Buc N Beauty – She finished 3rd vs similar in only her start, her best dirt speed is fastest among today’s starters, and she has a bullet workout on Jan 19th.

9 – Tinkatwo – She is a first-time starter whose dam has 5 winners from 8 starters and has a high % winning jockey.

2 – Karen’s Honor – She switches to a high % winning jockey and can improve with Lasix added.

7 – Gypsy Kitten – He had a disappointing finish in his last race after trouble at the start of the race, drops in class today and has a trainer who wins 27% of the races when dropping a horse Down 2+ classes.

8 – Mundo Mix – He switches to a high% trainer, is ridden by Chantal Sutherland and has a 4F workout on Jan-18.

5 – The Twins Sneakers – He ran 2nd vs similar in his last race, has the highest speed figure at today’s distance and his best dirt speed is fastest among today’s starters (tie).

2 – Fishing for Fun – He finished 3rd vs similar in last race.

6 – Live Like Laura – She has an early foot and ran 2nd vs similar in her last race after being bumped and has Lasix added.

8 – Avatal Hero – She drops in class today; she has a high % winning trainer and jockey and has the best AW speed among today’s starters.

5 – Macassa – She finished 3rd vs similar in her last race and can improve with Lasix being added.

4 – Uncle Armando – He has won three out of four races at Gulfstream Park and has a high % winning trainer and jockey.

1 – Chess’s Dream – He finished in the money in five out of six starts at Gulfstream Park and he can handle the distance.

8 – Due Vini – He won his last race at Gulfstream Park and may repeat.

1 – Downton Tabby – She has won two out of three starts at Gulfstream Park and has a high % winning trainer and jockey.

5 – Kestenna – She closed to finish 3rd in her last race after having trouble at the start and drops in class today.

6 – Hot Bode – She ran 2nd vs tougher in her last race, drops in class today and has a high % winning jockey.

10 – Mia’s Authority – She finished in the money in her last three races, winning one and likes the distance.

3 – Tiz Romantic – He has finished 2nd in his last two races and can improve at the longer distance.

4 – Man On the Moon –He has finished in the money in 50% of his starts at Gulfstream Park and likes the distance.

5- Tone Feelin – He finished in the money in four out of the last six races, winning two of the starts.

1 – Courtly Manner – He drops in class today, tries turf for the first time which may be just what he needs.

2 – Sals Dream Girl– She finished in the money in her last three races, winning one, has a high % winning trainer and switches to a high % jockey

4 – Charmed Way – She can either lead or come from off the pace to win a race and has a good 5F workout on Jan-18.

3 – Union Dolly – She finished in the money in four out of the last five races, winning two of the starts.

7 – Zisisit – She came into Gulfstream Park from Woodbine and finished a nice 2nd only losing by a nose.

7 – Hihellohowareyou – She won her debut race easily as the heavily bet favorite, has a high % winning trainer and jockey, and has a bullet 3F workout on Jan-18.

2 – Munnys Gold – She won her debut race at Monmouth Park and has been off for 7-months, her best dirt speed is fastest among today’s starters and is trained by Todd Pletcher and ridden by Irad Ortiz, Jr.

1 – Jolly Miss Jill – She won her debut race at Gulfstream Park and Lasix is added.

4 – Defended – She drops in class today, switches to a high % winning jockey and should improve while returning to dirt.

3 – Shes the North – She has won two races in a row, now going for a hat trick and has a high % winning jockey.

1 – Wicked Mercury – She won two races in a row and then finished 2nd only losing by a neck after being bumped.

8 – Dontmesswithtess – She finished in the money in six out of the last seven races, winning three of the starts and has the highest last race speed rating.

6 – Emirates Affair – She has a high % winning trainer and jockey.

4 – HIDDEN ROAD – consistent effort in debut, any improvement with Lasix in race 2 could be enough

1 – ERIN’S MOMENT – had some EP in debut, gets Lasix and has 3 solid works between races

6 – LIVE LIKE LAURA – been close on both starts, on the lead just to give it up late – Lasix should help here

2 – LABOR OF LOVE – better works of the 2 first timers

3 – JAIS’S SOLITUDE – sim says you have to have this one, best GP Turf # in this group

3 – CAPRIDREY – should be closing at the end

3 – TIZ ROMANTIC – 32% first off the claim for tr David Carlos, third start after a layoff for the horse  and weight break

4 – MAN ON THE MOON – usually runs OK off the break and has some decent works, lone E with scratches

2 – THE BIG GREY – last race was better than it look, especially early

2 – MUNNYS GOLD – debuted with a triple digit speed figure, something you see from Stakes caliber horses

4 – DEFENDED – should be part of the early pace, can she hang on?

6 – EMIRATES AFFAIR – could be upfront by itself as lone EP 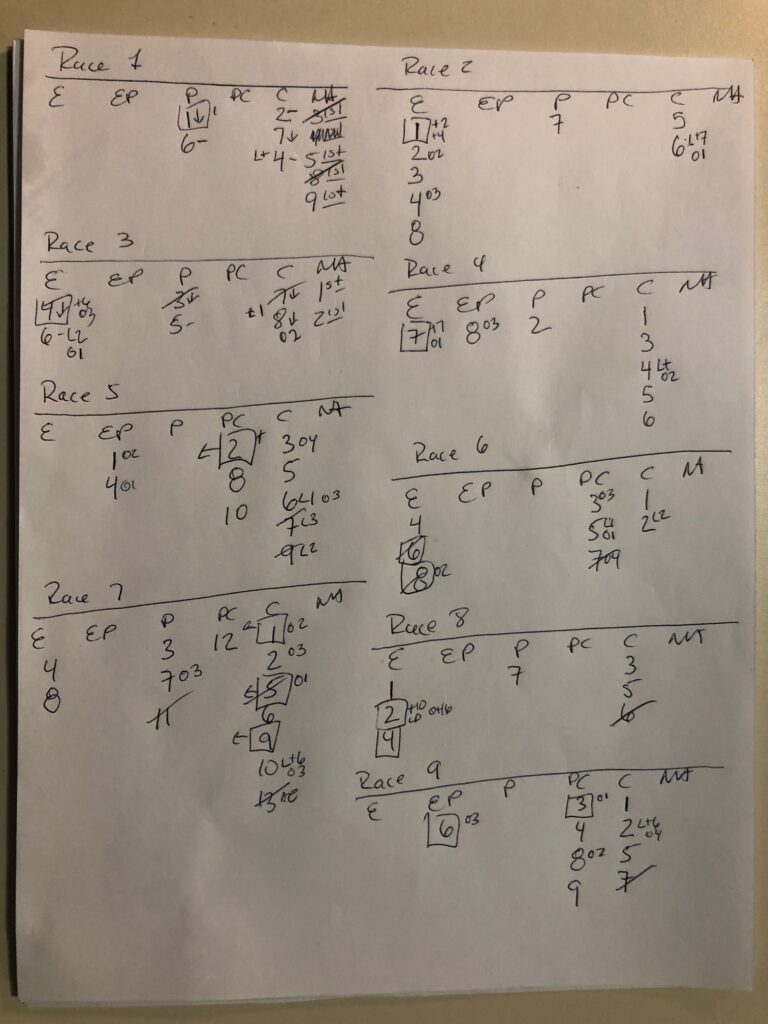 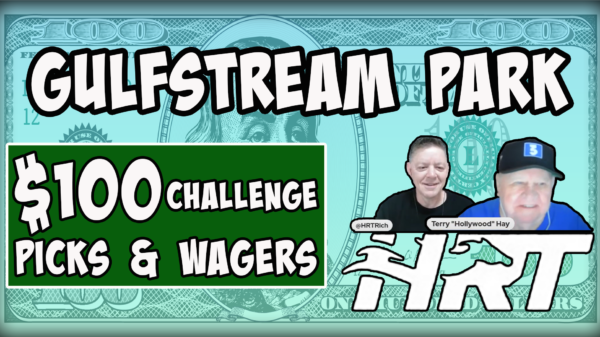 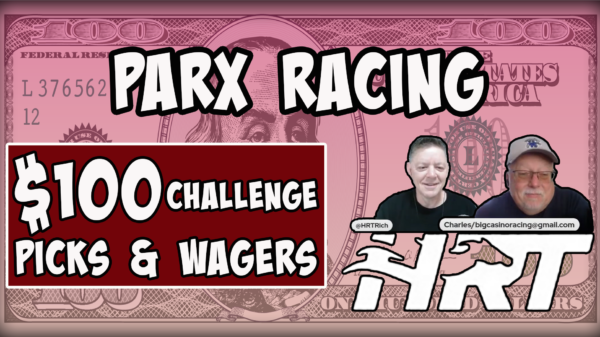 HorseRacingTodayJanuary 23, 2023
We use cookies on our website to give you the most relevant experience by remembering your preferences and repeat visits. By clicking “Accept All”, you consent to the use of ALL the cookies. However, you may visit "Cookie Settings" to provide a controlled consent.
Cookie SettingsAccept All
Manage consent