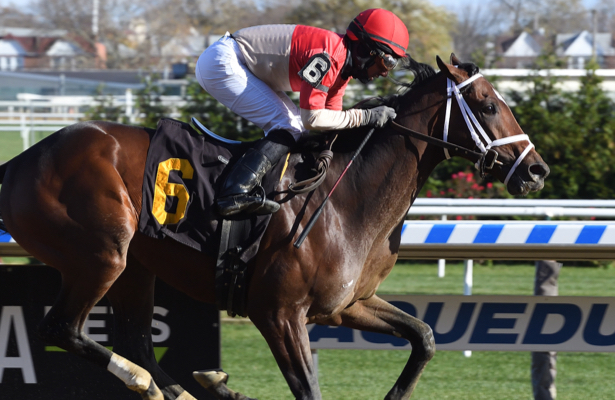 Photo: Courtesy of the NYRA

In recent years, the Florida Derby (G1) has served as an especially strong last prep for Kentucky Derby hopefuls, as 2016 and 2017 saw Nyquist and Always Dreaming, respectively, sweeping both races. They followed Orb in 2013 and Big Brown in 2008.

Before digging deeper into this year’s contenders, note that Fountain of Youth (G2) winners traditionally fare will running back at Gulfstream Park, and it’s no secret that the main track there usually offers a speed bias.

Only two stalkers have won the Florida Derby in 10 years. Both chased the speed through 23, 46 and 1:10 type of early fractions. The starting gate for the 1 1/8 mile race is within strides of the first turn, so outside posts are the kiss of death for most horses, especially those with speed. Only two colts in the last decade have won from an outside post.

Can Code of Honor complete the Fountain of Youth/ Florida Derby double, or will someone claim those 100 points toward the Kentucky Derby and a trip to Churchill Downs?

Laurie Ross and Ashley Tamulonis once again go head-to-head looking for a winner.

Laurie: The Florida Derby distance separates the talented sprinter/miler types from the middle/classic distance horses. Hidden Scroll, Bourbon War, Everfast, Code of Honor and Union’s Destiny are stakes horses who should handle 1 1/8 miles. Harvey Wallbanger is a little light on pedigree, but his running style and talent could carry him that far. Current is another who should get the distance. Could the talented sprinter Maximum Security stretch his speed? Sure, if he gets away with a huge lead in the stretch or re-breaks for a high-percentage trainer.  I’ll probably regret leaving Harvey Wallbanger and Current out of my top four, but I neither liked Current’s up-and-down movement on dirt nor how Harvey showed total indifference to Signalman getting the best in the breeze — although maybe Harvey’s just a smart horse who knows the difference in the afternoon.

Ashley: This is where we separate the boys from the men. Who can get the distance, and who’s just a pretender on the trail? Juddmonte Farms  is known for their homebred routers, and Hidden Scroll hung around decently in the Fountain of Youth. Bourbon War hails from the family of Grade 1 winner My Conquestadory, who was adept on both surfaces. With this is an intriguing matchup of different-styled runner, I’m eager to see how Hidden Scroll performs with a better trip.