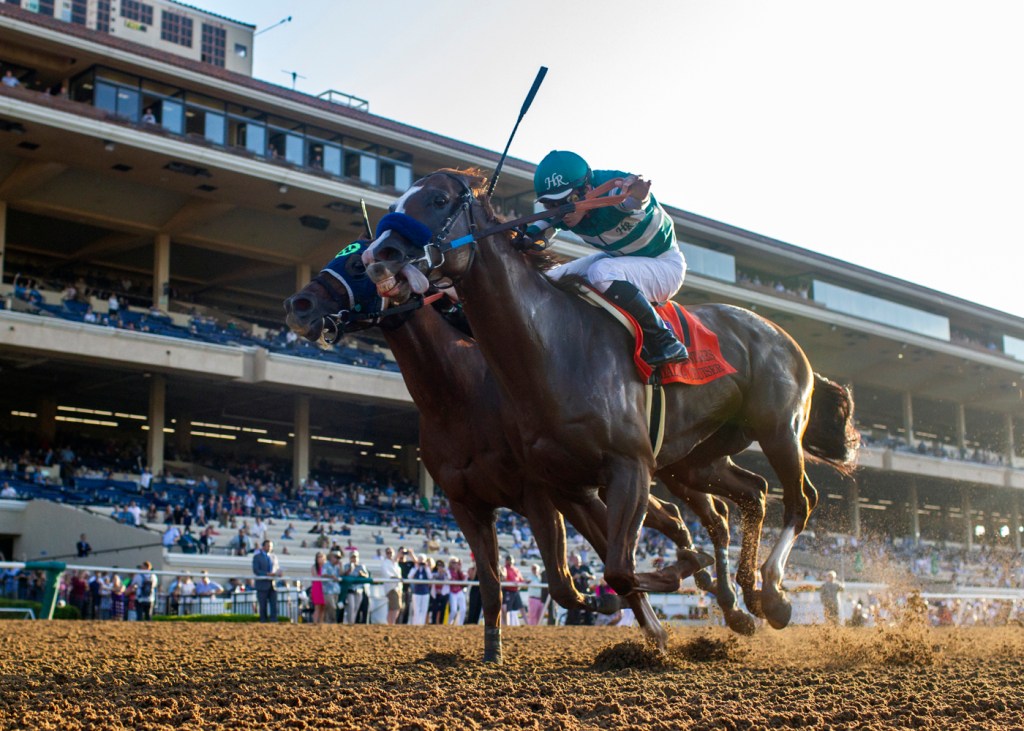 • Five stakes, including a pair for 2-year-olds, will highlight this year’s Los Angeles County Fair meet at Los Alamitos. The 10-day meeting will begin Sept. 6 and conclude Sunday, Sept. 22. Racing will be conducted on a Friday-through-Sunday basis the first two weeks of the meet and Thursday-Sunday the final week. Post time each day will be 1 p.m. The final two Saturdays of the meet will feature two new stakes for juveniles – the $75,000 Phone Chatter for fillies and the $75,000 Capote for colts and geldings. Both races will be run at 6 1/2 furlongs. The Phone Chatter will go Sept. 14 and the Capote on Sept. 21.

• Eight juveniles were entered for Saturday’s $300,000 Grade I Del Mar Debutante, a 7-furlong test for the best 2-year-old fillies on the grounds. The Midshipman filly Leucothea, trained by Peter Miller, was supplemented to the race for $10,000. Leucothea won her debut by 14 1/2 lengths at Del Mar on Aug. 15. Trainer Bob Baffert had intended to run the highly regarded Immediate Impact, a 6 3/4-length winner of her debut July 28, but has since had to back off on the daughter of Into Mischief. Baffert still plans to run a pair, Bast and Stellar Sound, in the Debutante, a race he’s won seven times.

• Doug O’Neill went into Thursday’s card with a three-victory lead, 19-16, over Richard Baltas and defending champion Peter Miller in the trainer’s standings with five days to go. O’Neill has won four summer titles, the last in 2010. Miller told Hank Wesch of Del Mar his feelings on the chase. “I’d make O’Neill 1-5 and Baltas and me are 2-1,” he said. “Doug’s not done winning and and we’d have to have a hot closing week. But anything’s possible. I’m just happy we’ve had a good meet and hope to finish strong.”