Race-favorite Fierement claimed the spring Tenno-sho by a neck on Sunday as French jockey Christophe Lemaire picked up his third straight Grade 1 victory in Japan.

Lemaire won the Satsuki-sho on Saturnalia and the Oka-sho on Gran Alegria earlier this month. Last month, the Frenchman steered Almond Eye to the horse’s first G1 victory outside of Japan at the Dubai Turf. 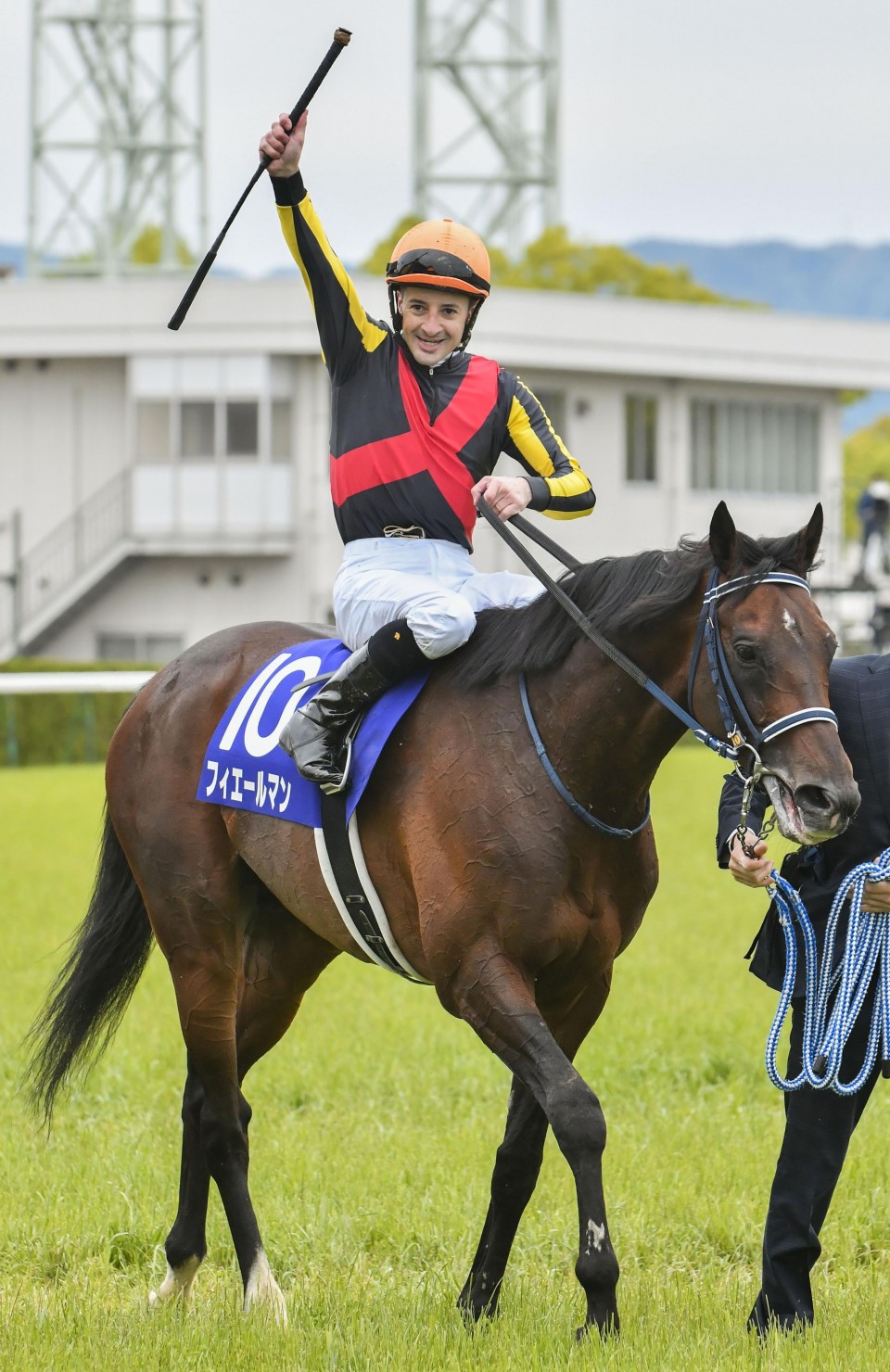 Among other horses, eighth-favorite Perform a Promise finished third a further six lengths back. Etario and You Can Smile, the other top picks, finished fourth and fifth, respectively.

The record time for the 3,200-meter race is 3:12.5, set by Kitasan Black upon defending his title in 2017 when veteran jockey Yutaka Take won the spring Tenno-sho for an unprecedented eighth time.

Take did not race in Kyoto on Sunday, opting instead for an overseas trip aboard Deirdre in the Queen Elizabeth II Cup in Hong Kong.