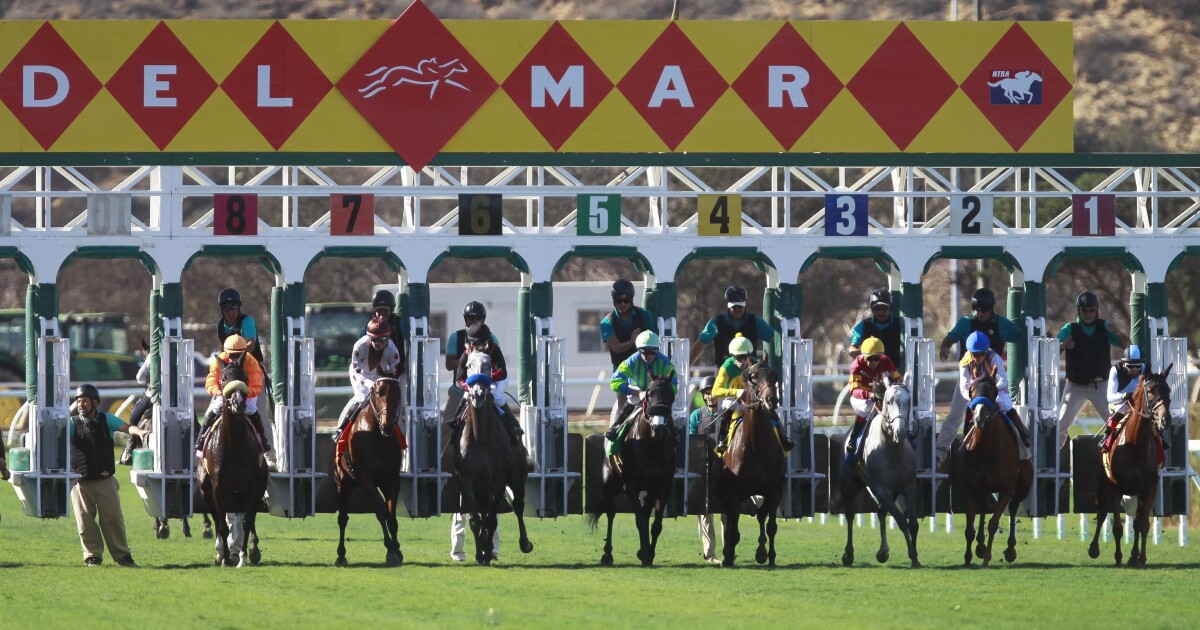 Hello, my name is John Cherwa and welcome to our horse racing newsletter as we get two weeks worth of stewards’ rulings.

It’s time to finish up Santa Anita with all the remaining rulings from their live meet. As in the last couple weeks, since the institution of the new whip rules, that’s most of the rulings. Of course, the biggest ruling that the stewards will make will be on the disqualification of Justify and Hoppertunity. That hearing was held on Thursday and, just a guess, but whatever they decide it will be challenged in court.

So, let’s get to ruling where we do know the outcome.

–Owner Nagapet “Nick” Keshishian was suspended when he failed to show for his hearing on Oct. 23 in relation to an alleged unpaid bill of $33,520.01 to the Equine Medical Center. According to Equibase, Keshishian hasn’t started a horse under just his name since Jan. 31 of this year.

–Jockey Mario Gutierrez was fined $100 for using the riding crop more than twice without waiting for a response while riding Dorita’s Happy in the fourth race on Oct. 12. Dorita’s Happy finished sixth in the eight-horse race. Gutierrez admitted he violated the rule.

–Trainer Carla Gaines was fined $500 when her horse Coalinga Road tested positive for Phenylbutazone, an anti-inflammatory. It was detected after Coalinga Road won the second race on Sept. 4 at Del Mar. Gaines said she does not give bute to horses when they are scheduled to run and that her veterinarian treats all her horses. She did not have an explanation for the overage.

–Trainer Adam Kitchingman is $500 when his horse Adens Dream tested positive for Methylprednisolone, a corticosteroid. Adens Dream finished fifth in the sixth race on Aug. 21 at Del Mar. Kitchingman said his veterinarian, Karen Valko, gave the horse the drug on July 7, which could explain the positive.

–Jockey Mario Gutierrez was fined $200 for using the riding crop more than six times while riding Going to Vegas in the ninth race on Oct. 17. Going to Vegas finished second by a neck. Gutierrez thought he was in compliance of the six-strike rule but the video showed otherwise. It was Gutierrez’s second violation in 60 days.

–Jockey Flavien Prat was fined $300 for not using his riding crop in an underhanded position while riding Farmington Road in the ninth race on Oct. 18. Farmington Road finished fifth in the nine-horse race. Prat admitted he improperly used his crop.

–Jockey Heriberto Figueroa was suspended three days (Oct. 31, Nov.1 and 6) for his third riding crop offense in the last 60 days. This time he was cited for using his riding crop seven times, one more than allowed, and using it not in the underhanded position while riding Savvy Gal in the seventh race on Oct. 18. Savvy Gal won by three-quarters of a length.

–Owner Mark Corser was suspended when he failed to show for a hearing over allegedly owing $639.34 to the Southern California Equine Foundation. The suspension was supposed to start on Oct. 30.

–Apprentice jockey Victor Flores was suspended for failing to appear at a hearing to address him allegedly owing jockey agent Rene San Miguel $907. The suspension was supposed to start on Oct. 31.

–Exercise rider Chad Koler was fined $100 for failing to properly wear a face covering while exercising horses on Oct. 22. Koler admitted he was guilty of the infraction.

–Exercise rider Corey Black was suspended 60 days (Oct. 25 to Dec. 23) after he tested positive for cocaine and also disorderly conduct. He must also follow any recommendations of the Winners’ Foundation and sign a testing agreement.

Rather than starting with talking about the winning horse in the feature, let’s mention the winning jockey, Abel Cedillo, who won five races on Sunday. His winners were Spielberg ($3.80), War Path ($8.60), Freedom Lass ($13.00), Cholima ($5.40) and Strongconstitution in the $75,000 Let It Ride Stakes for Cal-bred 3-year-olds going a mile on the turf.

“Five wins today, wow,” Cedillo said. “I was feeling lucky and when I won a close one with that first one (Spielberg by a neck in the first race), I had lots of confidence. Then I rode with that confidence from there on out. I’d won five races on a single day once before up at Golden Gate Fields, but this is a first down here. [Strongconstitution] ran strong in the stakes. We got through inside and he got it done.”

Strongconstitution broke alertly and settled nicely behind the leaders, then entering the stretch, Cedillo made a sharp move on the rail to get to the front and held on to win by a head.

“He was training really nice up to the race and that told us he was ready,” said Leandro Mora, assistant to winning trainer Doug O’Neill. “We got pretty worried up to the last quarter mile because he got blocked pretty good. But when he got through on the rail we were praying for the other one (stablemate Rookie Mistake) get up there too, and it almost happened. Two winners, one a day [on opening weekend], which is nice and keeps everybody smiling.”

I love getting new readers of this newsletter, and you certainly can’t beat the price. If you like it, tell someone. If you don’t like it, you’re probably not reading this.

Either way, send this along to a friend, and just have them click here to sign up. Remember, it’s free, and all we need is your email address, nothing more.

Any thoughts, you can reach me at [email protected]. You can also feed my ego by following me on Twitter @jcherwa.

Now, the star of the show, Sunday’s results. We’re not scheduled to be back until Friday, but may have a special Breeders’ Cup issue.

Due to a technical error we were unable to embed Sunday’s Del Mar results in this newsletter. You can see the results by clicking this link. Our apologies for the inconvenience.