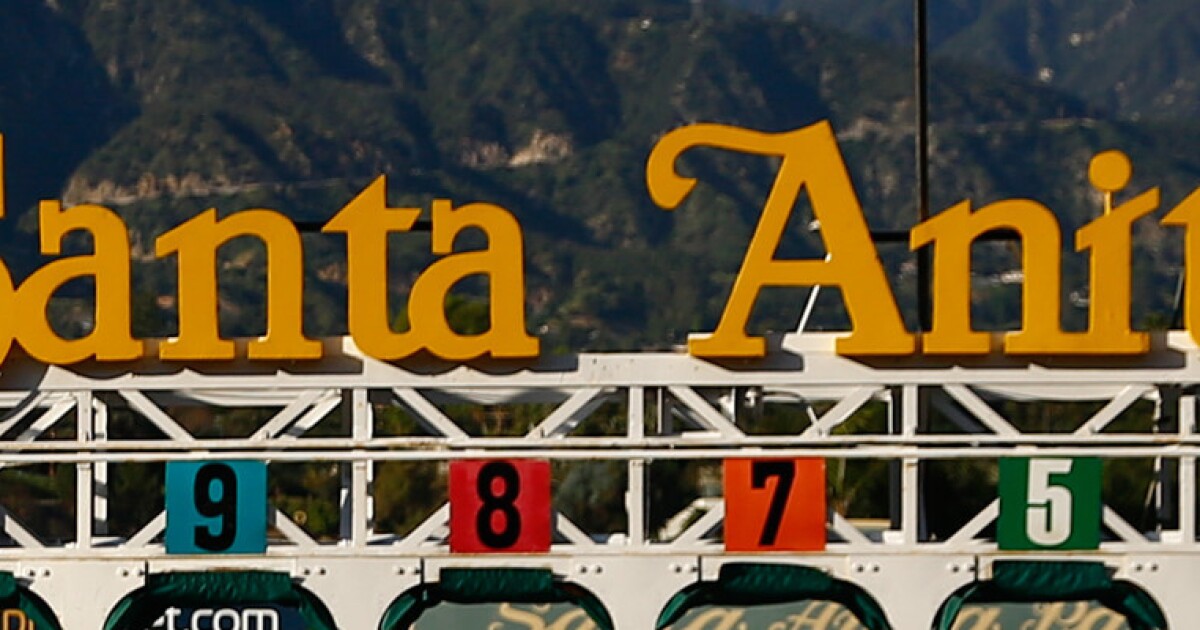 SUGARY unhurried in the beginning, settled along the inside, angled three wide into the stretch, rallied to the front four wide approaching the eighth pole and kicked clear to win going away. NOBLE CONTESSA up close early outside the leader, pressed into the far turn, headed rival at the quarter pole, led into the stretch, lost command nearing the eighth pole and saved the place. QUINNIE stalked the pace from inside, tipped out at the top of the lane, lacked room off heels and between rivals in upper stretch, gained a clear path and finished willingly in deep stretch. MISS FLAWLESS (FR) stalked outside a rival then took aim three wide into the stretch and flattened to a minor award. POSH HOLLY (IRE) raced three wide around the first turn then settled in the two path, remained there to the stretch and passed tired rivals. SABINOS PRIDE tracked the pace three deep, came four wide into the lane, came in upper stretch, angled back out at the eighth pole and weakened. SEASIDE DANCER set the pace inside, felt pressure into the far turn, raced on even terms with rival at the quarter pole, lost the lead into the lane and tired.

BASIL FLAVOR stumbled badly and broke inward, trailed the field from inside up the backstretch, went inside a rival at the seven-sixteenths, moved into the two path around the far turn, steered out in the stretch, rallied widest and got up in time. MONGOLIAN MISSION broke in and bumped rival, pressed the pace from outside, lost contact around the far turn and chased two wide into the drive, came gain and led briefly in the final moments and got nailed by the winner. FLAG SALUTE cleared quickly then angled to the inside and controlled the pace, cleared around the far turn, inched away upper stretch, challenged again by MONGOLIAN MISSION and led to deep stretch but got outfinished in the closing moments. JUDY WITH GRACE stumbled and got bumped at the start, raced three wide early then went outside a pair of rivals on the backstretch. AVISSE saved ground stalking the pace to the stretch and went one-paced through the lane. HATSHEPSUT up close early in the two path then dropped back a bit to stalk between foes, was put in a bit tight and steadied at the seven-sixteenths pole, dropped back around the far turn and had little left.

MISS KITNESS set the pace from inside, met outside bid in the lane and held TIZ A UNICORN at bay under right-handed urging. TIZ A UNICORN stalked outside the leader, challenged the winner in the stretch but could not find the needed late kick. BLAZING CHARM lagged behind early, settled along the fence, came out into the stretch and steered out further around SAVING SOPHIE and finished well for the show. SAVING SOPHIE went three to four wide around the first turn, stalked widest up the backstretch, came four wide into lane, drifted out in upper stretch and needed to find more in the final furlong. MARIAH GIRL (ARG) raced off the rail then angled in leaving the backstretch, saved ground into the drive and never produced a bid. LADY ON ICE stumbled at the start, recovered to chase two wide around the first turn, stayed in range and was asked three wide on the second turn but weakened in the late stages.

IT’S A RIDDLE stalked behind the top trio along the fence, angled into the two path around the bend, bid alongside the leader at the eighth pole and drew clear. WICKS AND CHAPPIES set the pace inside a pair of rivals, cleared around the bend, challenged at the eighth pole and could not kick on late. NAANSENSE tracked off the rail, angled to the rail on the turn then back out into the three path leaving the bend and finished a clear third. MY GIRL PEARL prompted the pace outside the leader, chased that rival two then three wide into the drive and faded. SLAMIN’ DADDY drifted out early, angled down to the two path, moved to the rail then back into the two path on the turn, and was never a factor. TROPHY CHEST attended the pace three deep to the turn, started to weakened around the bend and had little left.

GREGORIAN CHANT (GB) unhurried in the beginning, angled down to the two path, angled five wide into the stretch and further out at the top of the lane, rallied to the front inside the eighth pole and won going away under a hand ride. STRIKE ME DOWN settled off the pace, angled out into the lane, lacked room in upper stretch, tipped out then rallied and got up for the place. THANKS MR. EIDSON threw head and was off a bit slow to begin, showed early speed outside the leader, bid between rivals at the quarter pole, led into the stretch, was overtaken inside the eighth pole and got edged for the place. REAL NEWS chased outside a rival then three deep at the seven-sixteenths, bid outside the top pair at the quarter pole and flattened out in deep stretch. GHOUL (BRZ) stalked off the inside then went between foes at the seven-sixteenths, lacked room behind rival from the three-eighths to the five-sixteenths pole, came two wide into the stretch and lacked a bid late. OISEAU DE GUERRE reserved early on and angled to the inside, saved ground then entered the stretch two wide, angled out at the top of the lane and could not rally. STRONGCONSTITUTION stalked the pace from inside, lacked room and checked in upper stretch and could not regain momentum. MR VARGAS sped to the front from inside, challenged by a pair of foes at the quarter pole, lost the lead leaving the turn and tired.

MADAME BARBARIAN stalked the pace in the two path, raced between rivals around the turn, took over mid-stretch under some vigorous hand urging, drew clear and was ridden out late. FLYING BUSINESS pressed the pace from three deep, raced on even terms with rival into the turn, cleared nearing the quarter pole, lost command mid-stretch and stayed on to secure second. ETERNAL ENDEAVOUR (GB) stalked outside a rival, traveled three deep around the bend, moved out a bit at the top of the stretch but finished evenly in the final furlong. DORITA’S LEMON set the pace between rivals, dueled into the turn, chased FLYING BUSINESS into the lane and weakened. BILLY K tossed head and broke a bit slow, went up to apply pressure from inside, lost contact with the top pair around the turn and faded out of contention.

COAST OF ROAN broke out and was quickly corrected, settled off the pace, angled to the inside, steered out four wide into the stretch, rallied and struck the front mid-stretch and finished strong under a drive. CITY RAGE tracked outside a rival, entered the turn two wide, exited the bend four wide, took command in upper stretch and was outfinished in the final furlong. CAERULEAN stalked outside a rival then three wide into the lane, bid in upper stretch but could not match the top pair in the late stages. QUICK FINISH stumbled a bit at the start but recovered quickly, chased a bit off the inside then moved into the two path around the turn, moved out into the three path by TENURE into the stretch, angled out and kept on for a minor award. EROTIC lagged behind early, angled to the inside, angled five wide leaving the turn, was seven wide in upper stretch and needed to find more in the final furlong. TENURE off slow and broke in, went up to chased behind the speed from inside, shifted out into the stretch and weakened. LET’S REJOYCE dueled for command outside of BAD BEAT to the stretch and faded. BAD BEAT dueled for the lead inside of LET’S REJOYCE to the stretch and faded.