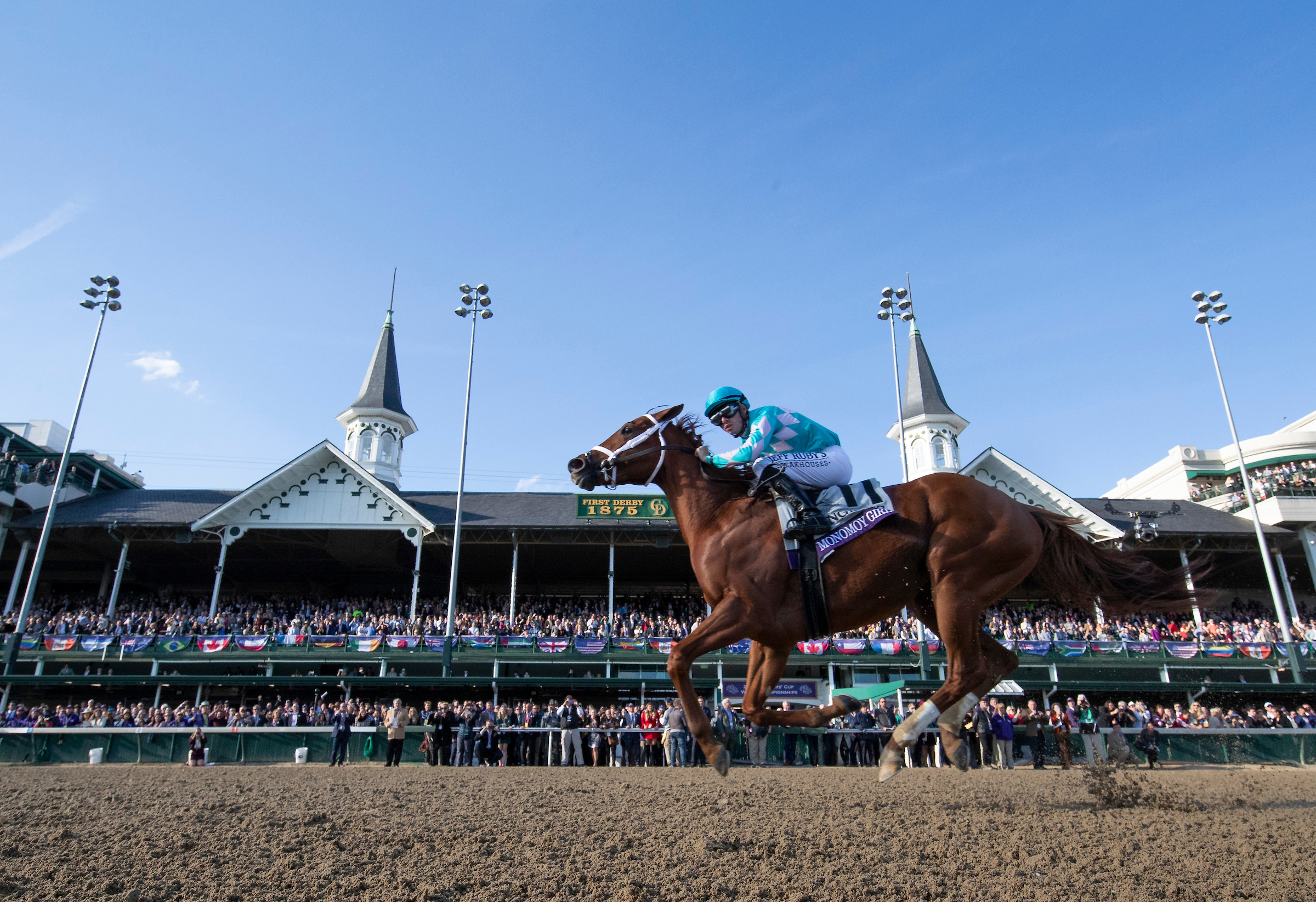 It has been a busy week on the horse racing front, with various tracks ready to resume racing this weekend, the most notable being Churchill Downs and Santa Anita Park.

Santa Anita received approval Wednesday from the Los Angeles County Health Department to continue live racing Friday. Racing will be conducted without spectators and with essential personnel only following strict protocols to prevent the spread of the Covid-19 virus.

Churchill Downs will host an 11-race dance card Saturday afternoon, its first live racing since the end of April. Similar to the other tracks running around the country, spectators will not be allowed under the Twin Spires.

Racing continues on television with FS2 broadcasting Saturday from 1 p.m. to 2:30 p.m. ET, shifting over to FS1 from 2:30 to 6 p.m., then returning to FS2 for a half-hour until 6:30 p.m.  NBCSN will televise from 6-8 p.m. Saturday and Sunday, simulcasting TVG’s Trackside Live programming.

NBC will be presenting a special show at 5 p.m. Saturday, headlined by American Pharoah’s memorable Preakness Stakes win five years ago. The rescheduled date of this year’s 145th Preakness will be announced during the one-hour broadcast.

Closer to home, a provincial government draft release was issued Thursday suggesting that “sports without spectators” will be a permitted business in a Phase I of reopening of the Ontario economy. Woodbine Entertainment, originally scheduled to open April 18, has been mostly shuttered with light training starting this week.

In addition to the track openings, Churchill announced additions to its Road to the Kentucky Derby races. Derby 146 has been rescheduled for Sept. 5.

The following races, separated by region, have been added to the Road to the Kentucky Derby. Once the New York Racing Association (NYRA) finalizes its stakes schedules, eligible races could be added. Point totals for the first four finishers are in parenthesis:

Should the Preakness and Belmont Stakes be rescheduled for dates in advance of the Kentucky Derby, points for the top four finishers will be worth 150-60-30-15, respectively.

Those point totals might make officials from the Stronach Group (Preakness) and NYRA (Belmont) think hard about placing their dates before the Derby to attract potential Derby horses.

NYRA also has a tough decision coming on what to do with the Travers, the meet’s signature race at Saratoga Race Course, should it decide to move north after the Belmont spring/summer meeting is completed. It sits one week before Derby 146 and is the same mile-and-a-quarter trek. It would surely be a 100-point race if it moved forward on the schedule to early August or late July in the traditional Jim Dandy spot.

Horse racing, one of the few live sports currently being televised and one of the few that can be bet on, should gain more traction with the higher-end tracks starting to run and with additional Derby qualifiers added to the mix.

One of the sport’s stars, Monomoy Girl, is entered in Race 4 at Churchill Downs on Saturday. The Brad Cox-trained 5-year-old mare will face six fillies and mares in a one-mile, $85,000 allowance as a tuneup to her 2020 campaign. She last raced in the 2018 Breeders’ Cup at Churchill Downs, winning the Grade 1 Distaff. She will put her seven-race win streak on the line under the Twin Spires.

Only two of the 11 scheduled races at Churchill have smaller than a full 12-horse field, so betting opportunities will be in abundance.

Trainer Mark Glatt will take on the boys with his talented filly Big Sweep in the Echo Eddie Stakes at six furlongs.

Gene Kershner, a Buffalo-based turf writer, is a member of the National Turf Writers and Broadcasters Association, and tweets @EquiSpace.