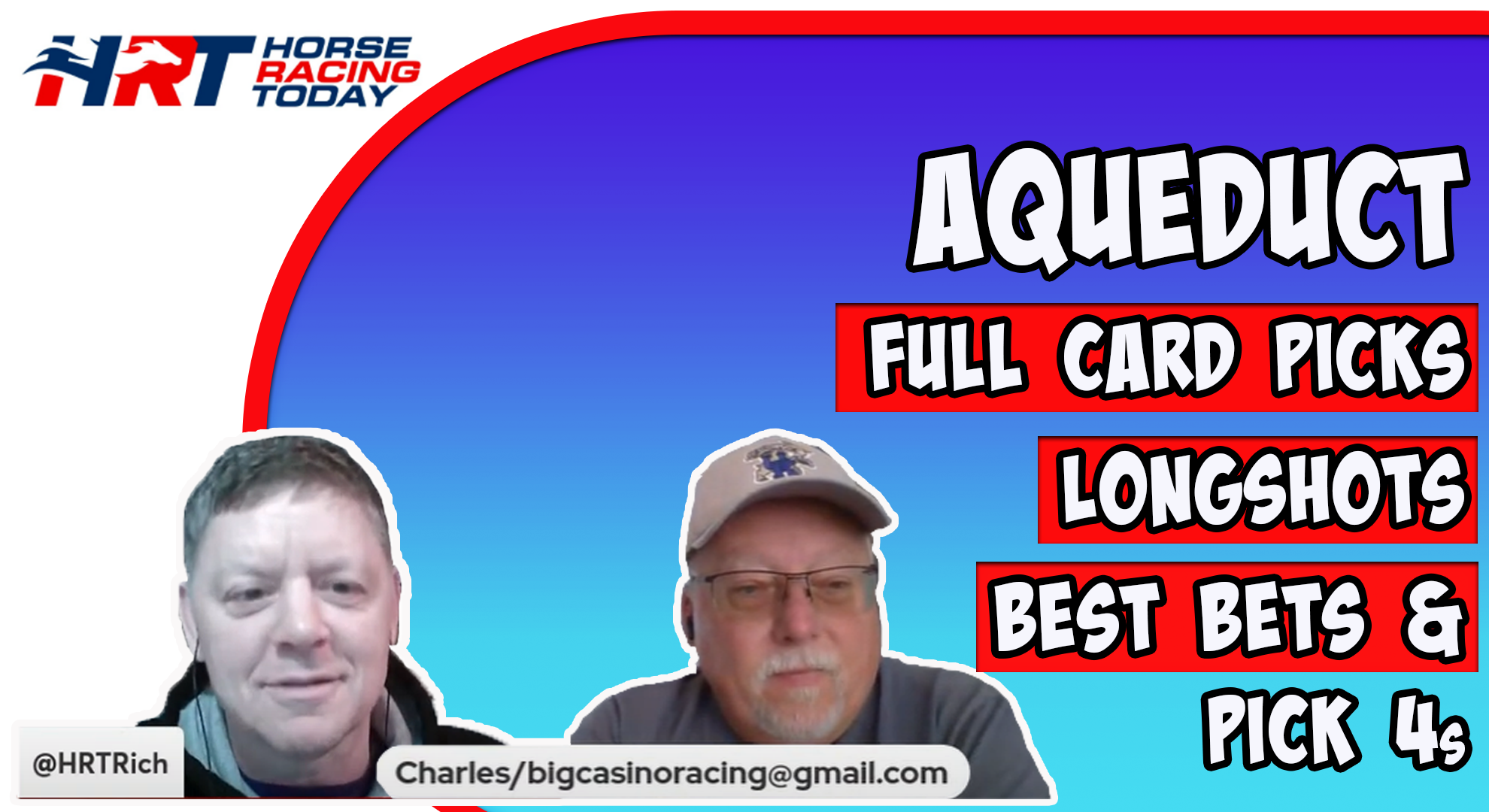 4 – WINNING CONNECTION – should be close to the lead, maybe possible E with the most LP

6 – NIEUWENDYK – numbers say he’ll likely be in the lead at the half, maybe steps it up in 2nd off the bench

2 – KING JAMES – Left Arrow horse, at his best has a sizable EP advantage

6 – COUSIN ANDREW – been off since August, has the back class but the resume says the fist off the bench might just be tune up

2 – SENSE A GIANT – surprisingly, Irad and Pletcher have a small plus ROI of 8 cents

6 – MAKART – 3rd off a layoff following a little better fractions last out, 3rd off is a big alpha angle for tr James Ryerson 26% vs 8% overall

7 – BIG BEAN CHRISTINE – TLRSP# and has a +LP, the only way I’d consider a MCL riser

4 – SHEZA RAJUN CAJUN – should be on the lead at the quarter pole with a +EP edge, getting Irad helps

2 – BUSTIN BAY – last race was better than it looks, especially the first half mile

4 – MISSY GREER – ran TLRSP# and has a couple of strong works since, looking for a rerun of her last today

1 – HOODOOLAND – this left arrow horse looks to be better in the third race off the bench, lonely PC horse

4 – VOLIERO – consistent performer but on turf, flipping to dirt a 22% angle for tr Jose Camejo 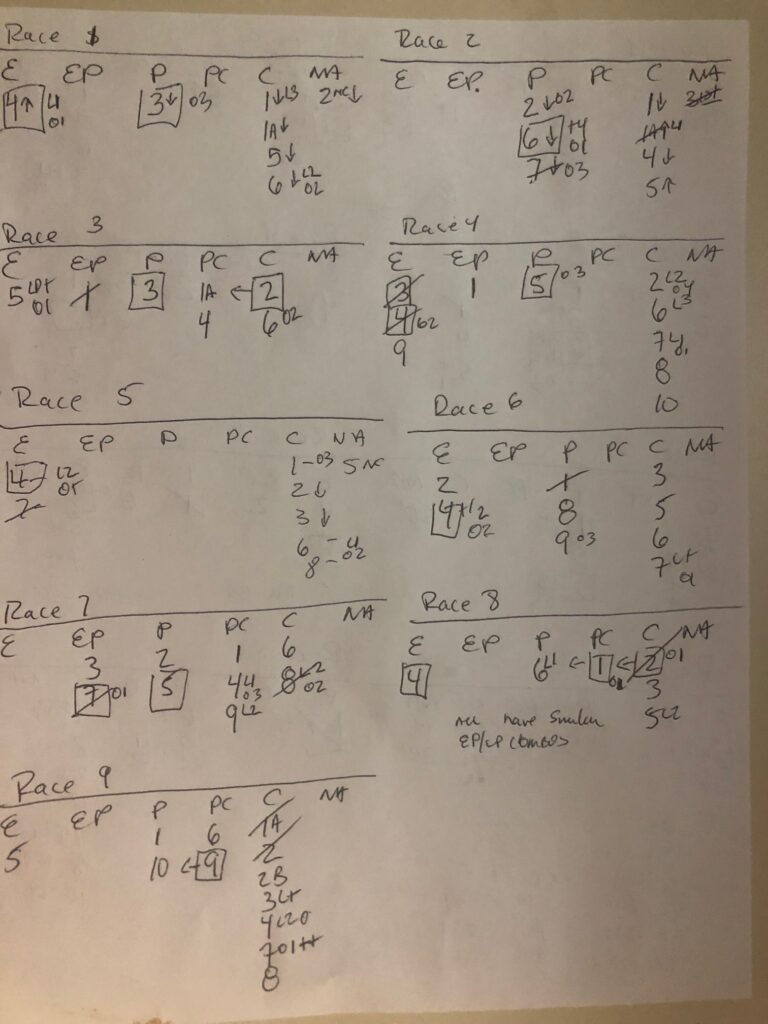