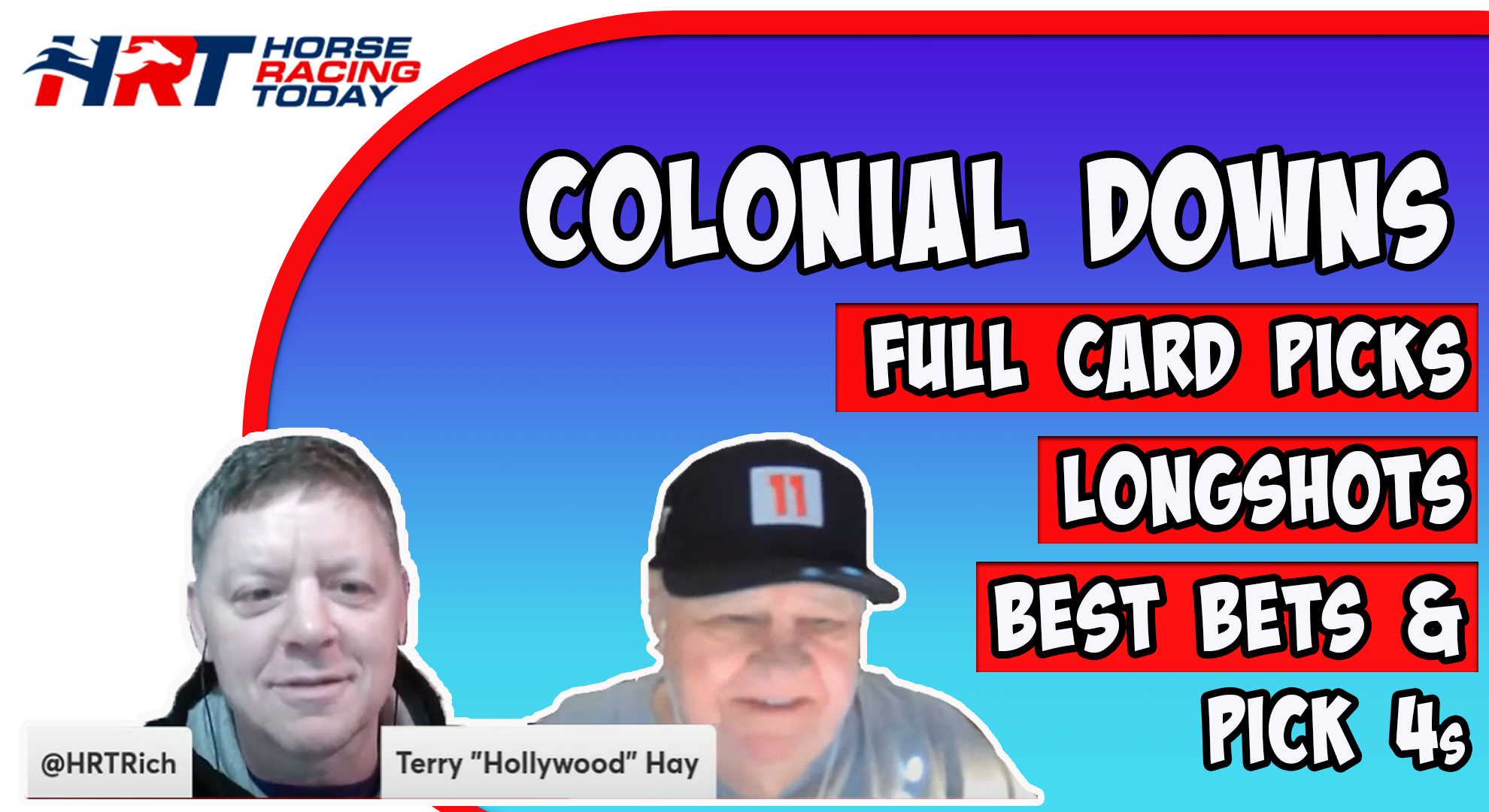 5 – NOBLE PRESENT – could have the lead to herself if the 4 is rusty, a horse alone on the front can be dangerous

3 – VILLAREGGIA – probably going to take a lot of money, but resume says expect regression in round 2 off the bench

2 – TRULY A DREAM – wanted to put the 1st timer here, but the tr is 0-30 with first times and just 3 hit the board, meanwhile, she did up her speed figure in her last and might be better in the 3rd off the bench

1 – LIKES – first timer without a lot to beat

7 – DANNYHILL – this a no brainer if she is ready after close to a year in the barn, lone speed with a ++ EP advantage

5 – CHICA BOOM – won her last and first go around the Colonial course, soft Z with better EP and LP#s with a lull in the middle, consistent performer who should show more in her second off the break

6 – SUNNYMEDE DREAM – won her last two efforts at Colonial the 2/3 overall, should be at/near the front of the pack of closers and has some late pop too

1 – FEARLESS KITTEN – broke her maiden at Colonial, also has a and off the board run in three tries at the Virginia Track

8 – LUCIDITY – could be outside speed, looking at July 4th work of 36.2 for 3f, and then steady works 1 week later, horse stays on workout schedule +1

7 – SILENT SWINGER – June 22nd work of 36.4 at Laurel and stayed on her workout schedule too

6 – GULF BENDER – Larry Rivelli has two in here, Jareth Loveberry is the to go to rider in this case, decent works prepping

3 – STEPSTONES – better numbers in her last, short resume hints at big jump in race two after a layoff, like the bullet work between starts and upgrade to Joe Rocco, winning at 31% and 100% itm in 6 w/ tr Kelsey Danner 3.67 ROI

6 – COME WHAT MAE – debut race gets it done here, last race, 3rd start, much better in the first half mile, cut back in distance and could be ready to run back to debut form

8 – SUWANNEE CHICK – probably runs a similar race today as she did in her last, way back, rally for some excitement at the end to fill up tri/super

9 – MAGNOLIA ROAD – track dropper from Gulfstream? Been close at the end of the last 2, what’s different in try 16? Close at the end but disappoints and just not much to beat in here

2 – SONGWRITER – LS – GP#s are no different than the 3, not sure MSW 17 at Mountaineer is the best won – netter in the first half of his last start, w2w – going long for the first time

3 – CRAZY ODDS – really not a fan of MCL, but… ran a lot better 6f fractions at 1m70y on grass than final 6f time on GP dirt, and GP dirt is a fast surface

5 – TAPIT BRIO – last race wasn’t as bad as it looks on paper, better 2/4f numbers and drops in class today

4 – VIRGINIA FULLA – has a + LP advantage over this group, has issues three races in a row, a clean, uneventful race might be all he needs

5 – COLONIST – has hit the top speed number on turf, only to reach triple digits, is tied with the 7 for top LP

8 – MYSTERY BANK – does have some EP, probably sits behind the 1 and 2 and can capitalize if they go too fast or too slow

6 – BALISTICO – left arrow horse, should be ready to rip in third start after a layoff – better ATB in last

7 – COOP TRIES HARDER – ran better fractions last out, more endurance and another looking to peak in race 3 off the sidelines

8 – REYNA DE VERANO – just won at this level/track/distance/surface by 8 ½ lengths, big races are usually followed by another

5 – BRIGHTSIDEOFLIFE – dops in class and could take a major step forward in her 3rd start after a layoff, was by far the best in last 3 race cycle

9 – OUR SWEET PEA – if she breaks sharply or this is moved off the turf, could be lone speed and run EZ fractions – on turf the 3 could challenge for the lead 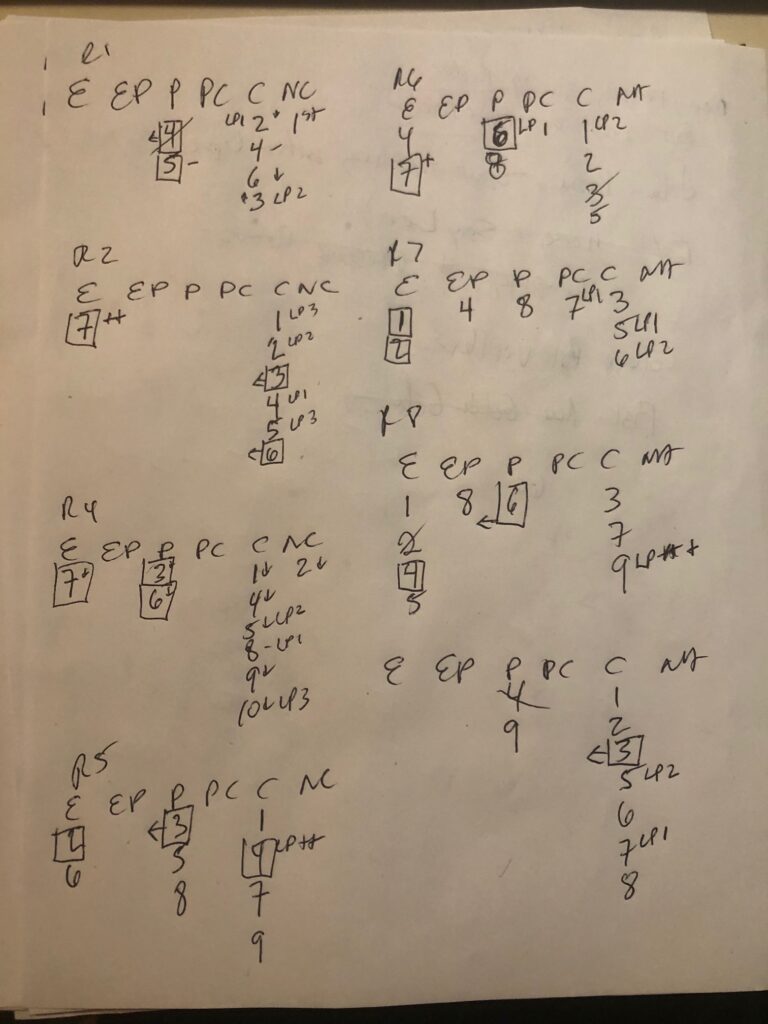 HorseRacingToday5 days ago
We use cookies on our website to give you the most relevant experience by remembering your preferences and repeat visits. By clicking “Accept All”, you consent to the use of ALL the cookies. However, you may visit "Cookie Settings" to provide a controlled consent.
Cookie SettingsAccept All
Manage consent