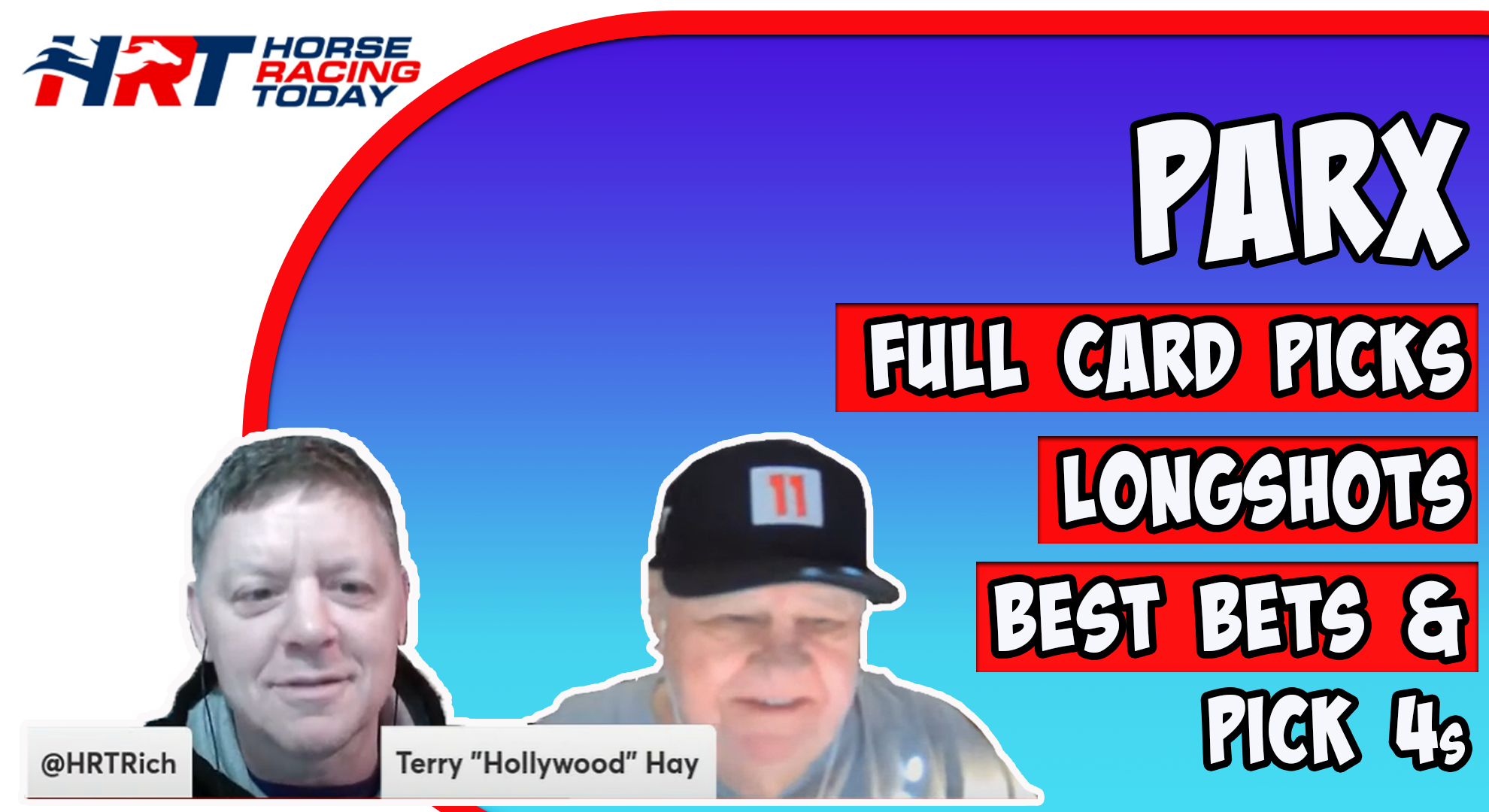 Unfortunately, Terry is out today and maybe for the week.

Rich is solo and discusses…

5 – CAWAJA TIME – what I am calling a left arrow horse, she’s a closer but her EP#s put her close to the front with this group. If she’s on/near the lead running at her normal tempo and has the best late kick, how do you pass what you can’t catch?

4 – ZENSATIONAL DIXIE – has the top LP#s in the field by a wide, wide margin, the biggest edge of any horse in this group.

2 – MAGNETIQUE – has the 38% winning combo of Ruben Silvera and Jamie Ness, the horse missed as the favorite in three of her last five races and only has a second in five tries at the distance

1 – MAGICAL ANNA – could be better in her third start after a layoff, improved her 2/4f pace figures last out, which can be a sign of an improving horse

3 – MATOULA – mostly runs the NYRA circuit, comes in from Belmont, but won w2w two back in her lone PARX race, drops in class here after TLRSP# and should be pilot or co-pilot

5 – BELLAMY’SPARTYGIRL – won his last race with ease despite ATB pace numbers that were down a touch, it’s not concerning because I interpret that as he didn’t need to give his all, he should have plenty in the tank today

6 – CONNOISSEUR – is the other that’s likely to pilot or co-pilot, get’s  weight break vs the field, ran better fractions at 1 1/16 miles on a good track compared to 1 mile on a fast track

2 – VALERIE FIRST – tough call over the 7, but he’s been running, 3rd off the sidelines, top LP#s by a little in this crew, whereas 7 is making first start after a layoff and his resume says he might not fire.

6 – PRACTICAL COACH – interesting to that Frankie Pennington gets off the 5, who he won two of the last three starts with to ride here, where he’s ridden eight on nine career starts. In Frankie we trust, especially when teaming with tr Robert Reid, jr. winning at 40% together 0.97 ROI

3 – TOPS THE CHART – track dropper from Monmouth, LRL, GP, smoked an ALW 60k at MTH last out, a couple of maintenance works between

5 – SMOKEY WHITE – tough call over the 2, especially with the 2’s odds, but is the lone Pressure horse in a field where 3 could press for the lead making for a fast pace. He has the top LP for this group and if the fist 3 go too fast, he capitalizes late

1 – DANGNABBIT – gets out of the box better than all but maybe the 5, tied for top EP with the 5, but rides the 19% inning rail, better ATB in first race after a 3-month layoff, looking for more today, QTA from July 9

5 – DUNE DUNE – could play the part of pacesetter if the 1 doesn’t take charge early, taking the biggest drop in the field by a lot. Making first start at Parx, tr Felix Coba-Flores 26% with shippers

2 – E T’S SUPER STAR – bested the top pick last out, finishing 2nd by a neck, was better early and late in last, Z pattern, has the most late punch in this group
3 – SPLITZVILLE – is the ML favorite, don’t think he will be at post time, last race was a little better than it looks, and prefer him over a pair coming off MCL wins after a bunch of tries

2 – FEARLESS FLY – has the best PARX numbers, TLRSP#, has a lot of late, tried to move more forward in his last

3 – LAST INVESTMENT – should get to the lead as the lone E in the field, she hasn’t had an uncontested lead in her last 10 races, better pace #s ATB in last but slower fractions at ½ f shorter, not sure what to make of that

The three experienced horses looked awful in their debuts, got to mostly 1st timers

2 – UPTOWN AMANDA – probably going to be the favorite based on the morning line and June 29th workout at Parx, 4 f in 47, fastest of 32

5 – STORMIN’ ELVIS – pops in as the experienced horse I am willing to take a flier on, has an excuse for her poor debut as she was squeezed at the start, two woks since, tr Jorge Diaz won 2/5 with horses making 2nd career start with a ROI of $12.92 – this one will be a price too, if not, you know something is up

7 – ALLEVARE  -BB– is another left arrow horse, lone EP but has the top EP, drops from a NGSTK 100k, bullet work between races

6 – LUCKY RUNNING CAT – been off since May 9, won his last first start, a nice work and then a maintenance since

1 – IMAGINE THIS – should benefit from the 3 scratching as a horse with hidden EP, rides the 19% winning rail

3 – JUSTINTIMEFORWINE – LS – has the biggest EP edge of the day, won his last and only run on Parx grass w2w – has a bullet 3f work since

8 – ROADTRIPTONOWHERE – won his last with much better pace#s ATB, TLRSP# pulling away from a field of six by 9 ¼ lengths

7 – TEXAS BASIN – flips from dirt to turf, tr Jamie Ness hits at 21%, would rank higher if the race is taken off the grass, 2 for 2 on an off track

2 – SAMARONTI – 4 consecutive SP# increases, much faster fractions at 1m70y t vs the same on dirt

2 – LOVERBOY LOU – winner of 3 / 4 tied for the TPLRSP#, should be close to the pace and has the strongest late move in the race

5 – MR SANDMAN – resume says he should be considerably better in the second start after a layoff. ITM Parx 8/1-3-2

6 – FLOAT ON – is the lone Pressure Closer in the race, he can win on the lead of from the back

4 – SOVEREIGN CHANGE – bullets galore getting ready for return after more than a year on the bench, Silvera/Ness combo clicking at 38% with small positive ROI

7 – FICTIONALFAIRYTALE – biggest dropper in the race, should be part of the EP, cut back in distance probably helps

1 – T REX – another class dropper although tried this level once, better fractions last out, tied for the top LP#s

5 – BLAST THE MUSIC – lone first-time starter in the field, always have to include them because you just don’t know

Race Pace Notes for how horses have previously won 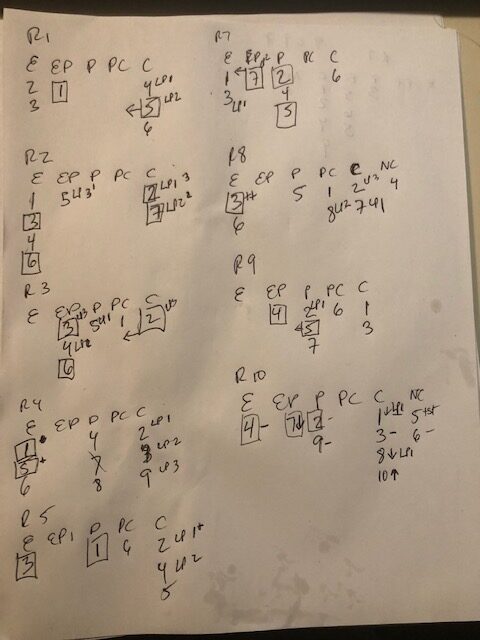 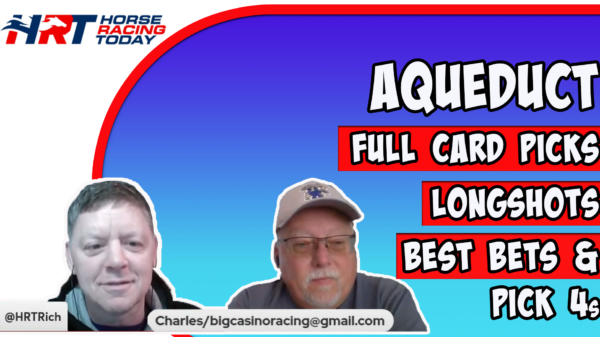 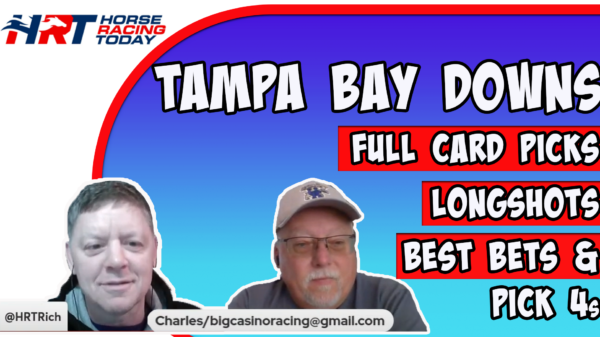