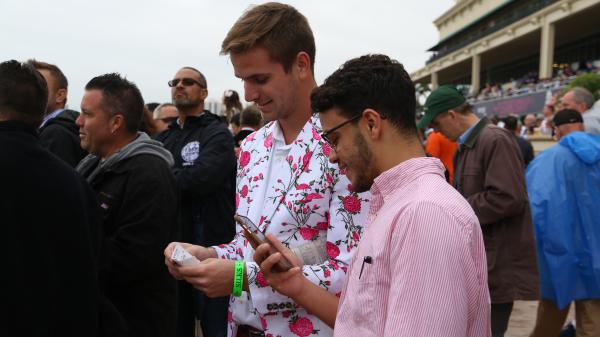 You simply do not find 30-1 winners who look like logical selections based on past performances.

So, with those 30-1 shots, you generally have to fill in some blanks and hope you come up with the right answers.

Hunches can also come in handy … as they did with Hallucegenic in the 11th race at Gulfstream Park on Jan. 23.

It was a $20,000 maiden-claiming race on the turf and Hallucegenic was coming off an ugly 40-length loss in his career debut against $35,000 maiden claimers.

That, in and of itself, did not sound promising.

But there was something interesting about him.

In that initial start on Oct. 31 at Gulfstream Park West, Hallucegenic raced on dirt but the race was originally scheduled to be on turf.

Since then, the 3-year-old colt put in six workouts, all of them on turf.

When you blend the fact that Hallucegenic was supposed to start his career on turf with all of those turf works, it surely indicated that his connections believed he was destined to do his best running on the grass.

So, instead of looking at Hallucegenic as a horse who lost by 40 lengths, it made more sense to view him as a first-time starter who just might like turf and was worth a look at the right price.

Enhancing the situation, Hallucegenic’s odds at post time were largely based on that lopsided loss. He went off at 30.60-1.

While he obviously wasn’t a standout, Hallucegenic certainly was worth a saver wager or inclusion in exotic wagers based on his connections’ desire to run him on turf.

And if you did just that, then you collected a nifty $63.20 off a $2 wager as Hallucegenic won by two lengths despite being checked at the start and losing ground while rallying five wide on the final turn.

Call it a hunch, but it certainly looks like Hallucegenic has a bright future on turf, and that should not have been a major surprise.