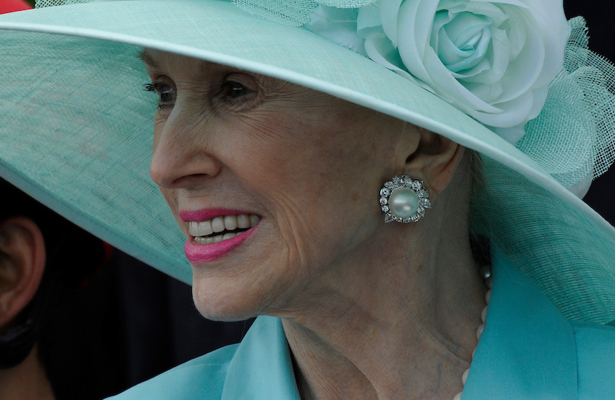 Horse racing lost some of its biggest names in 2019, led by one of racing’s most significant philanthropists in Marylou Whitney, one of racing’s greatest jockeys in Hall of Famer Randy Romero and longtime trainers Richard Hazelton, Vinnie Blengs and Gary Sherlock.

Marylou Whitney was heralded as the “Queen of Saratoga” for her many contributions to racing and the city of Saratoga Springs, including the founding of the Saratoga Performing Arts Center, which opened in 1966. In the 1970s, the Whitneys helped convince NYRA to keep Saratoga open as a viable part of its racing calendar at a time when wagering and attendance sagged. In 2003, Bird Town, trained by Nick Zito, made Whitney the first woman in 80 years to own and breed a Kentucky Oaks winner, and in 2004 her Birdstone won the Belmont Stakes, ending Smarty Jones’s Triple Crown bid, and then the Travers that summer.

Of Kentucky Derby legend, racing lost a winning horse, trainer and jockey. Sea Hero, the 1993 Derby winner; David Cross Jr., who saddled Sunny’s Halo in 1983; and David Erb, who piloted Needles to victory in 1956 all died in 2019.

Among well-known equine athletes, the most dramatic loss was that of stallion Pioneerof the Nile, who died suddenly at age 13. As the sire of Triple Crown winner American Pharoah, Pioneerof the Nile had already made a huge impact in the breeding shed. On the racetrack, the son of Empire Maker reeled off four straight wins on the Kentucky Derby trail before finishing second to Mine That Bird in the 2009 Kentucky Derby.

In addition to Sea Hero and Pioneerof the Nile, racing lost Menifee, who was second in the 1999 Kentucky Derby and Preakness, and tragically lost 2017 Breeders’ Cup Mile winner Battle of Midway and Grade 1 winner Mongolian Groom to the racetrack injuries that plagued Santa Anita Park.

While far from complete, here is a list of notable racing figures that were lost in 2019 and more on their contributions to the sport:

Additionally, here is a list of notable equine athletes that died in 2019:

Who are the people and horses who left us in 2019 that you will remember the most? Let us know in the comments.