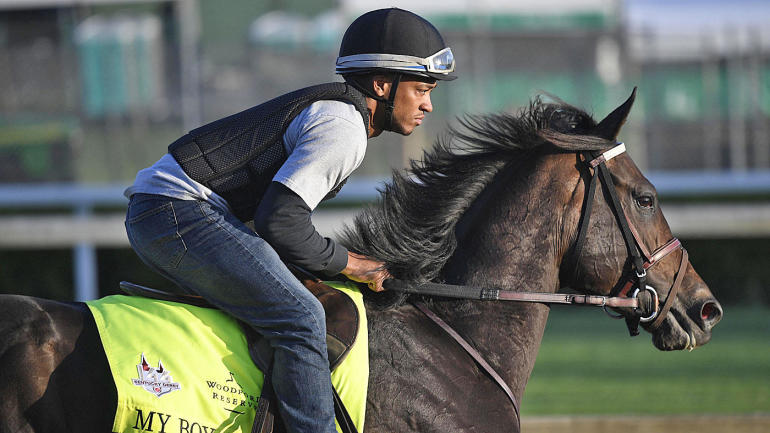 Three trainers already inducted in the Hall of Fame will be looking to win their first Garland of Roses when the starting gate opens for the 2019 Kentucky Derby at Churchill Downs on May 4. Richard Mandella (six career Kentucky Derby contenders), Bill Mott (eight) and Steve Asmussen (19) have entered a combined 33 runners in the race but have only managed two runner-up finishes and two thirds. Mandella trains the expected 2019 Kentucky Derby favorite, Omaha Beach, who is listed at 7-2, up from an open of 3-1. Three horses trained by Bob Baffert — Roadster (7-2), Improbable (5-1) and Game Winner (7-1) — are also among the favorites in the current 2019 Kentucky Derby odds. With such a wide-open field taking the starting gate at Churchill Downs seeking to become this year’s Justify, you’ll want to hear what SportsLine’s Jody Demling has to say before placing any 2019 Kentucky Derby picks of your own.

A fixture in the horse racing world who has been writing about, talking about and betting on races for years, Demling is coming off three impressive handicapping weekends. He hit the exacta, trifecta and superfecta in the Dixiana Elkhorn Stakes, winning $408.38 on a $38.40 investment. That came one week after nailing the exacta, trifecta and superfecta in the Arkansas Derby. And on April 6, he nailed the exacta and trifecta in the Santa Anita Derby, Blue Grass Stakes and Wood Memorial. He’s excelled picking Kentucky Derby prep races and knows a winning horse when he sees one.

Those horse racing picks continued Demling’s astonishing start to 2019, in which he also nailed the superfecta at the prestigious Pegasus World Cup — a $678 payout on a $1 bet — and the Robert B. Lewis Stakes.

Plus, he’s hit nine of the last 10 Derby-Oaks doubles at Churchill Downs. That means he’s held a ticket with the winners of the Kentucky Oaks and Kentucky Derby all but one time in the last decade. Anyone who has followed him is way up.

Now, Demling has analyzed the entire 2019 Kentucky Derby lineup and released where he believes every horse will finish.

One shocker: We can tell you he says Improbable, one of the top Vegas favorites, barely cracks the top five. Though the horse ended his two-year-old season by winning the Los Alamitos Futurity, he has finished second in both of his starts this year. In addition, Improbable’s sire is City Zip, a Grade 1-winning sprinter, but not the type to win at the Kentucky Derby distance of 1 1/4 miles.

Demling has also locked in his 2019 Kentucky Derby picks for the 7-2 co-favorite, Omaha Beach. Mandella started racing the son of War Front on grass, and Omaha Beach ran well on that surface, but went winless in three starts. Since moving to the dirt, the horse has thrived, winning three of four races, including his last three. And with each start, Omaha Beach has improved his Beyer Speed Figure, not taking one step backwards. He’s currently at a Beyer Speed Figure of 101, the second-best mark of any horse in the 2019 Kentucky Derby lineup.

Demling also has a strong read on Game Winner. He was fast as a two-year-old, winning the Breeders’ Cup Juvenile last year and being named the champion two-year-old of 2018. Because of his win in the Juvenile, he was well on his way to earning a spot in the 2019 Kentucky Derby field. Consequently, Baffert could wait to have Game Winner peak in the Kentucky Derby and ease up in the Rebel Stakes and Santa Anita Derby. That could help explain his two second-place finishes in those Kentucky Derby prep races.

Demling is revealing his exact finish positions for Omaha Beach, Game Winner and every other horse in the 2019 Kentucky Derby field. He is especially high on a monumental long shot who’s heating up at just the right time. Find out who it is, and get his full 2019 Kentucky Derby picks, only at SportsLine.

So which horse wins the Kentucky Derby? Where do Omaha Beach and Game Winner finish? And what massive long shot does Demling say contends? Visit SportsLine to see Demling’s early picks for the Kentucky Derby, and find out.