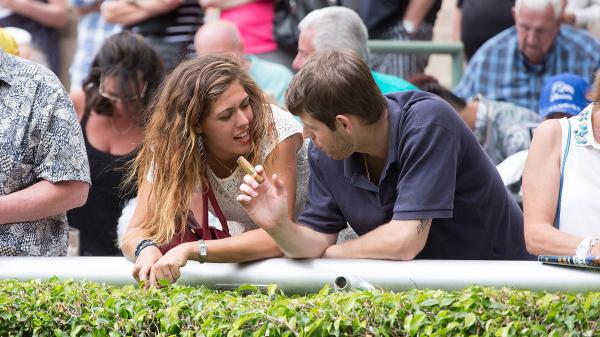 There are 24 rather valid reasons why anyone interested in betting on the Kentucky Derby Presented by Woodford Reserve should pay close attention to the Xpressbet.com Florida Derby this afternoon at Gulfstream Park.

Rather than list them one by one, let’s just say they are the two dozen horses who have raced in the Florida Derby and then triumphed in the Kentucky Derby. No other race has produced as many winners of the run for the roses, so what happens on Saturday should indeed be stored away in your memory bank until the first Saturday in May.

Of course, you will need a bankroll to wager on the Derby, so let’s see if a statistical look at the last 13 runnings of the Florida Derby can help point out the winner of this year’s race.

Unfortunately, the most powerful angle will not be helpful. In the last 13 years, 12 of the winners last raced at Gulfstream. That can be a highly useful nugget, except that all 11 of Saturday’s entrants made their last start at the Hallandale Beach, Fla., track.

What’s probably more useful is understanding that stat the next time a shipper wins the Florida Derby. The one exception over the past 13 years was Nyquist in 2016, who won the Florida Derby and then went on to win the Kentucky Derby and extend his unbeaten streak to eight. Upon reflection, that made a lot of sense. If a horse is good enough to ship in and beat Florida horses at their home base, he will surely be a handful on the first Saturday in May at Churchill Downs.

Moving on, the majority of Florida Derby winners exited either the Xpressbet.com Fountain of Youth Stakes or an allowance race. Both of those cohorts have five winners over the past 13 years.

The Fountain of Youth angle should be good news for backers of Hidden Scroll, Bourbon War, Everfast, Code of Honor and Union’s Destiny. The allowance angle boosts the confidence for those keen on Maximum Security and Hard Belle.

The interesting part of that equation is that only one Florida Derby winner in the past 13 years came out of the Fasig-Tipton Holy Bull Stakes, which impacts Harvey Wallbanger and Garter and Tie.

Another strong angle is that 10 of the last 13 Florida Derby winners won their previous start, including last year’s winner Audible. Falling into that category this year are Code of Honor, Harvey Wallbanger and Maximum Security.

The odds board has also been a dependable source of information. Though only two favorites have won, six second choices have won and three third choices have won, which is helpful for Hidden Scroll (5-2 on the morning line), Code of Honor (3-1), Bourbon War (7-2) and maybe Maximum Security (9-2).

As for the pace scenario, it usually pays to be on or near the lead as reflected in seven of the past 13 Florida Derby winners being within two lengths of the lead after the opening half-mile.

Finally, post position is crucial in a mile-and-an-eighth race with a large field at Gulfstream. The last 39 horses who broke from the three outside posts in the Florida Derby own a combined four wins, two seconds and five thirds. This year, Code of Honor (9), Union’s Destiny (10) and Garter and Tie (11) drew those unenviable posts.