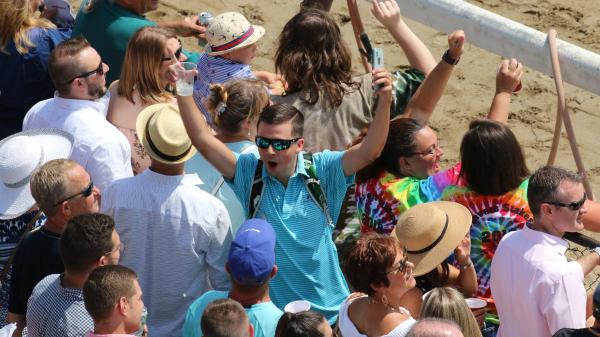 Class handicapping is one of the simpler and more effective ways of picking a winner. Final time does not come into play. Nor does a track bias favoring speed horses or closers. It simply involves finding a horse who has been racing against better company that drops into a class level where it be will be more competitive.

A great example of that concept could be found in the ninth race at Churchill Downs on June 23. It was allowance optional claimer in which horses could run either for the allowance condition (under which the horse cannot be claimed) or for an $80,000 claiming tag.

Snapper Sinclair was one of the horses racing under the allowance condition and for him it offered some class relief. Looking over his last 10 dirt races, you’ll find that eight of them, including his last three starts, came in stakes races.

He struggled in those recent starts, losing by a head in the Essex Stakes at Oaklawn Park which was followed by a fifth in the Fifth Season Stakes and a 10th in the Oaklawn Mile Stakes.

Now, those recent starts do a raise a red flag. A major concern with class droppers is that they may have gone off form and even lesser competition will not matter.

Yet in Snapper Sinclair’s case, in his two starts in races other than stakes, he was victorious in his last appearance in an allowance race and second in the allowance race prior to that.

That was surely a positive sign that dropping in class could bring out the best in Snapper Sinclair, who was listed at 6-1 on the morning line. It was a tempting price and one that held up throughout the wagering as Snapper Sinclair went off at 6-1.

In the end, class certainly mattered as Snapper Sinclair responded to the class drop and recorded a 3 1/4-length victory.