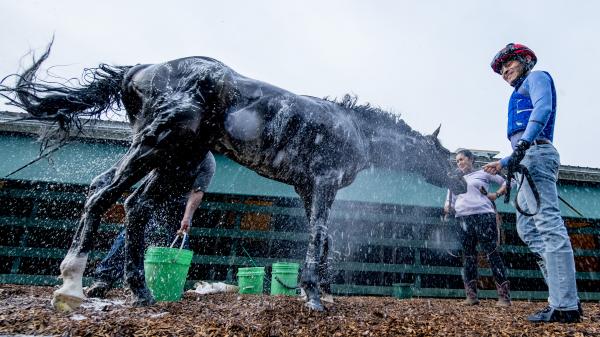 Bravazo, who most recently finished second in the Nov. 23 Clark Handicap Presented by Norton Healthcare, has raced in eight consecutive Grade 1 races at six different tracks, and was the only horse other than Justify this year to run in all three Triple Crown races.

“We’ve got a window of about seven weeks, so we’ll get him in a work pattern,” Lukas said. “We did ship him to Arkansas where he’s getting a week to just take it easy. We’ll start picking up a work tab schedule in mid-December. He’s really done well. He’s fit; his weight is excellent. He’s run eight straight Grade 1s and a lot of people would think he would taper off, but he seems to only have gotten better. He’s a picture of consistency.”

Lukas said his first inclination would be to ship Bravazo to Gulfstream a week before the race.

Bravazo last visited the winner’s circle when he captured the Grade 2 Risen Star Stakes presented by Lamarque Ford in February. The son of Awesome Again went on to finish second to Justify in the Preakness Stakes and also posted on-the-board efforts in the Betfair.com Haskell Invitational Stakes, Runhappy Travers Stakes, and Breeders’ Cup Dirt Mile.

“One of things we’ve struggled with in Thoroughbred racing is keeping superstars on the track,” Lukas said. “I think [the Pegasus] is a step in the right direction. Any time you start the season with a $9 million race … it better be on your radar.”