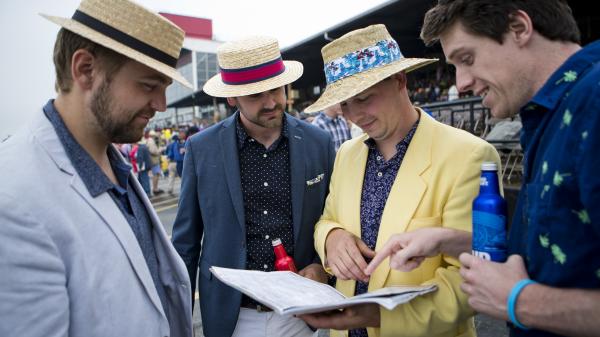 There are some types of races that are simple to understand. Stakes races and some claiming races fall into that category. They each have a certain purse value or involve horses that sell for a set price.

Yet some conditions can be quite confusing, such as a starter optional claiming race. In a sense, these are hybrid races. There are the mix of a starter race and a claiming race.

The claiming part is the easy one to understand. It’s the price another owner must pay to buy or claim the horse.

The starter part can be more confusing. It entails the ability to enter a horse in a race where it cannot be claimed, provided it has raced for a certain minimum claiming price in the past.

As an example let’s look at the sixth race at Gulfstream Park on March 6, which was a starter optional claimer. In this case, in order to make use of the starter option and race without a claiming tag, an entrant had to race at some point in its career for a claiming price of $6,250 or less. Otherwise, an entrant could run for a $10,000 claiming tag.

How this all comes into play for a handicapper is understanding what it says about the horses racing with and without a claiming price. In this instance, only one of the nine starters raced for the $10,000 claiming price – and he finished last. The rest took advantage of the starter option, meaning their connections valued them at more than $10,000.

And speaking of claiming prices, one of the starters was Summer Spice, who had raced in a $16,000 claimer in his last start and finished third. Now his connections wanted more than $10,000, which illustrated some confidence in him. In addition, in his last nine races, he had raced for claiming prices of $6,250, $8,000, $10,000 and $16,000 and finished no worse than fourth with two wins.

And now, trainer Kathy Mongeon was being protective of Summer Spice by entering under the starter condition and ditching the claiming tag.

With that record and those consistent results and running for the starter condition, Summer Spice was interesting at his 15-1 morning line price. Yet when he went off at 56-1 odds, he was surely attractive and if you had a firm understanding of the conditions you might have placed at least a $2 saver wager on him and collected $114.60 when he registered a 2 ¼-length victory.