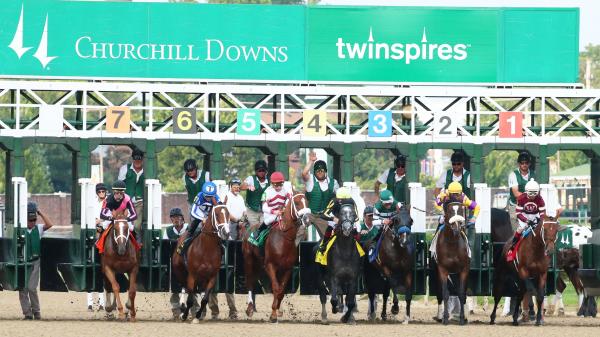 The COVID-19 pandemic turned horse racing upside down, but a sense of normalcy has begun to return with the reopening of tracks like Churchill Downs in recent weeks. This Saturday the track hosts the Matt Winn Stakes, which in any other year is an ordinary Grade 3 race for 3-year-olds but this year is a prep for the Sept. 5 Kentucky Derby presented by Woodford Reserve.

Read on for nine fun facts about the 2020 race.

1. The Matt Winn was called the Northern Dancer Stakes from its inauguration in 1998 through 2011. This year is the 23rd edition of the race.

2. The 2020 edition of the race is the first time it will offer qualifying points toward the Kentucky Derby. The winner earns 50 points, with the second- through fourth-place finishers receiving 20, 10, and 5 points respectively.

4. The Matt Winn is contested at 1 1/16 miles on the same dirt course the Kentucky Derby will be run on in September.

5. The race is named in honor of former Churchill Downs president Matt Winn, who helped develop the track and make the Kentucky Derby into a world-class race.

7. Grade 1 winner Maxfield will be making his first start since October in the race. After winning the Claiborne Breeders’ Futurity at Keeneland the colt was found to have an ankle injury and took time off to recuperate.

9. This year is the first time the race will be run in May. Until now it has been a June staple of the Churchill Downs spring meet.