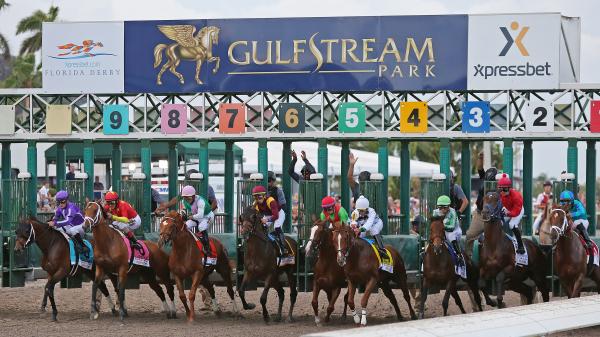 The road to the Kentucky Derby presented by Woodford Reserve heats up this weekend, as top Triple Crown hopefuls convene at Gulfstream Park for the Xpressbet.com Fountain of Youth Stakes. The historic race attracts a competitive field of 3-year-olds each year and this year is expected to include the likes of Hidden Scroll, Signalman, Code of Honor, and more.

Read on for nine must-know facts about the South Florida race on Saturday.

1. The first Fountain of Youth was won by Twenty Thirty back in 1945, making this year the 74th edition of the historic race.

5. The Fountain of Youth is a prep for Gulfstream Park’s biggest Derby prep, the Xpressbet.com Florida Derby. Fourteen horses have won both races, including Orb (2013), Scat Daddy (2007), and High Fly (2005) in recent years.

6. Jockey John Velazquez has more wins in the race than any other active jockey, with four. He’s tied with retired rider Jerry Bailey as the winningest all-time jockeys in the race.