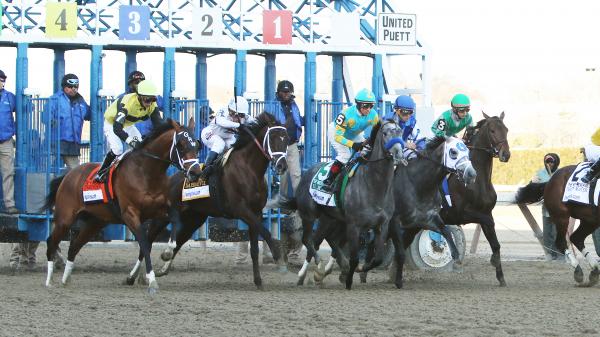 The final round of prep races for the Kentucky Derby presented by Woodford Reserve is in full gear this weekend, with three major preps from coast to coast. In New York it’s the Wood Memorial Stakes presented by NYRA Bets that takes top billing at Aqueduct, where a field of eight Derby hopefuls is expected to square off.

Read on for nine key facts you should know about Saturday’s race.

1. The Wood Memorial offers a total of 170 Kentucky Derby qualifying points, including 100 for the winner and 40 for the runner-up. Both are enough to virtually guarantee those horses a place in the Churchill Downs starting gate.

4. Trainer Todd Pletcher has won five editions of the race, including two of the last three years. This year he has two contenders in Overdeliver and Outshine.

6. Hall of fame jockey John Velazquez has won four of the last nine editions of the race. His four wins are the most of any active jockey but he still trails fellow Hall of Famer Eddie Arcaro by five.

7. The Wood Memorial offers a purse of $750,000 to top what is Aqueduct’s biggest day of the spring meet. A total of five graded stakes will be contested for $1.75 million in purses.

9. Longtime New York trainer Bill Mott is winless in the Wood Memorial, but he could end that trend this year. He has Tampa Bay Derby winner Tacitus in this year’s race.