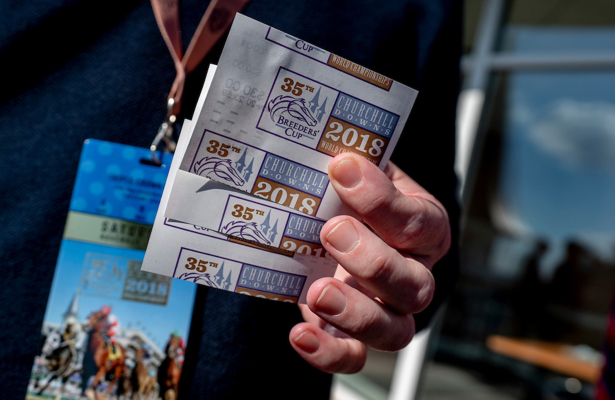 A change to Kentucky tax law for 2018 has horseplayers worried they could owe significantly more this season, according to BloodHorse, which in a Sunday afternoon story by Frank Angst seemingly revealed to both lawmakers and the general public a major drawback to gambling.

Effective on Jan. 1, 2018, the updates removed an itemized deduction allowing bettors to claim their gambling losses against their winnings up to the winning amount. It was replaced with a 5 percent flat tax rate that could impact top horseplayers in a state that considers horse racing and breeding a signature industry.

“I just found out about this today so that’s proof it’s an unintentional consequence of last year’s tax reform,” Thayer wrote on his social media. “I’m working with the Senate budget budget chairman @kychrismcdaniel on a fix before the end of #KYGA19.”

BloodHorse spoke with an anonymous horseplayer who said he could have to move out of Kentucky or stop betting because of the tax law update. In 2018, the horseplayer had both winnings and losses in the six-figure range and ended the year with $10,000. Without the itemized reductions, his taxable gambling income could be six figures instead of $10,000.

Other options the horseplayer is considering to avoid the tax increase include filing as a professional player or listing his gambling as a business activity.

“I don’t want to bet right now,” he told BloodHorse. “If this had happened in Montana or somewhere that betting the races isn’t as big, I could have seen that. But I can’t believe this happened in Kentucky.”

The newly formed Thoroughbred Idea Foundation also weighed in once the story broke with statements, calling the new law “asinine” and “a huge penalty to horseplayers.”

For now, one additional note.

Everything else we said about the sport’s treatment of horseplayers, pricing and data still applies to the present day situation of racing