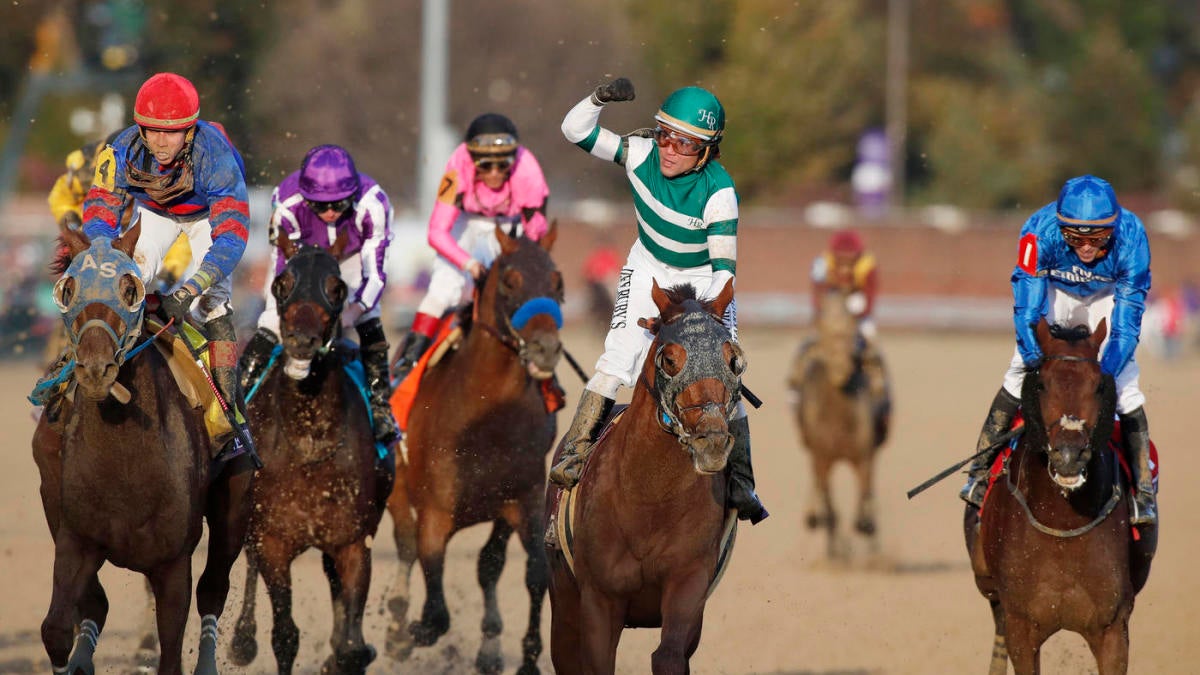 Horse racing continues to take place daily during the coronavirus pandemic, and on Saturday the multiple Grade 1-winning filly Bellafina makes her first start of the year, in the 2020 Carousel Stakes at Oaklawn Park in Hot Springs, Ark. The 4-year-old daughter of Quality Road has six wins in 13 career starts but has lost five straight races. Those five consecutive defeats, however, have all come in Grade-1 races. On Saturday she has been installed as the 8-5 favorite in Race 10.

Kinchen is one of the nation’s most successful and recognizable horseplayers. An analyst for Fox Sports’ “Saturday at the Races” and a co-host of the “In the Money Players’ Podcast,” Kinchen won the National Horseplayers Championship Tour in 2015, a demanding, yearlong series of handicapping events across the country. That same year, he became the only player in history to have both of his entries qualify for the final table of the National Horseplayers Championship.

He’s currently riding a hot streak on his horse racing picks for SportsLine. In the Fountain of Youth Stakes in February, Kinchen nailed an $80 win bet on Ete Indien that paid a healthy $344. Last month in the Beholder Mile, he gave out a $50 exacta that paid $550. On April 2 he hit the late Pick 4 at Oaklawn Park, which paid $221.55.

Now, Kinchen has handicapped the late Pick 4 at Oaklawn Park for Saturday, April 25, made his picks and constructed his tickets. You can head here to see them.

Kinchen is high on A.P. Princess, a 15-1 long shot in Race 8, the opening leg of the Pick 4. A 4-year-old daughter of Flatter, A.P. Princess has three wins, four seconds and four thirds in 20 career starts. She is coming off a fourth-place finish at Oaklawn Park on March 27.

In that race A.P. Princess rallied strongly but couldn’t catch an uncontested leader. “[A.P. Princess] could get the job done at a big price,” Kinchen told SportsLine.

Kinchen also is high on Eight Rings, the 5-2 favorite in the 2020 Bachelor Stakes, the second leg of the Pick 4. Considered one of Bob Baffert’s top 2-year-olds last year, Eight Rings has two wins in four career starts. He is making his first start since finishing sixth in the Breeders’ Cup Juvenile on Nov. 1.

Eight Rings ran huge on debut as a 2-year-old, and that was 265 days ago. “I expect an even more mature Eight Rings to be even better than that effort, and the morning workouts suggest he is sitting on a big race,” Kinchen added.

How to make Oaklawn Park picks for April 25

In addition Kinchen is high on a huge double-digit long shot on Saturday. Kinchen says this horse “had a terrible trip last time” but could light up the tote board and spice up the Pick 4. He’s sharing his Pick 4 grid only at SportsLine.

How has Kinchen structured his Pick 4 ticket for Saturday? And which huge double-digit long shot can win at a big price? Visit SportsLine to see Kinchen’s picks for the late Pick 4 at Oaklawn Park on Saturday, and find out.