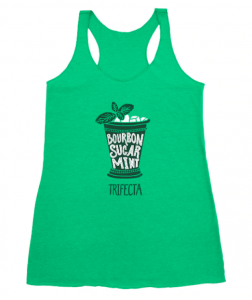 In the middle of the 19th century, a bare-knuckle boxer and casino owner transformed a spa town in upstate New York.

An Irish immigrant who had come to the U.S. with his parents when he was a child, John Morrissey had earned the nickname “Old Smoke” when, during a bar fight, he was pinned to the coals from an overturned stove, burning his skin and his clothing.

After a seedy beginning, he was well on his way to respectability in 1863, and he had already opened a casino in Saratoga Springs. But casinos operated only at night, and he sensed that his rich and social customers would welcome a daytime diversion.

More than a century later, Kurt Rossner, who grew up near Saratoga, brought some of his friends from the College of St. Rose in Albany to the track’s summer racing meet, among them Adrian Szamreta, a native of Toronto.

“That changed my senior year,” wrote Szamreta in an e-mail. “I immediately fell in love with the pageantry and tradition in horse racing, and I was drawn to the passion and emotion of the those involved.”

Rossner had grown up going to the track, but after graduation, he embarked on a career in medical sales, while Szamreta worked for Special Olympics in Canada, eventually becoming the organization’s senior director for global school and interscholastic sports.

But the men, along with other members of their college baseball team, stayed in touch and gathered regularly at the track. While both were happy in their careers, they also harbored notions of ditching their day jobs to start a racing-related career.

“I started to notice the lack of a brand that I could identify with,” wrote Szamreta. “My options to demonstrate my passion for the sport were limited.”

While many racetracks market an upscale, high-society experience, Rossner and Szamreta elected to go in another direction, creating t-shirts and hats.

A post on the company’s website reads, “[Rossner and Szamreta] discussed their ideas for creating a clothing line fitting for the finest of racetrack clubhouses, complete with seersucker suits, blazers lined with colorful jockey silks, and bow ties.

The conversation was lively and productive, but despite how exciting the prospect of finally launching their dream brand seemed, that quiet little whisper was there telling them that something just didn’t quite feel right.”

“We aren’t high end fashion guys,” the post continued, “we are t-shirt and jeans guys. Let’s make products for who WE are.”

One style features a daily double of racing arcania: the method of indicating that a horse is part of an entry and John Morrissey’s nicknameProvided by Old Smoke Clothing Co.

As a die-hard horse racing fan,” Szamreta wrote, “I saw a tremendous opportunity for a prosperous operation that could shake up a somewhat stale industry and grow into a major player in the horse racing world.”

The website represents the first step in a three-point business strategy. The company also creates custom clothing for various entities in racing, and it expects to announce shortly a deal with a major Thoroughbred ownership partnership, and looking ahead, Rossner and Szamreta hope to develop “Old Smoke commemorative,” a way of celebrating a horse’s win with more than a winner’s circle photo.

They are also in discussion with racetracks to sell their clothing on-site, and they hope to have a store in downtown Saratoga in the next five years.

As a result of the partnership, Old Smoke will be the presenting title sponsor of ABR’s America’s Best Racehorses feature and appear in other ABR content. Old Smoke will also be a presenting prize sponsor on ABR’s app Stay Lucky and will provide Old Smoke t-shirts to ABR “guests and influencers.”

“We’ve been huge fans of ABR for a long time,” said Rossner. “Their mission is the same as ours: to get more young people involved in horse racing.”

While Rossner declined to talk about the financial specifics of the company, including investment and sales, he did say that he and Szamreta had financed the entire launch themselves, including learning how to create their own website so that they didn’t have to hire a developer. He did say that 40% of sales have come from southern California, which surprised him.

“The only thing we don’t do,” he said, “is create the images. We don’t have the artistic skill to take our concept and put that to paper.”

That job lies with Erik Hoover, whose designs include other nods to racing history like the Travers canoe and the Preakness weathervane, both of which are painted in the colors of the winning horse each year.

The invocation of historical racing icons is deliberate, if possibly esoteric; John Morrissey doesn’t appear anywhere on the Old Smoke website, which may well leave many customers oblivious to the meaning of the brand’s name.

“It’s a subtle, historical nod,” said Rossman. “I’m obsessed with John Morrissey’s tales, and this is our ode to Saratoga, but I didn’t want to alienate racing from places other than Saratoga.”