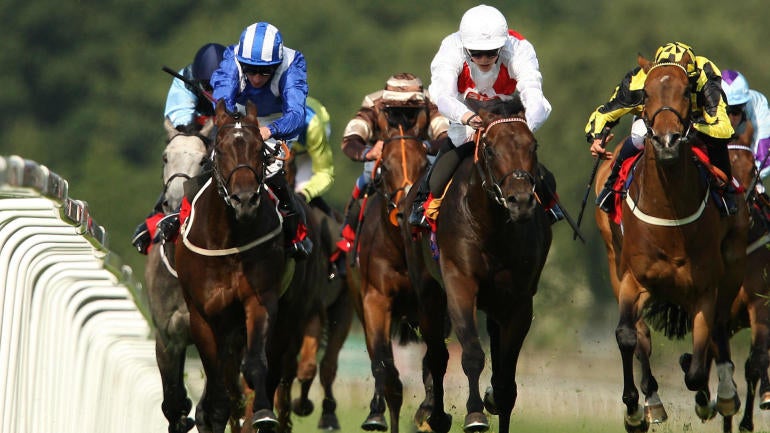 A competitive field of milers will enter the starting gate at 7:30 p.m. ET for the 2019 Penn Mile on Saturday for the biggest race of the year at Penn National Park in Pennsylvania. The $500,000 stakes race features a strong field — eight of the nine entered have at least one victory, and six of the nine have two-plus wins. A Thread of Blue, the three-time winner who has finished third or better in six straight races, is the 5-2 morning line favorite in the latest 2019 Penn Mile odds. Forty Under, a two-time winner, is at 7-2, while Empire of War, yet another multi-time winner, is at 9-2 odds. Real News, who has finished first or second in all three of his career races, is next at 5-1, with the Bill Mott-trained Casa Creed at 6-1. With very little separating the top horses on Saturday, you’ll want to hear what SportsLine’s Jody Demling has to say before making any 2019 Penn Mile picks of your own.

A fixture in the horse racing world who has been writing about, talking about and betting on races for years, Demling is on a hot handicapping run. In January he nailed the superfecta at the prestigious Pegasus World Cup — a $678 payout on a $1 bet. The following month he hit the superfecta at the Robert B. Lewis Stakes and correctly picked War of Will to win the Risen Star Stakes.

Now, Demling has analyzed the entire 2019 Penn Mile field and released where he says every horse will finish, along with his exacta, trifecta and superfecta picks. He’s sharing all of it only at SportsLine.

We can tell you that Demling wants no part of Empire of War, one of the favorites at 9-2 odds. Trained by Todd Pletcher, this horse looked to turn a corner with back-to-back victories in the fall.

But he has struggled in his last two races, and neither of them had close to the amount of competition expected at the Penn Mile. “Empire of War has not looked the same in his last two starts,” Demling told SportsLine. “There is better value in this field.”

Instead, Demling likes the chances of Real News, the horse with 5-1 odds that Demling says has a real chance to hit the board, if not more.

Real News has raced only three times ever — after winning in a sprint at the Fair Grounds in January, he took nearly three months off then raced a pair of turf events, taking second in both. His lineage as the son of The Factor, a retired five-time stakes winner for trainer Bob Baffert, doesn’t hurt.

“Real News has won or been close to winning in all his races so far. I expect he’ll do the same on Saturday at the Penn Mile,” Demling added.

Demling is also very high on a horse coming into this race off a loss. He is only sharing which horse it is, along with his entire projected 2019 Penn Mile leaderboard, over at SportsLine.

So which horse wins the 2019 Penn Mile, and which coming into the race off a loss has a big chance? See the complete 2019 Penn Mile odds below, then visit SportsLine to see Demling’s detailed Penn Mile picks, all from the horse racing expert who’s on an incredible handicapping run.