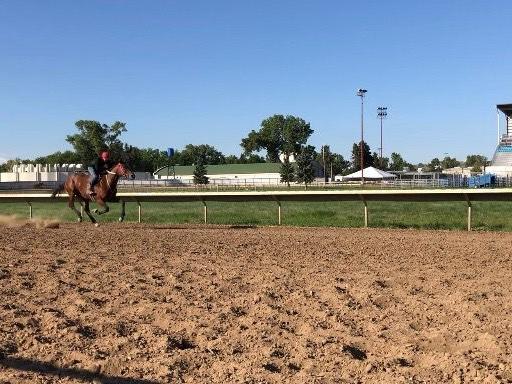 GREAT FALLS – The State Fair Race Meet at the Montana ExpoPark is here. It’s only one of two horse racing meets left in the Treasure State, leaving many people in the horse racing community disheartened.

“At one-time horse racing was the only place you could go bet. Now there’s a casino in every corner, and there’s a lottery,” said Raleigh Swensrud, the residing state steward of the Montana Board of Horse Racing.

“This is our livelyhoods. This is our job. This is what I do,” said Jill West, a trainer in Lethbridge, Canada.

The amount of money that’s coming in isn’t the only thing that’s dropping. There used to be 14 race tracks and 140 days of racing. Now, this is just one of two tracks left with only eight days of racing a year.

“That would be nice to get Montana going again up in Missoula, and all the other tracks they used to run because now it’s just Miles City and here,” said Brain Beetem, a jockey from Pine Ridge, South Dakota.

“It is so sad. We used to run in Kalispell. God, I’d love to see that place go again, but it’ll never happen, I don’t think,” said West.

“I wish we had more race days,” said Swensrud.

The future of horse racing in Montana is still very much up in the air. A matter of fact, Horse Racing Author and Historian Brenda Walher even calls it endangered, and trainers agree.

“It’s not cheap running a barn with 16 head and paying riders. It’s very costly. At the end of the day, we’re not getting rich. We like doing this job,” said West.