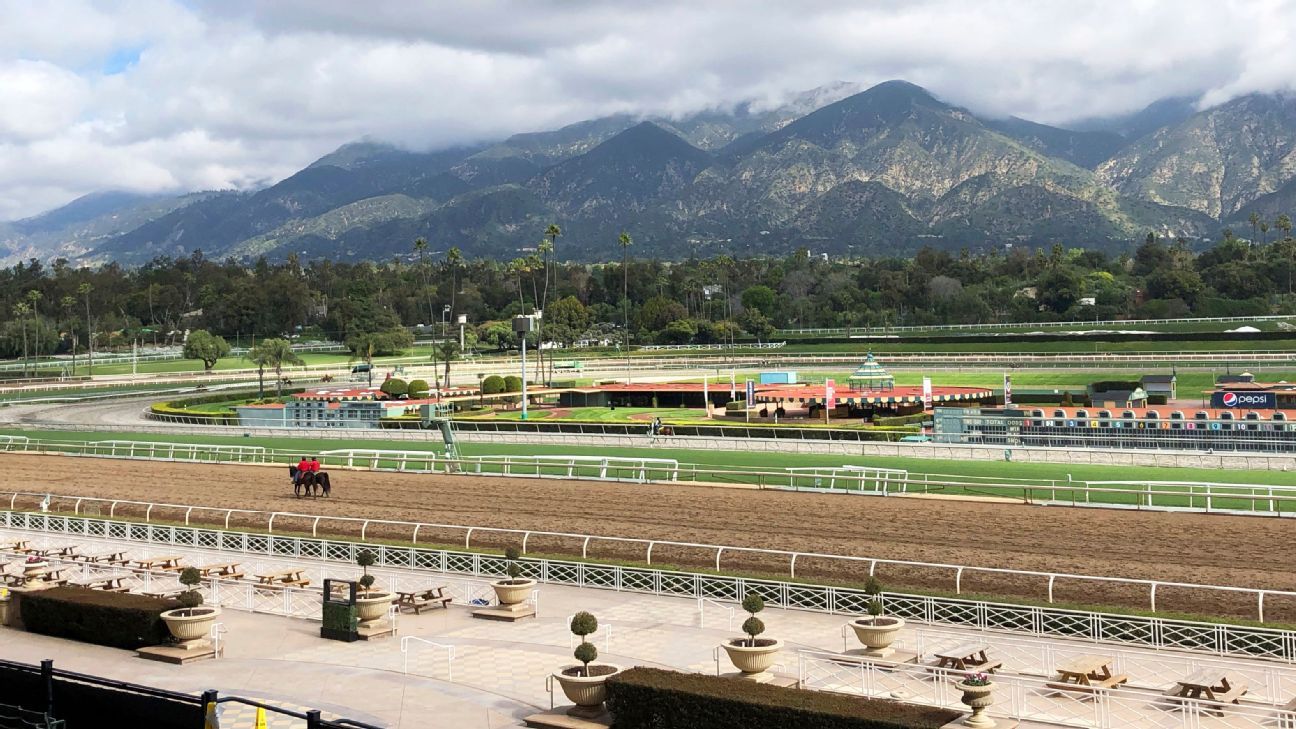 ARCADIA, Calif. — A two-horse spill in the $100,000 San Simeon Stakes on Sunday at Santa Anita Park led to the 23rd equine fatality at the Southern California track in just over three months.

Arms Runner injured his right front leg and fell in the Grade 3 race on turf two days after Santa Anita reopened to racing after it was closed for nearly a month.

That caused a trailing horse, La Sardane, to fall. The 5-year-old mare got back on her feet and didn’t appear to sustain any injuries. Jockey Ruben Fuentes didn’t ride the rest of the day.

Fuentes was a late replacement for scheduled rider Joel Rosario.

Arms Runner was tended to by track veterinarians and vanned off. Track stewards said the horse trained by Peter Miller was euthanized. Arms Runner had three wins in 13 career starts and earnings of $125,292, according to Equibase.

The accident occurred as the horses crossed the dirt surface during the transition from the hillside turf course to the main turf course.

The majority of the fatalities at the Arcadia track since Dec. 26 have occurred on the main dirt surface.

“While this incident happened during competition on a track that has been deemed by independent experts to be safe, we are working closely with the California Horse Racing Board to understand if there was anything additional that we could have done to prevent today’s tragedy,” according to a statement issued by the track.

“Today’s incident speaks to the larger issue of catastrophic injuries in horse racing that The Stronach Group together with our industry stakeholders are working to solve throughout California and across the country.”

The rest of the nine-race card was completed after the accident.

The track closed March 3 so officials could inspect and renovate the dirt surface after the series of fatalities that have drawn national attention outside the sport and criticism from animal welfare groups.

Track officials have not announced a singular cause for the unusual number of deaths.

The Stronach Group, which owns Santa Anita, announced an immediate reduction in the amount of anti-bleeding medication Lasix allowed on race days. The California Horse Racing Board approved the measure, and it took effect Friday.

A proposed rule that would eliminate the use of whips, except in cases in which a horse’s or jockey’s safety is involved, still requires the approval of various state agencies.