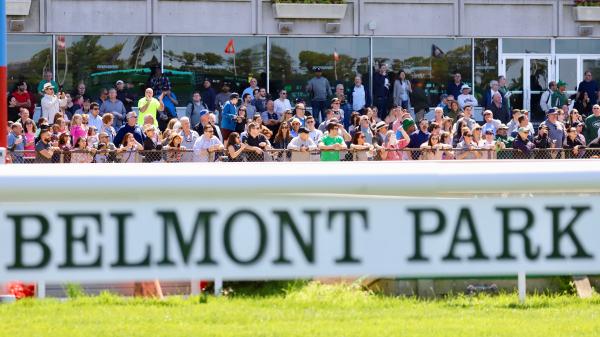 Many eyes will be on the field for the Grade 3, $200,000 Bold Ruler Handicap if for no other reason than to see how Maximum Security performs after being entered and then scratched from the Grade 1 Pennsylvania Derby Sept. 21. Having won the Grade 1 Haskell Invitational Stakes two races after finishing first in the Grade 1 Kentucky Derby Presented by Woodford Reserve (subsequently disqualified to seventh), there’s little doubt Maximum Security will be the betting favorite in this race although he is facing older horses for the first time in his career. Killybegs Captain enters the race off a big finish when winning the Grade 3 Frank J. De Francis Memorial Dash and could be up to the task as a powerful finisher in a race where the early pace could be very fast. Prince Lucky has won half of his 14 career starts, including the Grade 2 Gulfstream Park Mile Stakes in the spring, and comes into the Bold Ruler off a fine runner-up effort in the Grade 2 Kelso Handicap last month. True Timber finished third in the Kelso and finished second in the 2018 Bold Ruler, so he appears to fit as a contender as well. Although he has won just once in six races this year, Diamond King has proved very competitive with a number of second- and third-place finishes in stakes, including a runner-up finish in the Parx Dirt Mile Stakes last month. Knicks Go, winless in nine races since posting the upset in the Grade 1 Claiborne Breeders’ Futurity a year ago this month, is the most likely early leader and may prove elusive. Tale of Silence hasn’t seen the winner’s circle since taking the Grade 3 Westchester Stakes in May 2018 and may be a bit overmatched here, while Wonderful Light is running in a graded stakes race for the first time and is another who appears a bit out of his league.

Killybegs Captain rallied from nine lengths back in the early stages of the Frank J. De Francis Memorial Dash last month and was in front by the time the field passed the eighth pole in a visually impressive performance. Earning his first graded stakes win with that effort, it must be noted that he had lost six races in a row prior to that. However, it must also be noted that the previous win, in the Pelican Stakes in February of this year, was his second win in a row. Now that Killybegs Captain has rediscovered his winning form, I think he can do it again because the 109 Equibase Speed Figure he earned in that race is tied for the best last-race figure in the field with probable heavy favorite Maximum Security. Additionally, because Killybegs Captain is going to have a fast pace to run at, courtesy of Knicks Go and Diamond King, jockey Eric Cancel (who rode Killybegs Captain perfectly in the De Francis) should be able to get the same kind of effort once again, which could lead to the upset victory in this race.

Prince Lucky likes to win races, having won seven of 14 career starts. After taking back-to-back graded stakes in the winter and spring, including a career-best 112 speed-figure effort in the Grade 3 Hal’s Hope Stakes in February, Prince Lucky went off form and ran badly in two straight races. Returning to the winner’s circle in the State Dinner Stakes in July at Belmont Park, Prince Lucky ran an exceptional race last month in the Kelso Handicap when he led midrace then battled head-and-head the rest of the way. Although beaten a half-length at the finish line, Prince Lucky was three lengths clear of True Timber and the rest of the field and earned a 105 figure. Prince Lucky won his only start at this seven-furlong trip and jockey John Velazquez, who has been in the saddle for the horse’s last four wins, rides again today. From a good outside post, Prince Lucky will get a great view of the pacesetter and could return to top form with a repeat of his Hal’s Hope Stakes effort in February.

After being disqualified from first in the Kentucky Derby, Maximum Security returned six weeks later with a disappointing second-place finish in the Pegasus Stakes before winning the Grade 1 Haskell Invitational. Scheduled to run next in the Grade 1 Pennsylvania Derby Sept. 21, Maximum Security was scratched from that race so there are certainly questions about his ability to maintain top form. However, as he has proven in all seven career starts, when Maximum Security steps foot on the track he is a fantastic athlete, having finished first in six of seven races (disqualified in one of those races) and having run second in the other. With speed figures of 111, 106, and 109 in his last three efforts, Maximum Security should be even more mature toward the end of his 3-year-old season and we can expect another “A” race good enough to win. However, he will most likely be the prohibitive favorite.