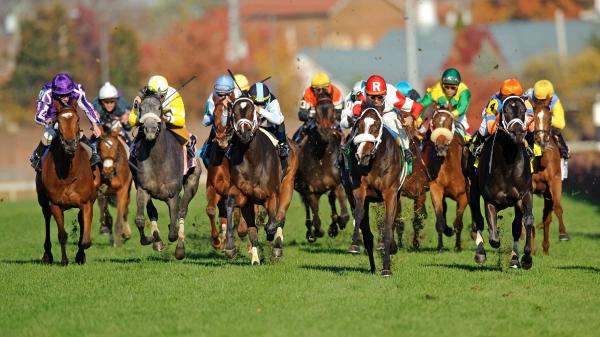 There are times when expert handicapping is just part of the equation when it comes to making money at the races.

It’s surely a major part, but a gambler still has to wager properly or a golden opportunity can slip away.

Win bets are effective on one level, yet players who like exotic wagers have to be a bit more open-minded. As much as they might like one horse to win, there could be multiple horses to use underneath their pick in the exacta.

Especially in a turf race.

There are usually more horses in a turf race than a dirt race, and there’s inherently more uncertainty in those races, and it’s not just based on the quantity of horses. In turf races for younger or more inexperienced horses, the unknown can play a major role in the outcome.

The reason is simple. Just because a horse flops on dirt doesn’t mean that horse will not perk up in its turf debut and turn in a big effort.

For example, let’s look at the 11th race at Churchill Downs on Sept. 21. It was a maiden special weight race on the turf for 2-year-old fillies.

If you liked In Good Spirits, it wasn’t because of her career debut. She was fifth that day in a race that switched from turf to dirt.

Now she was trying turf and she had an interesting pedigree for it as a daughter of Ghostzapper out of an Arch mare.

Clearly, a lot of people liked her chances of rebounding on turf as she was sent off at 3.40-1 odds.

So, if you liked her, who should you use with her in the exacta? There was the favorite, Hey Kitten, who was second on turf in her last race and was definitely a filly to consider using.

Yet if you liked In Good Spirits, there was a lesson to keep in mind. If one horse in the race could thrive in its turf debut, why couldn’t another?

Therefore, in playing the exacta with In Good Spirits, you could either wheel her with her with every other horse in the race or play her with the logical contenders and the other fillies in the race who were trying turf for the first time.

If you followed either of those strategies, you had to be delighted with the outcome.

As for the runner-up spot, Turnstone also showed little in her career debut on dirt, finishing eighth at 16.50-1 odds. But on turf, where she was dismissed at 51.40-1 in the Sept. 21 race, Turnstone turned the corner and finished second, edging Hey Kitten by a neck.

As a result, if you used In Good Spirits with all of the other horses or the logical options and the horses trying turf for the first time, you not only collected an $8.80 win price but also a $331.40 exacta – if you understood the inherent unpredictability in the race and bet accordingly in the exotics.