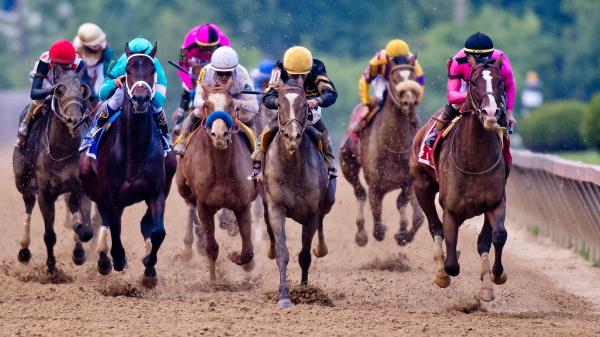 Veteran horse racing writer Tom Pedulla offers his view of the most significant stories of 2019 in Thoroughbred racing in the United States.

EQUINE FATALITIES: For those whose lives and livelihoods revolve around horses, one death is one too many. It was therefore not surprising that a string of equine fatalities at Santa Anita Park early in 2019 led to a hard look at every aspect of the industry and prompted widespread calls for change. After the first 13 Breeders’ Cup races were run in November without incident and showcased the grandeur of world-class racing, Mongolian Groom became the 37th horse lost at Santa Anita when he sustained a catastrophic injury to his left hind leg during the stretch run of the Longines Breeders’ Cup Classic and was later euthanized.

SAFETY COALITION: Breeders’ Cup Ltd., Churchill Downs, the Del Mar Thoroughbred Club, the Keeneland Association, the New York Racing Association and The Stronach Group banded together in November to form the Thoroughbred Safety Coalition. “Our challenge is multifaceted, but our objective is simple – to make our sport safer,” said Drew Fleming, Breeders’ Cup president and chief executive officer. The need for change is so urgent that it united the industry’s major players, even though their business interests may differ. “It’s going to take everyone in this industry, from sharing information, sharing best practices, and pushing each other as much as we can,” said Mike Rogers, president of The Stronach Group’s Racing Division.

UNPRECEDENTED DERBY DQ: Maximum Security became the first horse to be disqualified for interference in the 145-year history of the Kentucky Derby Presented by Woodford Reserve after a lengthy review by stewards determined that he and jockey Luis Saez moved out around the final turn, bumping War of Will and compromising the placement of several horses. Maximum Security was dropped to 17th. Longshot Country House was awarded the victory, the first for Hall of Fame trainer Bill Mott. Not surprisingly, Mott said of the outcome, “It’s bittersweet. I’d be lying if I said it was any different.”

IMPRESSIVE REBOUND: War of Will, placed seventh in the Derby after stewards determined that Maximum Security interfered with him and others, got the fair shot in the Preakness Stakes that trainer Mark Casse had hoped for on the first Saturday in May. He broke from the rail and received a flawless ride from young jockey Tyler Gaffalione to give the rider and trainer their first Triple Crown wins. “He’s got so much heart. We always knew he had ability,” Gaffalione said. “We just had to get a little bit lucky.”

PERFECT SEASON: Bricks and Mortar, attempting a mile and a half for the first time in the $4 million Longines Breeders’ Cup Turf, passed the stiff test with a courageous head victory against longshot United to cap a 6-for-6 campaign and stamp himself as the leading candidate for Horse of the Year. “The horse showed up, and he showed up in every race he’s run his whole career,” said trainer Chad Brown. The Turf, the career finale for Bricks and Mortar, marked his 11th victory in 13 lifetime starts with two third-place finishes. He earned more than $7 million.

REWARDING JOURNEY: Owner Mike Repole and trainer Todd Pletcher do not typically ship their best horses to the West Coast whenever the Breeders’ Cup World Championships are held there, preferring to focus on targets closer to their New York base. They parted from the norm in sending Vino Rosso to Santa Anita to win the Gold Cup in late May and used knowledge gained through that experience to send Vino Rosso back for an authoritative 4 ¼-length decision against McKinzie in the $6 million Longines Breeders’ Cup Classic. It was the first Classic score for Pletcher, winner of a record seven Eclipse Awards as leading trainer in North America. “It’s so special for us and our organization,” Pletcher said. “It was one thing I was missing.”

DERBY DREAM DASHED: Few trainers command the respect that Richard Mandella does. There was a great deal of sentiment riding with him as he prepared favored Omaha Beach for the Kentucky Derby. Then, approximately 72 hours before the race that has eluded Mandella throughout his Hall of Fame career, came the news that his celebrated colt would have to be scratched with an entrapped epiglottis, a condition that hinders breathing and would have to be repaired surgically. Mandella never hesitated in making the decision to scratch. “It would be a horrible feeling to have him not finish well and know that I was at fault for running him,” he said. “So we had to do the right thing by the horse and that is to give it up and go to the next step.” Omaha Beach returned to post a game win in the Santa Anita Sprint Championship in October before running second in the Big Ass Fans Breeders’ Cup Dirt Mile. He then closed out a stellar 2019 campaign with a convincing win in the Runhappy Malibu Stakes.

PERFECT PLAN: When stewards placed Code of Honor second in the Derby following the disqualification of Maximum Security, Hall of Fame trainer Shug McGaughey quickly ruled out the Preakness and Belmont to target the Runhappy Travers Stakes. The result was an impressive three-length victory that gave owner-breeder Will Farish his first triumph in the famed “Mid-Summer Derby” and McGaughey his fourth. In an industry in which plans often go awry, McGaughey took pride in one that worked out perfectly. “I was confident I couldn’t have done a better job than I had done,” he said. “It was the best I could do.”

SHOCKING JUVENILE: Everything went Storm the Court’s way when he registered a shocking upset in the TVG Breeders’ Cup Juvenile at 45.90-1. For one thing, the $60,000 purchase as a 2-year-old in training benefitted from the addition of blinkers, a change suggested by jockey Flavien Prat to trainer Peter Eurton. And the door to an upset swung wide open when huge favorite Dennis’ Moment stumbled at the start while well-regarded Eight Rings never ran to expectations. Ryan Exline, part of the ownership group, said of the bargain buy: “Wasn’t a ton of pedigree on the page, but we got a horse we felt had some talent.” Sure enough.

BELMONT BREAKTHROUGH: It was hard to like Sir Winston beyond his name entering the Belmont Stakes. Owner-breeder Tracy Farmer had named him for legendary Winston Churchill, but the colt showed only two victories, both on Woodbine’s synthetic surface as a 2-year-old, from nine career starts. Still, trainer Mark Casse was not discouraged. He recalled telling Farmer during the youngster’s struggles, “Don’t give up on him. It’s crazy, but I see something.” When Sir Winston pounded out a one-length victory against favored Tacitus, it gave Casse consecutive victories in Triple Crown races after success in the spring classics had eluded him before.