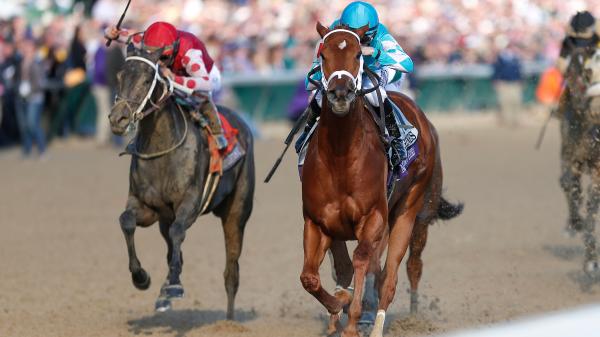 The Longines Breeders’ Cup Distaff has been around since the event’s 1984 inception and has cemented itself as one of the most legendary Breeders’ Cup races. Featuring thrilling finishes from some of the sport’s top stars, the Distaff is a can’t-miss race each year and the 2020 edition is just days away on Nov. 7.

Read on for 10 fun facts about this year’s race at Keeneland Race Course in Lexington, Ky.

1. Monomoy Girl is competing for her second Distaff title. She won in 2018 as a 3-year-old and was forced to take all of 2019 off due to injury, but has returned with three wins from three starts this year.

4. Trainer Bill Mott could win the Distaff for a record sixth time if Horologist is successful. His current record of five wins includes those by Ajina, Escena, Unrivaled Belle, and Royal Delta (twice).

5. This year is the second time the race will be held at Keeneland and the first time it will be run with no fans present, due to COVID-19. The horses’ owners, trainers, and caretakers will of course be watching live on-track in a safe manner.

6. The Distaff has the smallest field size of any Breeders’ Cup race, with just nine contenders on average. This could be because the race attracts some of the very best racehorses (who are strong favorites) each year, scaring off some of the lesser competition.

7. Swiss Skydiver could become the first Preakness Stakes winner to ever win the Distaff. The filly defeated her male peers in the final leg of the Triple Crown on Oct. 2, but there is a chance she runs in the Longines Breeders’ Cup Classic rather than the Distaff.

9. Four of the eight biggest margins of victory in Breeders’ Cup races came in the Distaff, topped by Inside Information’s 13 ½-length win in 1995.

10. The average winning payoff in the Distaff is $17.75 on a $2 bet, the fourth-lowest average among all Breeders’ Cup races.