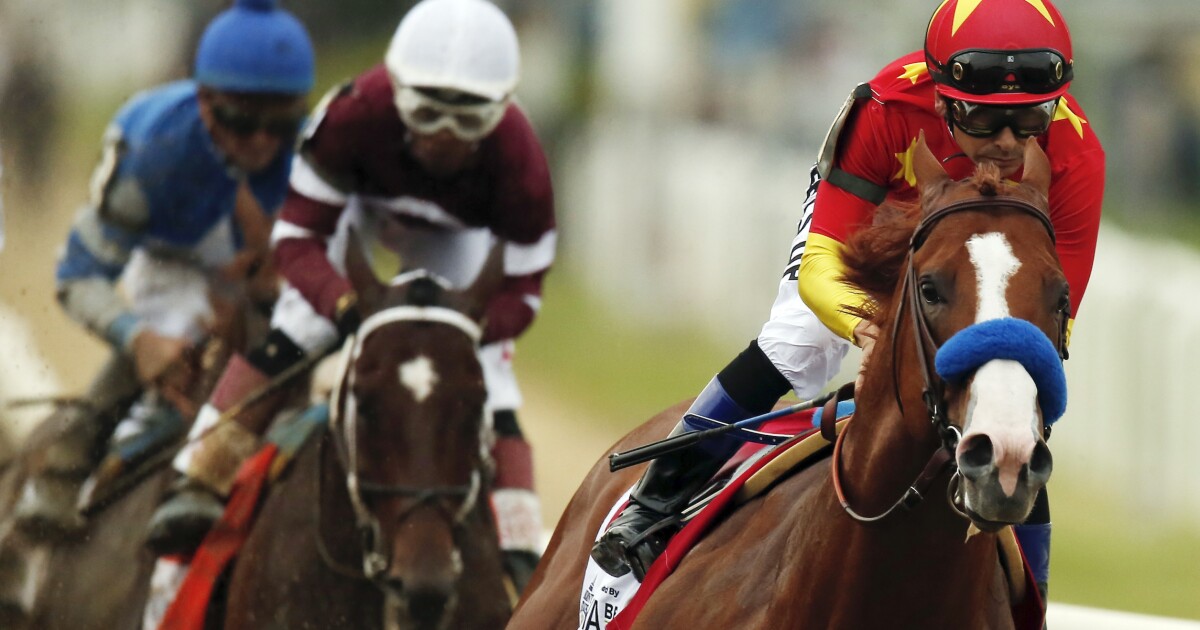 A bombshell New York Times investigation published this month uncovered that Justify, winner of the 2018 Triple Crown, failed a drug test shortly before the Kentucky Derby — a finding that should have disqualified the colt from competing for the ultimate prize in U.S. horse racing.

Worse still, the unusual circumstances surrounding the failed drug test suggest a possible cover-up by the California Horse Racing Board, whose purported mission is to ensure the integrity and safety of the state’s horse racing industry. The board’s secrecy and lack of enforcement is simply another sign that action is urgently needed to regulate the use of banned substances.

Justify first tested positive for scopolamine — a prohibited drug that can enhance performance — in April of 2018 after winning the Santa Anita Derby. If the name Santa Anita rings a bell, that’s because it’s the famous racetrack that has seen an alarming 31 horse deaths since December.

Sadly, there’s little integrity left in the multibillion-dollar horse racing industry, with widespread doping problems and hundreds of American racehorses dying on tracks each year — a fatality rate that far exceeds that of other racing jurisdictions around the world.

A 2019 survey commissioned by The Jockey Club found that horse fatalities, the use of drugs and overall corruption are the most significant factors influencing public perception of the industry. Only about one-fifth of Americans have a positive view of horse racing.

Hall of Fame trainer Bob Baffert said in a statement that Justify had inadvertently ingested scopolamine from jimson weed contaminating his feed. However, the amount of the substance detected through testing — 300 nanograms per milliliter — was excessive and could point to the deliberate use of scopolamine to give the thoroughbred a performance edge. A second test after Justify won the Kentucky Derby, the first leg of his march to a historic Triple Crown victory, confirmed the positive result. Rather than disqualify Justify and file a formal complaint, the state racing board quietly dismissed the case.

Beyond the bad optics of this case (Chuck Winner, chairman of the California racing board at the time, owns horses trained by Baffert), there’s a more fundamental conflict of interest in tasking state-level racing boards, run by industry insiders, to oversee the use of drugs in a national sport where horses compete across state lines.

Introduced in the House by Kentucky Rep. Andy Barr and Rep. Paul Tonko of New York, and in the Senate by New York Sen. Kirsten Gillibrand and Sen. Martha McSally of Arizona, the bipartisan legislation has racked up impressive endorsements from animal welfare groups and key industry players, including The Jockey Club, the Breeders’ Cup, the Kentucky Thoroughbred Association, and The Stronach Group, which owns Santa Anita and other major racetracks. With 146 cosponsors and counting, the bill is well-positioned to pass Congress should leadership bring it to the floor for a vote.

Notably, this legislation would substantially increase out-of-competition drug testing to catch bad actors early, and would adopt the international standard of prohibiting race-day medications. Administering drugs shortly before a race can mask the warning signs and symptoms that precede a horse’s catastrophic breakdown, while giving equine athletes an unfair competitive advantage.

Gradually, race tracks are coming on board. In April, major tracks — including all three hosts of the Triple Crown — agreed to phase out over the next two years the use of Lasix (a potent diuretic that can cause significant weight loss). While Lasix can help prevent respiratory bleeding in horses running at high speeds, less than 10% of racehorses suffer from this condition.

Meanwhile, a staggering 95% of all racehorses are administered Lasix as a potential performance enhancer — even when it compromises an animal’s health. As one of the leading trainers at Penn National Race Course testified in federal court, “almost everybody” dopes their horses in order to win — “95% to 98%.”

Unlike some professional athletes who deliberately try to cheat the system by taking performance-enhancing drugs, racehorses are at the mercy of their owners and trainers. The Horseracing Integrity Act would help protect equine athletes from some of the worst abuses of power plaguing the industry.