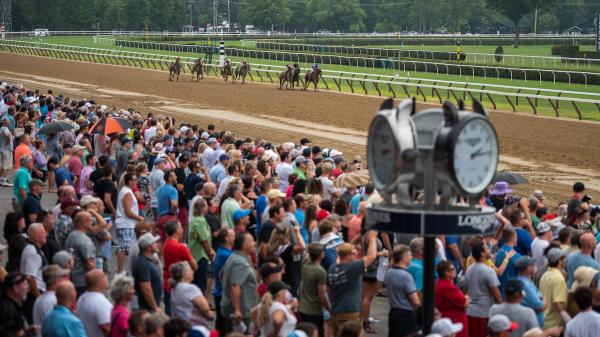 These days, many racetracks rely on races for state-breds to fill their cards on a daily basis.

These races are restricted to horses bred in that state, which, unless we’re talking about Kentucky, inevitably means the competition in those races will be weaker to some degree than an open race in which horses from any state can enter.

Conversely, when a horse leaves open company after a solid effort and returns to the state-bred ranks, it deserves extra attention.

To illustrate, let’s look at the eighth race at Saratoga on July 31. It was a five-furlong allowance race on the turf for fillies and mares bred in the state of New York.

In the field of 12, nine of them had last competed in a state-bred race. That left three non-conformists, each coming off of a good effort against open competition.

Ailish had just won a starter allowance race, while Theaterintheround was victorious in a $35,000 claimer for non-winners of three races lifetime and Dancingwthdaffodls was a half-length behind Theaterintheround in second.

All three could have remained in open company, but instead they were returned to the state-bred ranks to run for a larger amount of purse money.

A plausible reason for that move was that the race against open company was a nice step forward that had those horses poised for another big effort.

If you bought into that theory, then you were looking at some great wagering opportunities.

Now, it would be great to report that Dancingwthdaffodls did indeed win and pay $58.

But let’s say you took the three horses and boxed them in an exacta, which would cost $12 for $2 tickets.

How did that work out?

Well, Dancingwthdaffodls was sixth, but she was forced to steady behind a wall of horses and only lost by 3 ¼ lengths.

If you backed her and her alone at betting windows, the return was $17 for a $2 win bet.

All in all, it was certainly a nice bit of profit for absorbing a lesson in the differences between state-bred and open races.