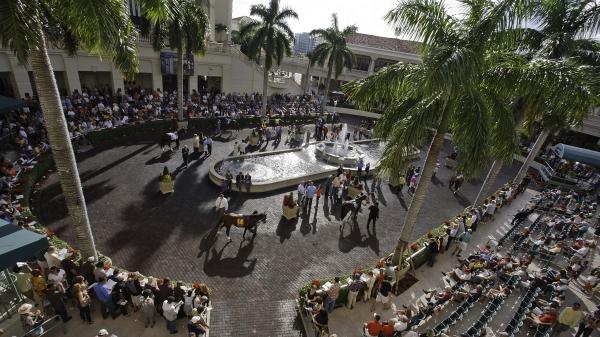 The Xpressbet.com Florida Derby is one of the marquee Kentucky Derby presented by Woodford Reserve prep races and arguably the biggest day of racing in South Florida each year. This year’s race has attracted a competitive field of 3-year-old Derby hopefuls, including Code of Honor, Harvey Wallbanger, and Bourbon War, to compete at Gulfstream Park on Saturday.

Read on for 12 key facts about the 2019 edition of the historic race.

1. A total of 24 Florida Derby runners went on to win the Kentucky Derby, more than any other prep race. Recent Florida Derby winners to pull the double include Always Dreaming (2017), Nyquist (2016), and Orb (2013).

2. The Florida Derby runners will compete for a $1 million total purse and 180 Kentucky Derby qualifying points. The winner will get 100 points, virtually guaranteeing him a spot in the Churchill Downs starting gate, and approximately $600,000.

4. Trainer Todd Pletcher has won the race four of the last five years and five times overall. He could run Overdeliver in this year’s race.

5. No horse has won the Florida Derby by a larger margin than Empire Maker. In 2003 he won the race by 9 ¾ lengths.

6. The list of Florida Derby winners reads like a “who’s who” of the sport, with horses like Nashua, Northern Dancer, Arts and Letters, Alydar, Spectacular Bid, Holy Bull, and Barbaro winning the race.

7. A whopping $49,909,070 was bet on Florida Derby day last year, the most of any day at the South Florida racetrack in its history.

8. The race has been decided by the slimmest of margins, a nose, on six occasions. The last such finish came when Ice Box hit the wire a nose in front of Pleasant Prince in 2010.

9. With five wins, John Velazquez has won more editions of the Florida Derby than any other jockey. He’s won three of the last four and is slated to ride Fountain of Youth Stakes winner Code of Honor on Saturday.

12. Williamston Kid is the biggest longshot ever to win the race, paying $183.60 on a $2 win ticket after his 1966 win via disqualification.