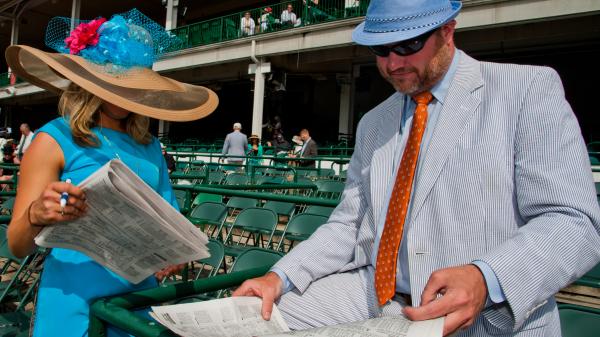 There’s an old expression about the third time being a charm. That charm can also come in handy when handicapping a horse race with a horse coming off a layoff in the not-so-distant past.

There’s really no golden rule about horses returning from a layoff. Some can win in their first start after the layoff. Others can benefit from that initial start and turn in a winning effort in their second start.

Then there’s the third start. Quite often, it’s the charm in returning a horse to top form, especially if the horse has turned in good efforts in its two previous tries.

Let’s look at Mr. Crow in the third race at Churchill Downs on June 15.

After finishing second in the Grade 1 Vosburgh Invitational on Sept. 29, he was sidelined until May 4 at Churchill Downs – Kentucky Derby day – when he battled for the lead in an allowance $80,000 optional claimer but weakened late and finished third.

Then, on June 1, he returned in the Aristides Stakes. Victimized by a poor start, he advanced from fifth and finished fourth, but was only 1 ¾ lengths behind the winner.

Off those two good efforts, Mr. Crow was then entered on June 15, once again racing in the allowance $80,000 optional claimer.

The price wasn’t huge – he was 4-1 on the morning line – but the third time a charm rule helped to explain the two losses since the layoff, and he looked like a very solid play.

And, in this instance, the third time was indeed a charm as Mr. Crow pressed the pace, grabbed a short lead in mid-stretch and then hung on to win by a head.