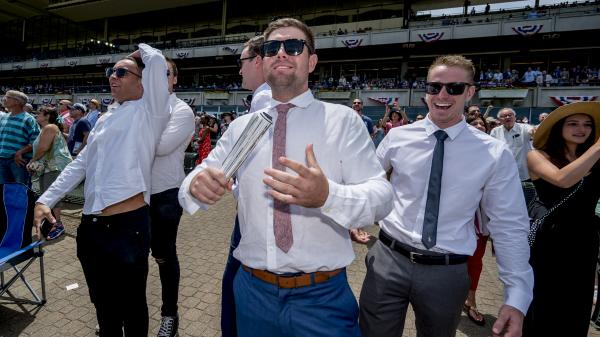 The Santa Anita Park meet was an emotional rollercoaster that finally let us get off on June 23. I won’t go into any details other than it’s been covered ad nauseam on social media.

I will take a minute to examine one thing that Santa Anita tried in vain. The new idea was a horse racing roulette bet.

I have spent my whole career in horse racing. The last two decades I have lived in Las Vegas. So I know a little bit about horse race betting and roulette betting.

I could have advised them for free last December that this idea was probably not going to work.

I wrote in my newcomer’s book “Betting on Horse Racing for Dummies” that racing has a bet tailored for novices. It’s the simple show wager. And years later I still feel that way.

I do think a few things should be done to show betting to make it more attractive.

First is lower the takeout (amount a track takes from a betting pool) to 10% from the 16-18% it is in most states. Even if that makes the show pool break even or a small minus it can be considered a loss leader like companies do with certain items in the retail business.

Now, tracks can lose money in huge minus show pools. My advice there is to eliminate show betting in that handful of races. Those races are fairly easy to predict. When a favorite looks like it’s going to be 2-5 or 1-5 odds, why bother.

I would then like to see nickel breakage in the show pool. I know this can be done because places like NYRA and Woodbine already offer it.

What makes show betting so easy for newcomers to learn and win is their horse can run first, second, or third to cash.

Now to generate potential larger payouts from show bets I suggest reintroducing show parlay cards. I guarantee most of you have been at the races with friends and partnered in a show parlay.

Here’s a simple example of how that works. Say four people put $5 apiece into a show parlay stake. That adds up to $20. If each of the four people picks a winning show horse in their race and it averages a $3 payout here’s how the $20 bill grows.

Bottom line show betting can be modernized and marketed to be a valuable newcomer bet. Most of the software needed is already written. It would just take a racetrack manager to spruce it up, put a bow on it and show it off to a new audience.

Richard Eng is the author of “Betting on Horse Racing for Dummies”, an introductory book for newcomers to the sport of horse racing.  For two decades, he was the turf editor and handicapper for the Las Vegas Review-Journal. He still handicaps the Southern California tracks and his picks are for sale at www.racedaylasvegas.com. You can email him at [email protected] and follow him on Twitter @richeng4propick and on Facebook.com.