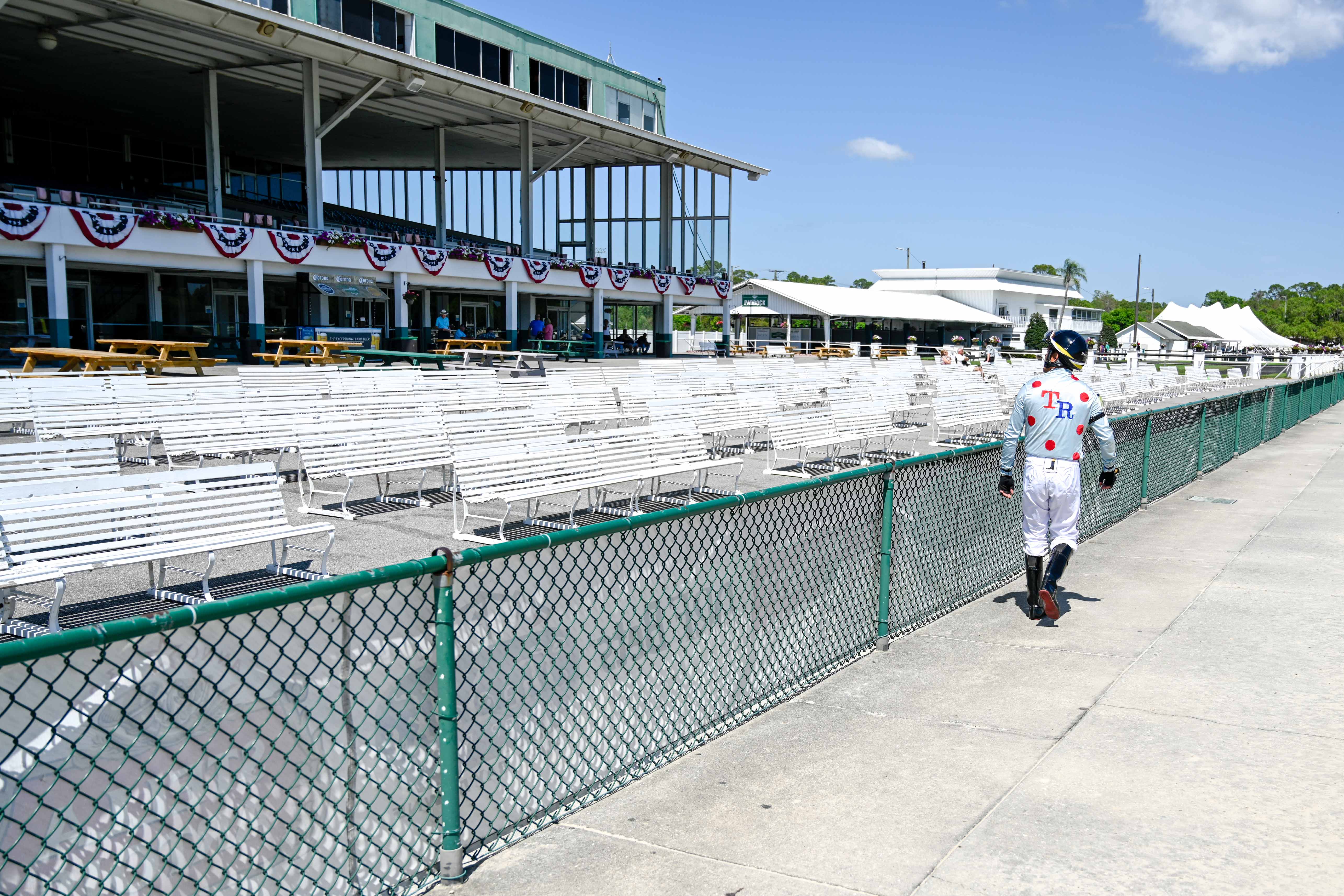 This was supposed to be the weekend we started taking the exit on the road to the Kentucky Derby. That won’t happen because of the coronavirus pandemic, of course, with the Run for the Roses moved from May 5 to Sept. 5 and the entire horse racing industry – like all of sports – thrown into chaos and confusion.

But there are hints that racing, along with golf, could be among the first sports to return in force (minus spectators in the new normal).

Gulfstream and Oaklawn Park, major tracks whose meets were already underway when the pandemic exploded, have continued to race without much interruption or issue. Now that we’re accustomed to not seeing any fans along the apron or in the stands the optics aren’t as startling.

Tampa Downs, also in the midst of its meet, was supposed to close May 3 but has received an extension to continue racing through May 30. Fonner Park (which has also added racing dates) and Will Rogers Downs are holding their meets as well, with Los Alamitos and Remington Park recently launching their quarter horse meets.

In California, Santa Anita, forced to shut down on March 27, submitted a proposal to health officials last week with strict guidelines and protocols for resuming racing (again with no fans). Track officials are awaiting a response but have said it would take seven to 10 days to have everything up and running when and if approval is given.

And Churchill Downs is pushing hard to open its stable areas (that was supposed to happen May 5 but has been put on hold) after delaying the start of its spring meet. Now track officials are holding out hope for a return sometime in late May.

The biggest remaining unknown is what will happen in New York, which has been under siege from the pandemic. The start of the Belmont spring/summer meet, scheduled for today, has been delayed indefinitely and there’s still no word on plans for the prestigious Saratoga season.

Having Churchill Downs and Santa Anita resume racing would be a significant first step toward the sport’s return, with racing able to scrape by without fans – unlike most other sports – because of the amount of wagering that is done online. Their return could help fill a void created when Oaklawn concludes its meet next weekend. Their leadership would go a long way as well.

Criticized early for continuing to race in the midst of the pandemic, Gulfstream and Oaklawn are now the examples the sport will look to as it tries to get more tracks up and running. Under the right guidelines and protocols there can be more expansive racing again. The emerging signs are that there will be – and perhaps even fairly soon.